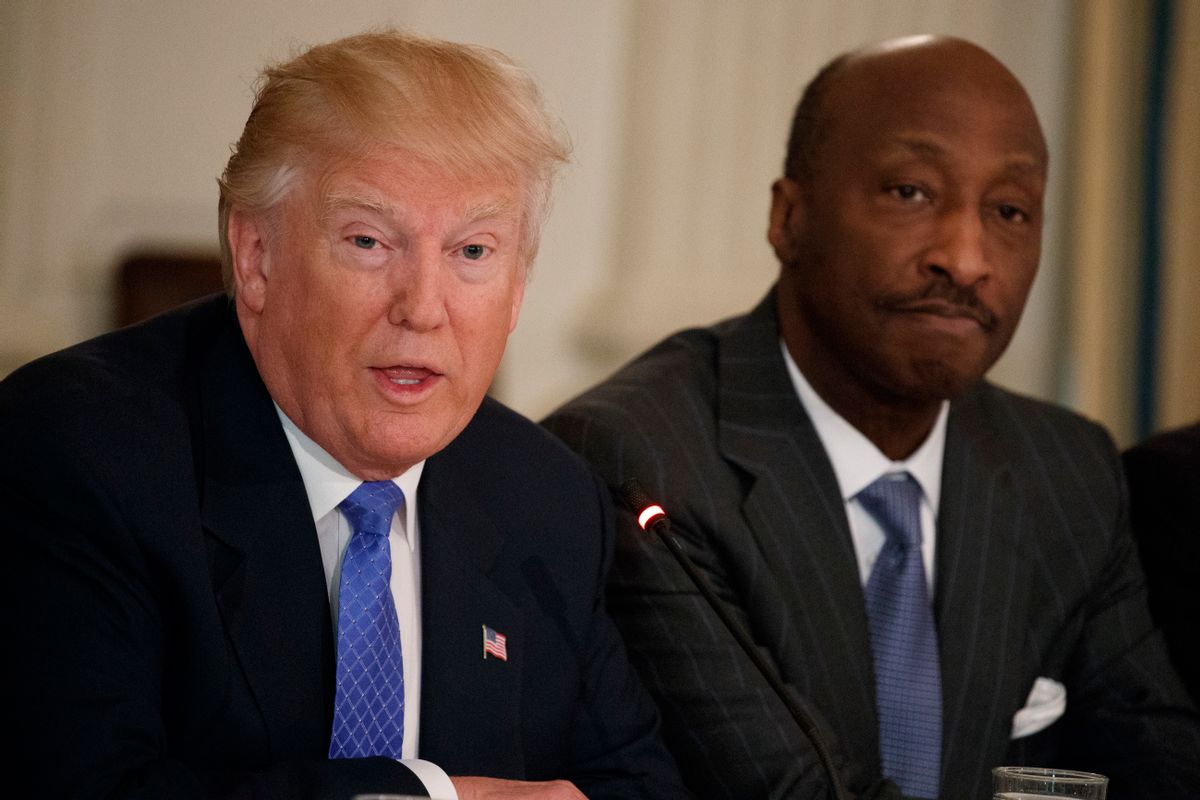 It took President Donald Trump less than an hour to criticize Merck CEO Kenneth Frazier for resigning Monday from the White House's American Manufacturing Council. Meanwhile, it's been two days since white nationalists and neo-Nazis overtook a college town in Virginia, and Trump has yet to publicly condemn them.

Frazier, an African-American, announced on Twitter Monday that it was Trump's inadequate response to Charlottesville that forced him to resign from the president's council.

"Our country's strength stems from its diversity and the contributions made by men and women of different faiths, races, sexual orientations and political beliefs," Frazier said in a statement. "America's leaders must honor our fundamental values by clearly rejecting expressions of hatred, bigotry and group supremacy, which run counter to the American ideal that all people are created equal."

"As CEO of Merck and as a matter of personal conscience, I feel a responsibility to take a stand against intolerance and extremism," Frazier added.

Trump wasted little time Monday to hit back at Frazier for his moral stance.

Critics have berated Trump for his paltry response to the white nationalist protests in Charlottesville, which left one dead and number of people injured. Trump said that "many sides" were at fault for the bloodshed, even though a white supremacist had been arrested for the killing of an innocent woman.

While a few contributors on Fox News felt that Trump gave an appropriate response to the attack, the president received almost universal condemnation from the rest of America. Frazier's resignation on Monday only highlighted the faulty ground where Trump stood over the weekend. Trump's response to Frazier's resignation only proved he has no intention of changing his position.