"We used to be progressive": Why is Pennsylvania lagging on alternative energy? 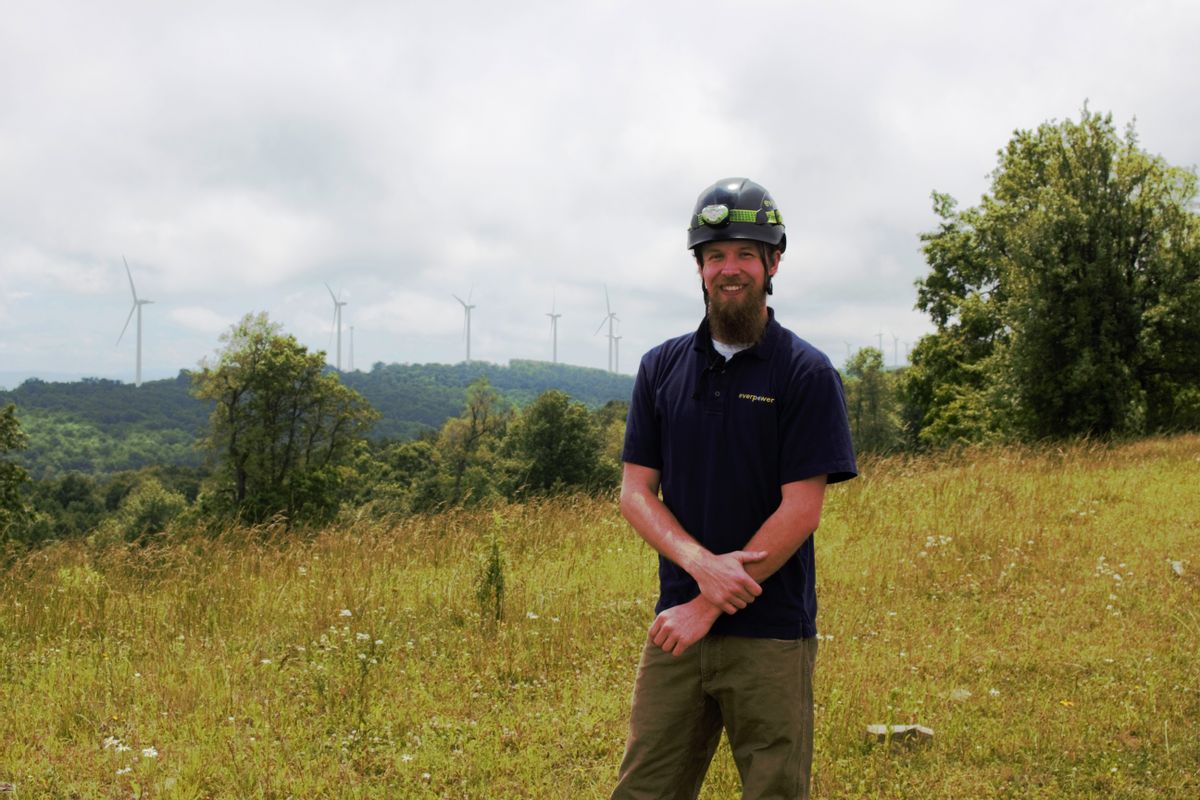 Up a gravel road and through three security gates, towering wind turbines stand rooted into the top of a mountain ridge. The bases reach 100 meters into the Southwestern Pennsylvania sky where the 44-meter-long blades slice through the air.

The company operates four wind farms in the western part of the state and is developing two more.

Widner lives about ten miles north of the Meyersdale, Pennsylvania site in rural Somerset County — a county that is also home to coal mines and natural gas wells. The wind farm provides additional revenue for the local area, he said, and “helps make sure our airways and waterways stay clean.”

“In this area especially we have a lot of guys who enjoy the outdoors, fishing, hunting, hiking, you name it,” Widner said.

Just about 4 percent of Pennsylvania’s energy comes from renewable sources — 1.6 percent from wind. The majority comes from coal, nuclear and natural gas.

Experts think that weak policies and low energy prices — in part because of the glut of natural gas from the state’s Marcellus shale — are stifling the state’s renewables from reaching new heights.

“We used to be progressive,” said Sharon Pillar, consultant for the Pennsylvania chapter of E2, a network of business leaders who advocate for environmental policies.

Five years ago, EverPower moved its headquarters from New York City to Pittsburgh, in part because of the state’s “fair permitting requirements.”

“But it has fallen behind in the commercial aspects of wind development,” said Kevin Sheen, the company’s senior director of development, in a written response.

Pennsylvania’s Alternative Energy Portfolio Standards (AEPS) — enacted in 2004 — mandates that 18 percent of the state’s electricity must be generated from alternative sources by 2020. Those sources are broken down into two tiers, with some fossil fuel sources, like waste coal, counting toward the target. Just 0.5 percent must come from solar.

“We were one of the first states to pass that,” Pillar said. “Now we know that’s not very much. A lot of other states have changed their policies to require more.”

New Jersey’s mandate is 22.5 percent renewables by 2021, while New York’s latest standard is 50 percent by 2030. In fact, of the states that have adopted standards, Pennsylvania has one of the lowest.

Shanti Gamper-Rabindran, environment and energy economics professor at the University of Pittsburgh, said the state has made “tremendous strides” in bringing renewables into the mix, but “designing more effective policies” would incentivize cleaner energy.

For example, poultry waste incineration and the burning of landfill gas count toward the state’s renewables target. “It would be more effective incentive for wind and solar adoption to have a specific target for the category of cleanest energy sources,” she said.

Two bills in the state senate’s environmental committee aim to strengthen Pennsylvania’s AEPS — requiring 1 percent solar by 2020, but no specific target for wind. Neither have received votes.

The state’s executive branch touts a philosophy of “balanced, cleaner energy mix,” including renewables as well as nuclear, natural gas and clean coal — and cites natural gas as the reason for its 30 percent reduction in carbon emissions in the past decade.

Currently Pennsylvania ranks 26th in the nation for solar, and since 2012, wind installations have been dropping. “A lot of that is because of our policies in PA,” Pillar said.