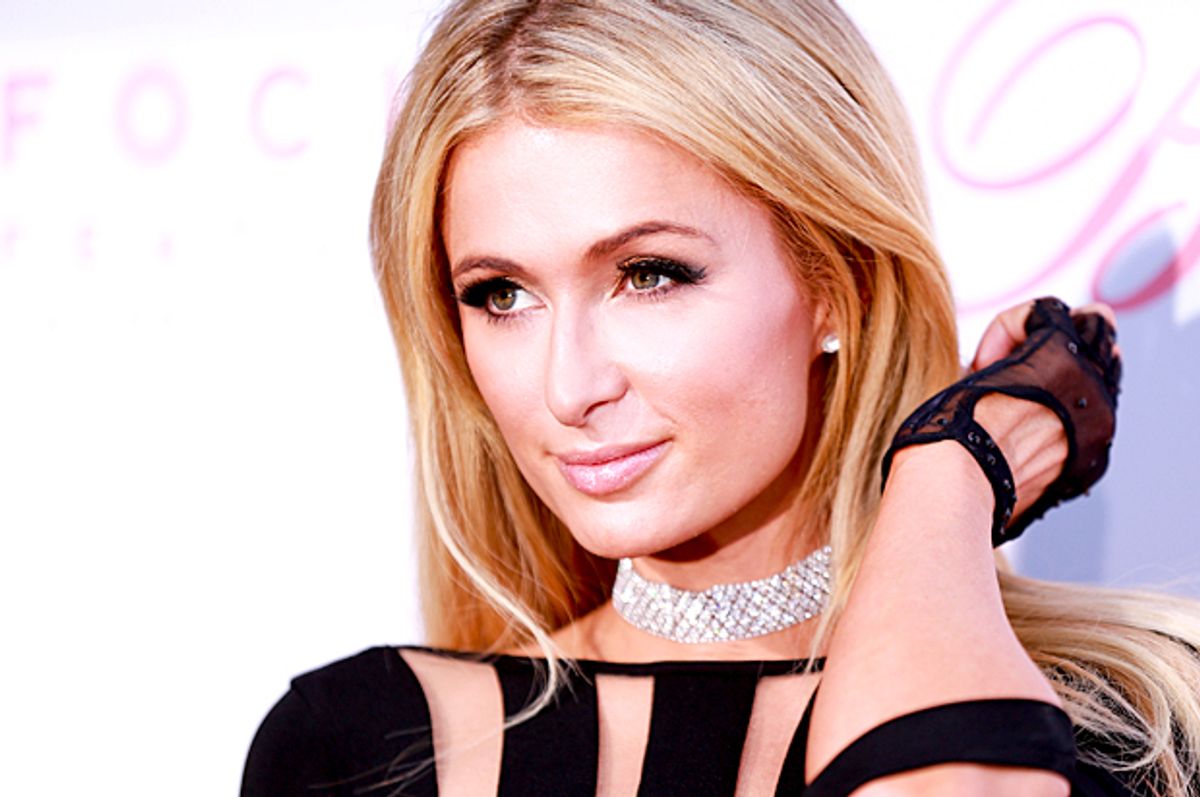 For no reason other than misguided nostalgia, Paris Hilton is back in the spotlight, and she's brought some bold political opinions with her. In a profile for Marie Claire, writer Irin Carmon interviewed the reality star-turned-mogul-turned-DJ about her career, life post-"The Simple Life," and of course, Trump.

After discussing her apolitical and trendy view on feminism — "I just feel it’s about women’s empowerment and girl power, and I’m very into that" — Hilton spoke of her long-time family friendship with Donald Trump. "I’ve known him since I was a little girl. And he’s always been so nice, so respectful, and sweet," she said, after explaining she did not vote for him (although her own words contradict that statement).

On Thursday, Carmon tweeted a screen shot of her transcribed interview with Hilton, in which the mogul defends Trump against allegations of sexual assault. Carmon questioned Hilton on his "grab 'em by the pussy remark" and the confession that he found 12-year-old Hilton attractive, which both led to a very unsurprising reaction similar to the "he's innocent" mantra echoed throughout his administration.

"I think that they are just trying to get attention and fame," she said of the women accusing him of sexual assault. "I feel like, a lot of people, when something happens all these opportunists will come out. They want to get money or get paid to not say anything or get a settlement when nothing really happened."

"So I don’t believe any of that," she continued. "And I’m sure they were trying to be with him too. Because a lot of women, I’ve seen, like him because he’s wealthy and he’s charming and good-looking so I feel like a lot of these girls just made the story up. I didn’t really pay attention to it. I heard a couple things about it. I don’t believe it."

Note to Hilton: Supporting "girl power" and using a "boys will be boys" argument to defend Trump — a man accused of sexual assault by 16 different women — are mutually exclusive.