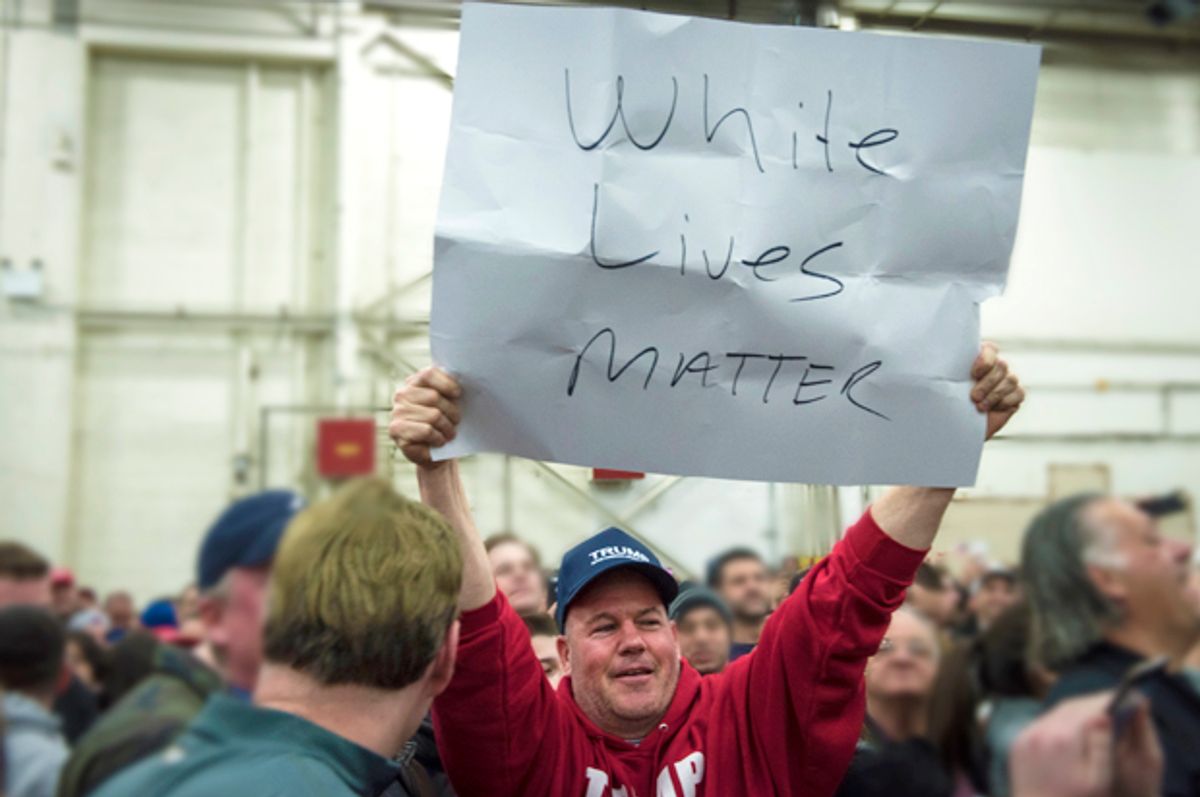 Anti-white supremacy students group are proceeding with planned rallies next month at Texas A&M after university officials moved to block the so-called White Lives Matter event that was scheduled for Sept. 11.

The decision to block the white-power group came Saturday after a protest in Charlottesville, Virginia turned deadly amid scuffles between white nationalists and their detractors.

On Saturday Wiginton issued a press release announcing the rally under the title “Today Charlottesville, Tomorrow Texas A&M,” which raised concern by university officials and local law enforcement that the gathering of neo-Nazis, KKK members and members of the so-called alt-right would create mayhem on a school day early in the fall semester. The 16th anniversary of the 9/11 attacks takes place on a Monday this year.

“Linking the tragedy of Charlottesville with the Texas A&M event creates a major security risk on our campus,” university officials said in a statement. “Additionally, the daylong event would provide disruption to our class schedules and to student, faculty and staff movement (both bus system and pedestrian).”

Zenén Jaimes Pérez, spokesperson for the Texas Civil Rights Project, a statewide legal advocacy group, told Salon his organization has noticed an increase in civil rights complaints since Donald Trump’s presidential campaign and victory in November. Trump has been lambasted for not speaking out harshly against white supremacist and anti-immigrant nationalists that form a portion of his base.

“It’s been happening over much of the last year,” Jaimes Pérez said. “Particularly with immigrants, we have been seeing more brazen instances of racism, and the feeling is it’s because of the political climate that people have been more emboldened.” Jaimes Pérez pointed to two mosques that were burned to the ground in January that has stoked fears among Lone Star State Muslims. In Charlottesville, one protester was killed and 19 were injured by a car-ramming attack allegedly caused by a white nationalist.

The violence broke out after white supremacists marched late Friday on the University of Virginia campus, calling for protection of a local Confederate monument. Wielding Tiki torches, the marchers tossed up Nazi salutes and chanted the Nazi slogan “blood and soil.”

Alt-right leader Richard Spencer had been scheduled to speak at the College Station, Texas, campus for a second time since December, when the controversial alt-right leader sparked protests. University officials responded to those protests by changing the rules barring outside individuals or groups from using university facilities without being sponsored by a university-recognized group. Wiginton responded to change by planning the White Lives Matter rally outdoors.

“Just because that permit’s gone doesn’t mean they’re not going to sue to get it back,” college senior Michael Buse told the Houston Chronicle. “Or, they’re just going to show up.”

According to the Southern Poverty Law Center, a civil rights legal organization, Texas is home to dozens of hate groups, including two affiliates of the Daily Stormer, a neo Nazi media outlet, the Dallas-based anti-Muslim Bureau on American Islamic Relations and a half-dozen chapters of the KKK.