Chris Brown finally opens up about Rihanna assault, tries to spread the blame

In a new documentary, Brown shares more than he ever has — but it's about five years too late. 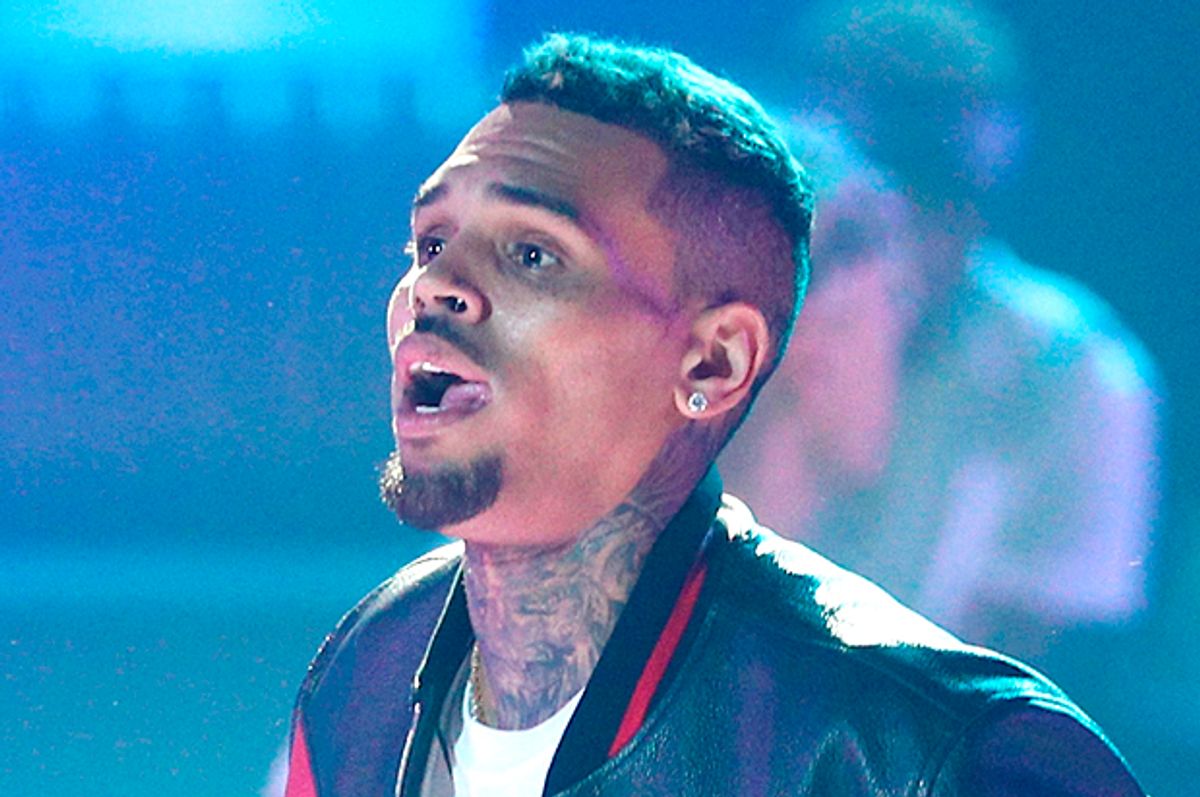 It's been eight years since Chris Brown assaulted Rihanna after a Grammy event. Few can forget the photos of Rihanna's bruised and battered face showcasing the violence that transpired that evening.

No apology since has ever quite felt sufficient from the 28-year-old pop star. He's compounded criticism of him, thanks to his verbal and online harassment of another partner, actions which resulted in a restraining order against Brown just a couple months ago.

In Chris Brown's new documentary "Chris Brown: Welcome to My Life," he finally opens up about that brutal domestic-violence incident with Rihanna in a somewhat more substantial way.

Brown admits that the singers' relationship became volatile and violent long before the infamous Grammy night. It was a trend that began after Brown came clean about a past sexual partner, one he had previously concealed from Rihanna.

"My trust totally was lost with her," he says. "She hated me. After that, I tried everything; she didn’t care. She just didn’t trust me after that. From there, it just went downhill, because it would be fights, verbal fights, physical fights as well. Mutual sides."

"I'm just going to be honest," Brown continues. "We would fight each other. She would hit me, I would hit her. It never was okay." He continued, "I felt like a fucking monster."

Brown then addresses the fight following the Clive Davis' Grammy event in 2009. He says that the woman who was the focus of their initial trust problems showed up to the event and approached the couple. Rihanna was upset even though Brown was adamant that he didn't know she would be there. A text message on Brown's phone that Rihanna discovered later that night proved otherwise in her mind.

Once they were in the car, Brown claims, Rihanna started "going off; she throws the phone, [says] 'I hate you.'" Brown adds "She starts hitting me."

"She hits me a couple of more times," he continues. “I remember she tried to kick me, but then I really hit her, with a closed fist, like I punched her. I busted her lip."

“When I saw it, I was in shock. I was like, ‘fuck, why the hell did I hit her?'” The violence continued Brown said. "From there she just spit in my face. Spit blood in my face and so it enraged me even more."

Brown says he pulled the car over, and Rihanna pretended to throw the keys out the window. He says that she then yelled for help, screaming "he's trying to kill me."

"By this time, her lip was busted," Brown says. "She had a knot because I pushed her head up against the window."

In one breath, Brown's full disclosure of his and Rihanna's clearly unhealthy and violent relationship, as well as the specifics of the Grammy night's events, is refreshing. Not long ago, he would throw tantrums when the fight was brought up in interviews and say things like he was "past it" and tired of talking about it.

But Brown's promotion of shared blame and his continued failure to address the unequal physicality and power between him and Rihanna remains disappointing.

"I look at that picture and I'm like that's not me, bro, that's not me," Brown says of the shocking photo of Rihanna's beaten face. "I hate it to this day, that's going to haunt me forever."

It's easy to imagine that it haunts Rihanna, too.

Given it's been eight long years, in which Brown's actions have demonstrated more violence, more assault and harassment to women, and in general, an entitled and unapologetic demeanor that categorizes too many male celebrities, "Welcome to My Life" feels about five years too late and simply not enough.