Ted Cruz, Sarah Palin are really mad that Icelandic parents are having abortions 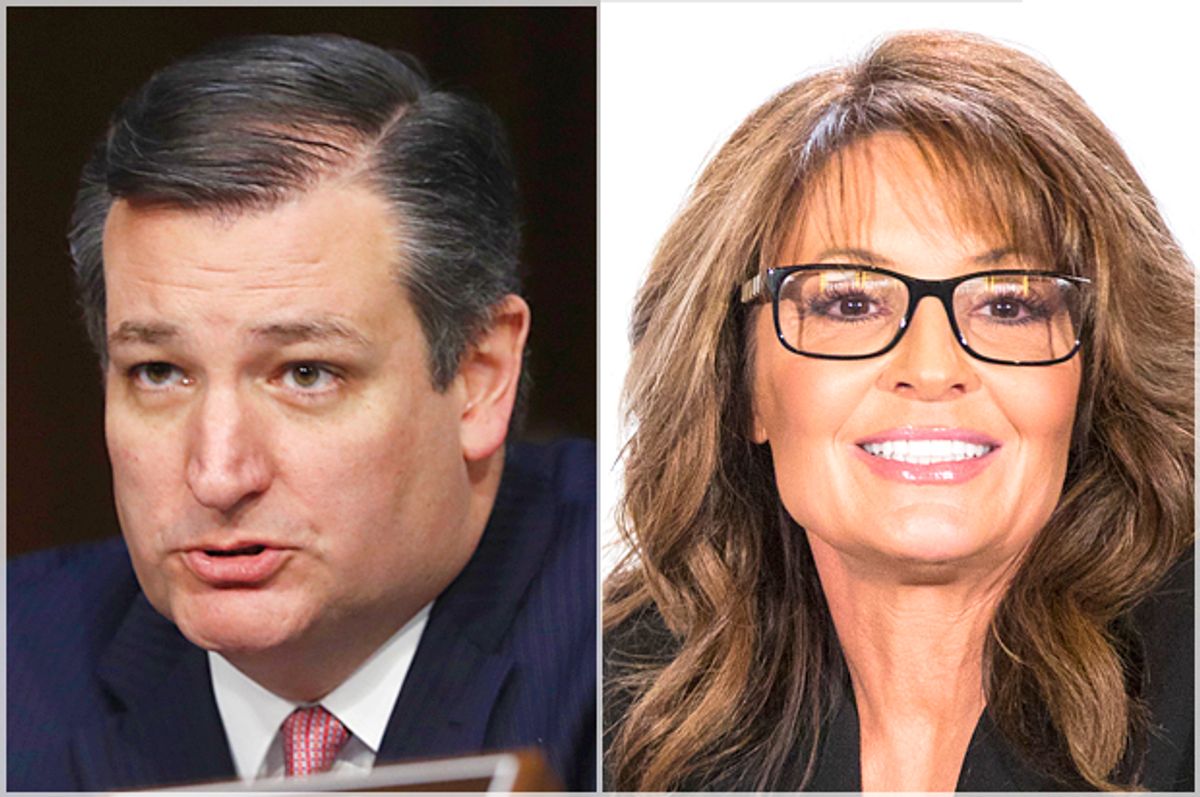 Pro-life activists are jumping on a CBS News story this week focusing on Iceland, which is on pace to "virtually eliminate Down syndrome through abortion."

The thrust of the story was that pregnant women's fetuses were being screened for the disorder, and most of those whose fetuses were testing positive were deciding to have an abortion.

To some conservatives, like Texas Sen. Ted Cruz, the story was proof that CBS News was "celebrating" Icelandic women having abortions.

Former Alaska Gov. Sarah Palin invoked Godwin's Law, comparing Iceland to Nazi Germany. Palin herself has a son, Trig, who was born with Down syndrome.

Iceland has noticed the outrage brewing among these Republicans and is responding to the controversy.

According to The Reykjavík Grapevine, an Icelandic magazine published in English, Iceland in no way requires its people to terminate pregnancies if Down syndrome is detected:

For the record, there is no requirement whatsoever for women to accept screening, let alone terminate their pregnancies if Down syndrome indications are detected, and that there are many Icelanders of all ages with Down syndrome is easily verifiable.

In Iceland, 80 to 85 percent of women undergo voluntary prenatal screening tests to see if their fetuses have any chromosome abnormalities.

Icelandic scientist and businessman Kári Stefánsson, the CEO and co-founder of deCODE Genetics, a company that has mapped the genomes of Iceland's population, addressed the controversy in the U.S. over his country's practices.

Stefánsson said that the quibbles American politicians have had has to do with their opposition to abortion, not the prenatal screening that is done to identify Down syndrome.

Iceland’s abortion laws, last codified in 1975, are one of the most conservative in Europe, according to The Reykjavík Grapevine. Iceland still requires women to have two unrelated parties sign off in order for her to have permission to get an abortion.

As of Wednesday afternoon, Cruz and Palin were not the only conservatives to lambaste Iceland. Fox News also published a story that was critical of the European country.