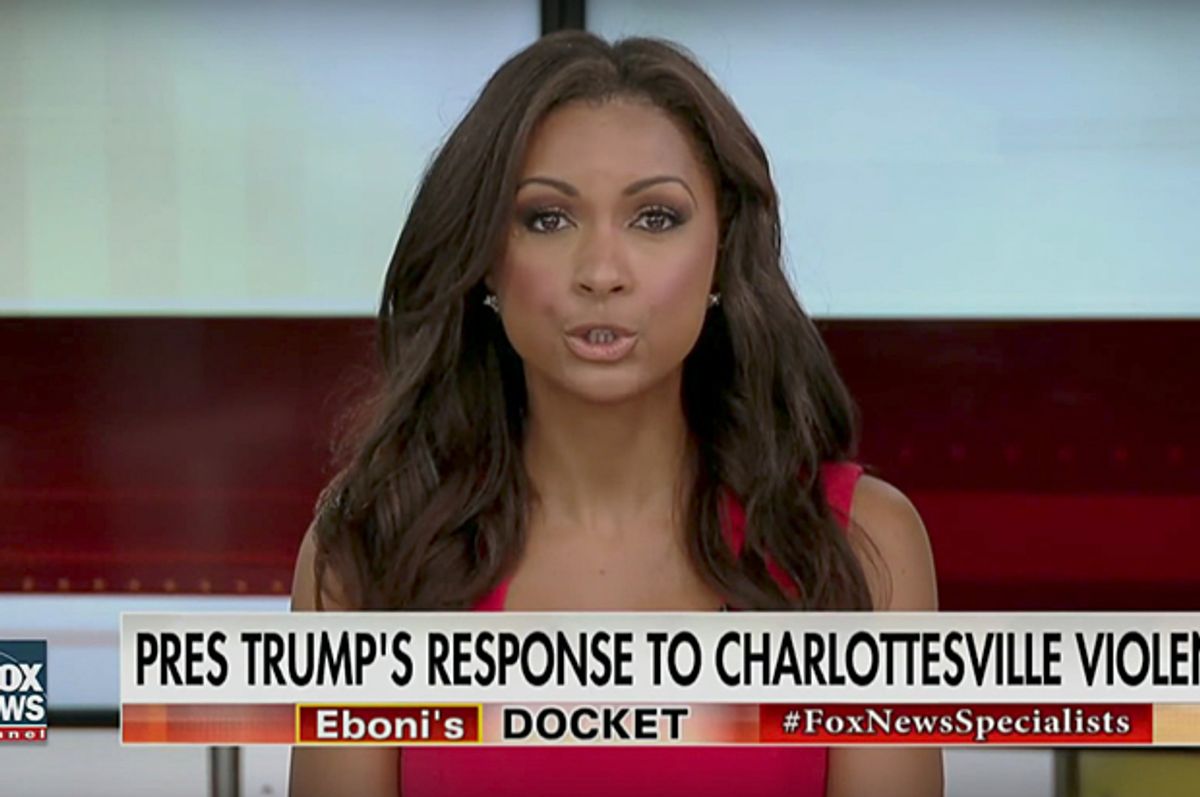 You know President Donald Trump has gone too far when even hosts at his favorite news channel think he’s gone too far. And the hosts themselves are learning quickly what it’s like to be on the receiving end of threats from hardcore members of Trump’s base.

Two Fox News hosts, both of them women, have received death threats following comments they made criticizing Trump’s remarks about the white supremacist rally in Charlottesville that turned deadly.

“I should meet my maker soon, I shouldn’t be allowed to walk the streets of New York,” Eboni K. Williams told Variety while describing emails she’s received this week. “They heard that I live in Harlem — Harlem needs to watch out [one of the emails said].”

During her “Eboni’s Docket” segment Monday on Fox, Williams lashed out at the president for not calling out the neo-Nazis, members of the KKK and other white hate groups during his initial responses to Saturday’s violence.

Then on Wednesday, Williams joined co-host Kat Timpf on the Fox News program “The Fox News Specialists”  in a loud bipartisan chorus of outrage after the president on Tuesday suggested a moral equivalence between white-power racists and those protesting them. The president said there were “very fine people on both sides.”

“I have too much eye makeup on to cry right now,” Timpf said on the segment, adding that Trump’s news conference was “disgusting.”

Following the remarks, Timpf said on her Twitter account that she’s received so many threats that she’s blocked part of her Twitter feed and stopped checking emails. Like Williams, Timpf has received a barrage of feedback from Trump’s army of online trolls. One message called her a “disgrace to the white race.” Another called on Fox to purge the network of “snowflakes,” a disparaging term for liberals.

“I've gotten some positive things, but the negativity I've gotten is incredibly disturbing,” she told the Associated Press. “I've seen enough to know just how disturbing the climate is right now. I'm fully aware of it and don't need any more bringing me down on a personal level.”

On Wednesday, Fox News anchor Shepard Smith said his staff was unable to find any Republican willing to go on the air to defend Trump.

Though a broad spectrum of U.S. power players, including lawmakers from both major parties, military leaders and company CEOs, have issued statements condemning racism, none of them have been willing to condemn the president directly for his handling of last weekend’s violence. The threats made to those that have, might help to explain why.