Meet Mike Mitchell, the man behind the new symbol of the resistance 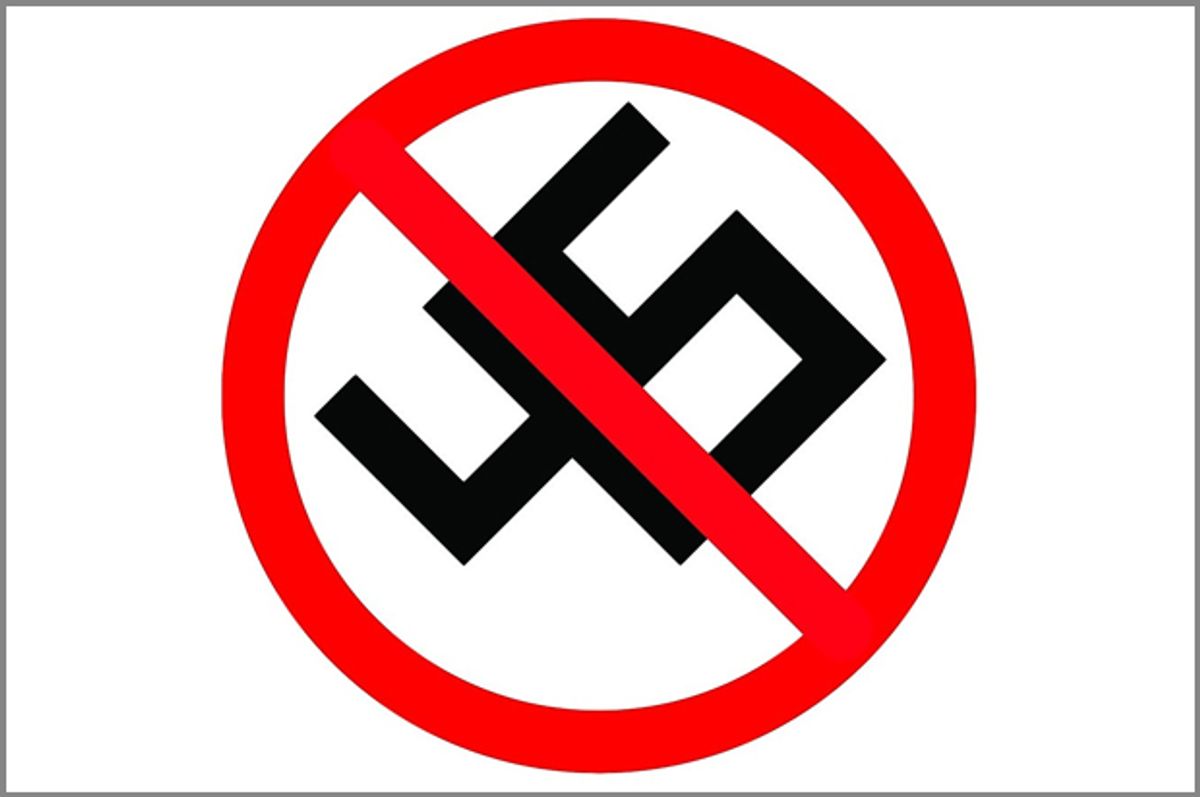 Symbols have always been integral to political movements. Social media has perhaps made them more so (take the the clenched fist most closely associated with the Resistance, for instance).

Currently, you might have noticed a relatively new symbol in your social-media feeds, borne up by the reaction to President Donald Trump's handling of last weekend's deadly Charlottesville, Virginia white-supremacist rally: the number "45" rendered as swastika behind the international symbol for "no."

Mike Mitchell, the creator of the image often forwarded by those advocating for the impeachment of Trump, designed the image in February after determining he wanted to stain the number Trump holds so dear. "I knew I wanted to take on 45, a number he was clearly proud of as he put it on his dumb red USA hat," Mitchell told Co.Design. "I definitely wanted to try and tarnish it."

Well that happened fast. Big props to this dude. (From redtraccoon on twitter) I've posted a link on my twitter of high res file that anyone can take for personal use (signs, buttons, shirts, etc).

Mitchell explained that he realized the number, when presented in a block-type font, looks eerily similar to a swastika. So, the artist moved the numbers closer together and tilted them by 45 degrees, creating a symbol that would be shared thousands of times on social media following the Charlottesville riots.

"Perhaps [the connection between Trump and Nazis] wasn’t as clear in February, but it’s clear now, which is why I think it really took off," Mitchell said. "[The symbol] seemed fitting in February, is fitting in August."

Mitchell shared a high resolution version of the image on his Twitter account and has allowed people to use and distribute the image for free. And now that his image has gone viral, the artist wants just one thing: "Impeach this idiot already," he said.