Elisabeth Moss talks Scientology and "The Handmaids Tale," at last 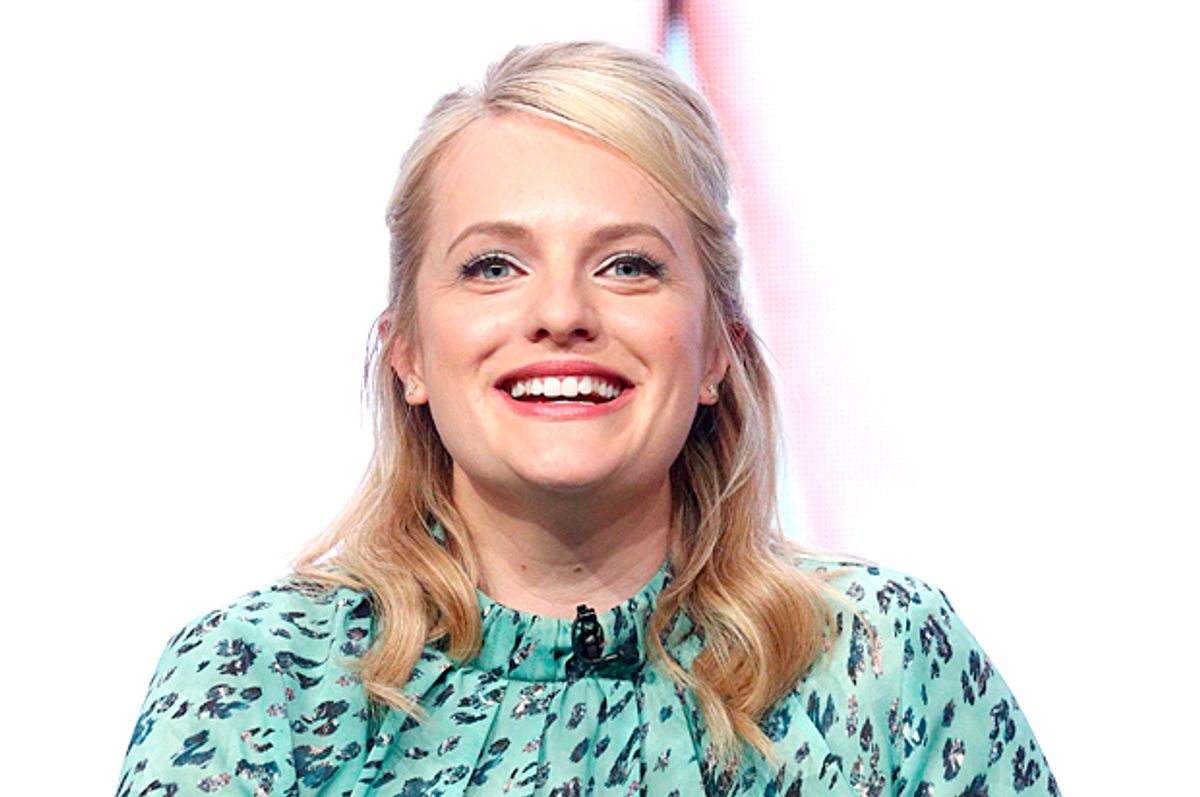 Elisabeth Moss, the star of Hulu's highly successful and critically lauded dystopian series "The Handmaid's Tale," has finally addressed what many have seen as an essential disconnect between her performance in the distinctly progressive show and her Scientologist faith.

Central to "The Handmaid's Tale" is a critique of the negative impact on unquestioned and institutionalized religious ideology on the lives of women, LGBTQ individuals and other disenfranchised groups. Moss' own character, Offred/June, herself suffers greatly at the hands of a faith-based, male-dominated hierarchy that offers a harsh, inhumane interpretation of religious doctrine.

The faith to which Moss belongs, the Church of Scientology, has long been accused by critics — a mix of former believers and outside observers — of cult-like practices. Some of those alleged actions include suppression and mistreatment of LGBTQ individuals, well-organized acts of character assassination, unlawfully imprisoning members and establishing almost complete control of some worshiper's lives, down to who they marry and which members of their families they can and can't talk to. Some of these accusations by critics appear to have at least some grounding in truth. Others are long-discussed, but unconfirmed.

For some, including those who are fans of Moss' performance in "The Handmaid's Tale" and other projects, the underlying message of the Hulu series based on Margaret Atwood's book and the actor's adherence to the faith seem contradictory. It is a question Moss herself addressed in a recent online exchange.

Moss, who is normally relatively restrained when talking about her faith, responded to a comment on the subject left on one of her Instagram posts yesterday.

Instagram user moelybank wrote, "Love this adaptation so much. Question though, does it make you think twice about Scientology? Both Gilead and Scientology both believe that all outside sources (aka news) are wrong or evil… it’s just very interesting."

Moss responded, "That’s actually not true at all about Scientology." She added, "Religious freedom and tolerance and understanding the truth and equal rights for every race, religion and creed are extremely important to me. The most important things to me probably. And so Gilead and THT hit me on a very personal level. Thanks for the interesting question!"

Last Handmaids Tale season 1 event until the Emmys! Thank you for coming out everyone last night, your love and support of the show means more to us than I'll ever be able to express in words. Truly. And now we get to go work on bringing you season 2!!! Which by the way is going to blow your minds...😜#handmaidstale 📷 @ladygraypix

In this, Moss continues to forward the official public message of Scientology, one that portrays the faith as a welcoming, positive force for good and inclusivity in the world. It is a position many critics take issue with, though one that is often repeated in the face of their accusations.

As well, Moss responds with the beaming positivity members of the Church are known for when addressing questions about the faith to non-believers — a positivity toward outsiders that, according to reports and evidence, is not always present in private, in-Church policies and communications.

Overall, it is — as moelybank says — "interesting" that Moss cites her faith, one that many see as oppressive, as part of the reason why she values the anti-oppression narrative of "The Handmaid's Tale". Moreover, it's remarkable that Moss seems not to even acknowledge the disconnect stated by moelybank.

While it might appear Moss is handwaving or skirting the issue here, it is also just as likely that she truly sees no conflict between the critical perception of her faith and her own public works. That, more than anything, gives valuable insight into the mindset of Scientologists and Scientology.

Whether you be a critic of the religion or not, one must admit that the Church forwards a particularly rare and sometimes inscrutable categorical framework that — whether the group performs good or vicious actions — is itself slippery and fascinating. Whether a malignant cult or benign belief system, Scientologist and Scientology can (and perhaps should) continue to confound.