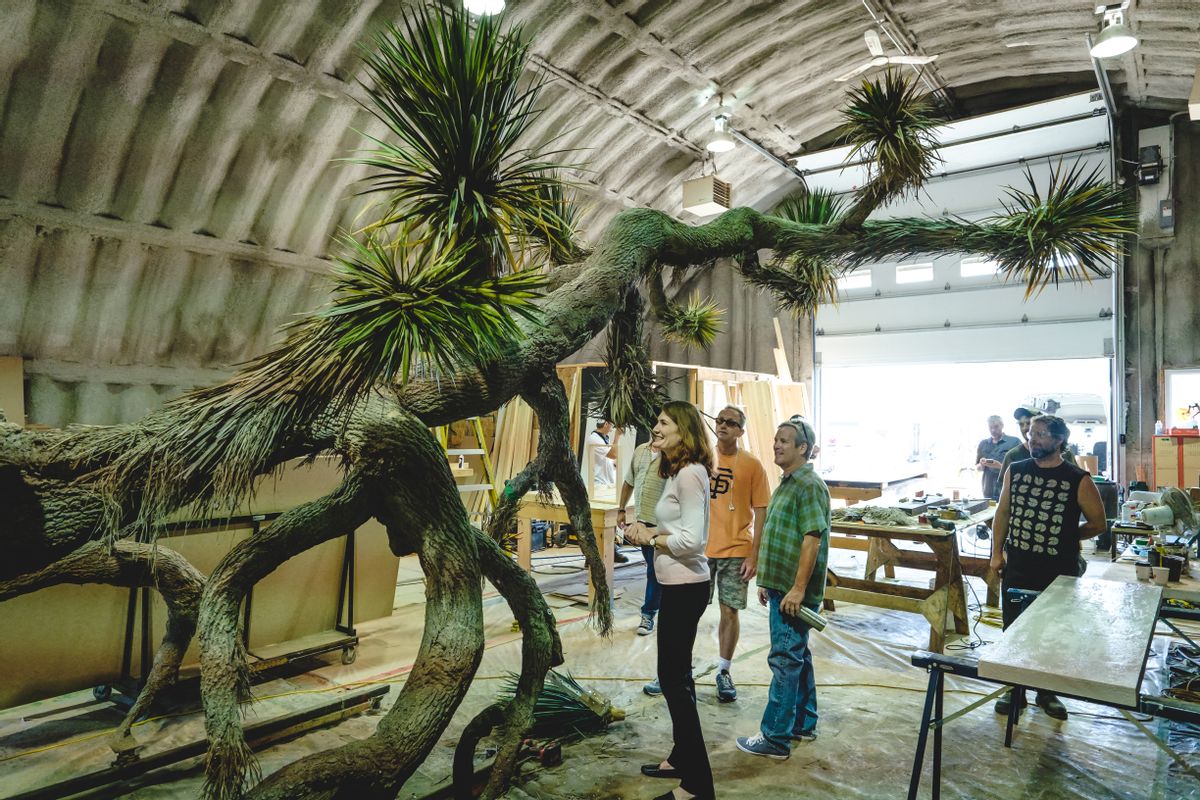 Author Jeannette Walls on the set of THE GLASS CASTLE. (Jake Giles Netter)
--

"You know, I thought I could be a normal woman, or a woman without a past," said Jeannette Walls in a recent interview for "Inflection Point." "I just wanted for once in my life to be defined by what I did instead of who my parents were — the crazy alcoholic dad and the loopy artistic mom who were always creating a scene and creating chaos."

Walls' memoir "The Glass Castle" came out about a decade ago, and if you haven’t picked it up yet, it’s truly a must read. And now it's a "must-see" movie starring Woody Harrelson, Brie Larson and Naomi Watts.

In her memoir, Walls shares the story of her childhood in almost shocking detail. And even though it has been at least 10 years since I read it, a few things have always stuck with me that you probably remember, too, if you've read her book: Every time I boil water, I think of her cooking hotdogs and catching her clothes on fire at age three or four, which landed her in the hospital. And every time I make a well-intended but perhaps unrealistic promise to my kids, I think of Jeannette's father who had grand plans for a glass castle that was never to be. And when I make cookies, I think of the time Jeannette and her siblings ate margarine and sugar for dinner because there was nothing else to eat in the house. She told me:

I think it hit my kid sister the hardest because she spent a lot of nights at the neighbors' houses and then she'd come back and say "why don't we have any food here?"

I mean we had no running water. The house was literally falling down. It was falling down on my brother. We shared a bedroom and his his side of the room had collapsed. It was bad.

It would be easy to hear Jeannette's story and feel a kind of distant fascination with the life she and her family led — to hold it at arm's length and think, wow, I can’t even imagine living the way she did. And you can see why she would want to be "a woman without a past." But for me, whose childhood was nothing like hers (I had a stable home and food on the table, for starters), her story and her relationship with her dad still resonated with me. For one thing, he taught her how to hold her fists to stand up to bullies, which I appreciated because my dad taught me not to take any bull.

Walls worked her way through school and eventually moved to New York, still staying far from her parents. She became a successful journalist writing a well-loved gossip column, but kept her own story at arm's length. Until finally it became clear that speaking her truth, and owning her past was the only way to keep moving her life forward. Which brings us to today. The movie about her childhood, "The Glass Castle" was directed by Destin Daniel Cretton and is in theaters now.

Ten years after reading her memoir, and thinking about her story pretty regularly (I know, fan girl), I had the chance to sit down with Jeannette and learn how she rose out of a seemingly impossible situation–and how she came to terms with her parents and her past. You can hear our full conversation here.