The Australian comedian proves there aren't "many sides," in his latest segment 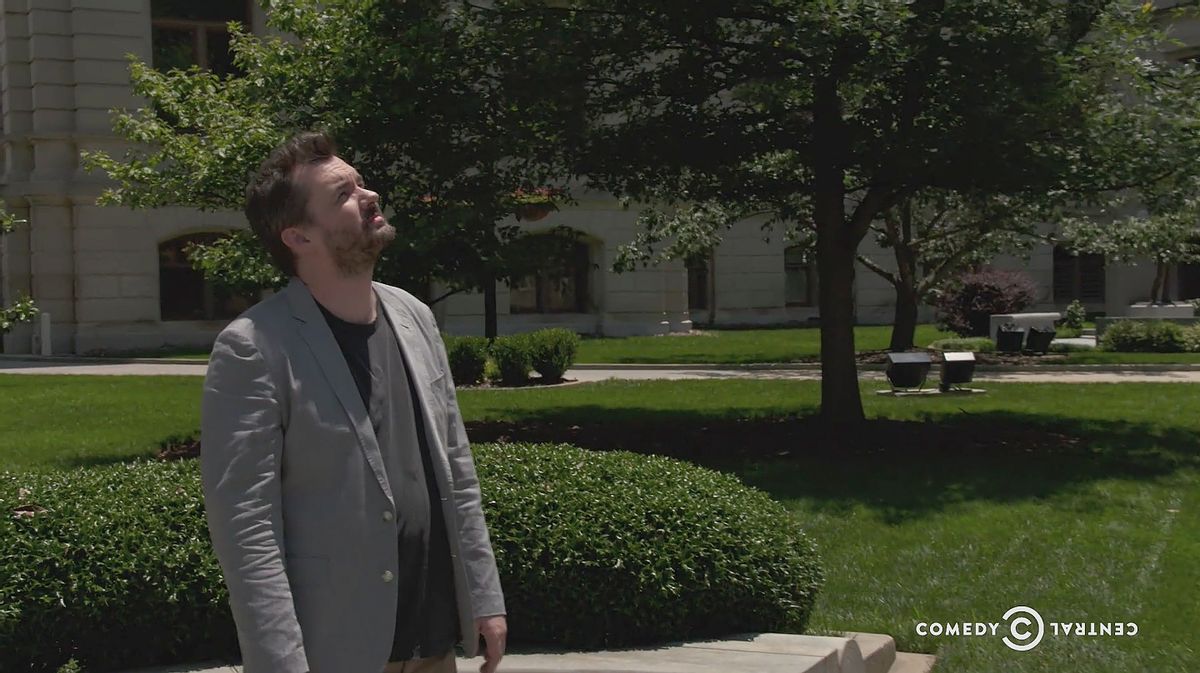 On Tuesday, comedian Jim Jefferies, the host of the relatively new "The Jim Jefferies Show," used his platform to discuss one of the key issues behind the events in Charlottesville last weekend: the preservation and idealization of Confederate iconography and the removal of Confederate monuments.

Visiting Georgia for the segment, Jefferies says "Before I came to America, all I knew about the South was what I saw in 'Gone With the Wind.' I fell asleep in the middle of the movie."

Later, the comedian talks with Francys Johnson, the former Georgia president of the NAACP, about the misconceptions people — especially Confederate sympathizers — have of life in the South before the Civil War. "Now there seems to be this notion of Antebellum South as a place of mint juleps and fancy afternoons on the lawn," he says. "But, it was a harsh life for millions of people held in chains."

Jefferies, playing the diplomat, decided to take President Donald Trump's "many sides" argument to heart and reached out for other perspectives (if only to hoist those holding them on their own petards).

Confederate historian Ronald Kennedy tells Jefferies that it's a "shame" that Confederate monuments are "associated with racism." The historian later suggests that Jefferson Davis, the first president of the Confederacy, was not racist because he "adopted a little black orphan child and raised him and secured his rights as a free person."

Jefferies gives a nod to "alternative facts" when he speaks with Charles Lunsford, a Confederate monument activist. Lunsford claims the Civil War was about independence and that the issue of slavery was a "moot point" by its conclusion. Lunsford also says that Abraham Lincoln was a "war criminal" who was "clearly a white supremacist," adding that the 16th president "destroyed the South and killed almost a million of his people which dwarfs the activity of Assad and Syria."

Johnson, for his part, argues that reducing the atrocities committed during one of the most turbulent times in American history to a question of "tradition" poses risks. "These kinds of white washing of history help to make us feel good but they're not accurate and they're dangerous," he said. Indeed, they became fatal once again this weekend in Charlottesville.