After spotting his image at the white-nationalist rally in Charlottesville, Cash's family is speaking out 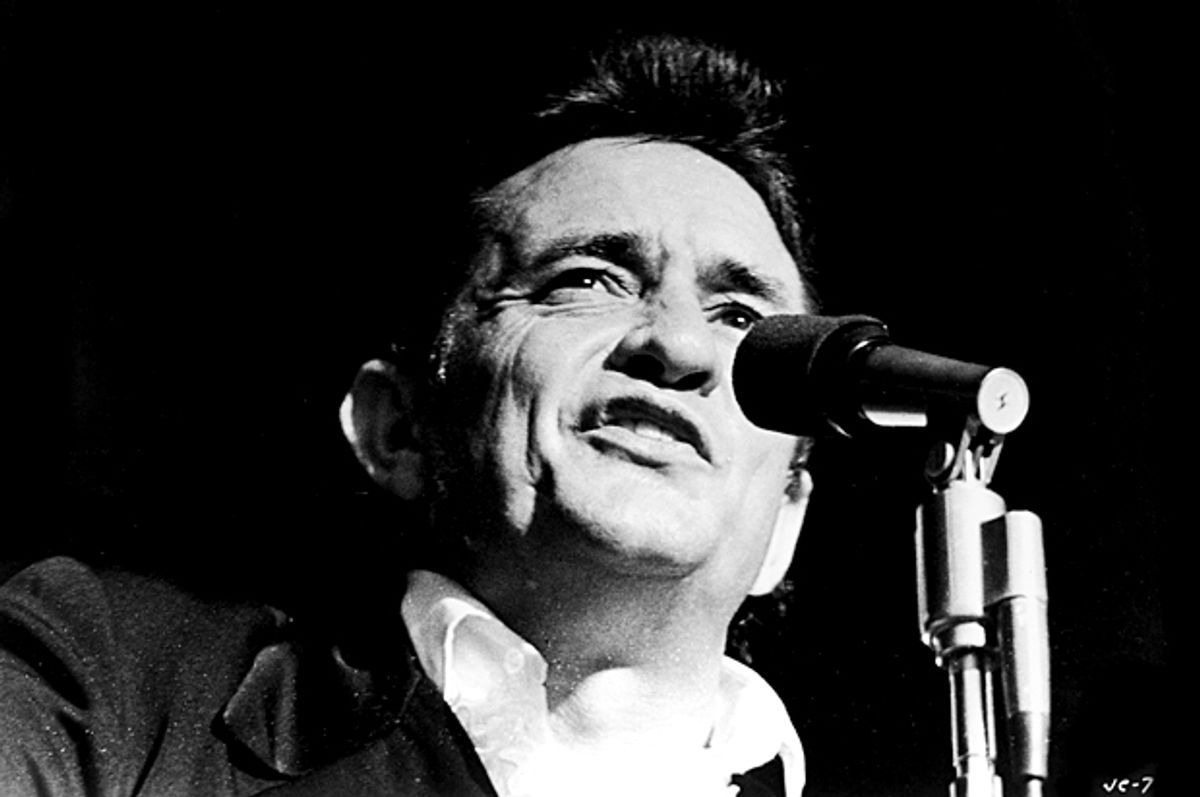 The family of country-music legend Johnny Cash has released a statement via Facebook decrying the use of his image at the white-supremacist rally in Charlottesville, Virginia last weekend — a rally that descended into deadly violence.

According to the statement posted to daughter Rosanne Cash's Facebook page, members of the family became aware of a video showing a white-supremacist protestor wearing a T-shirt printed with Cash's image. The post is co-signed by the musician's other children Cindy Cash, John Carter Cash, Kathy Cash and Tara Cash.

"We were sickened by the association," the post reads. "Johnny Cash was a man whose heart beat with the rhythm of love and social justice."

After noting Cash's extensive involvement in and achievements on behalf of progressive, anti-racist causes and groups, the statement continues, "His pacifism and inclusive patriotism were two of his most defining characteristics. He would be horrified at even a casual use of his name or image for an idea or a cause founded in persecution and hatred. The white supremacists and neo-Nazis who marched in Charlottesville are poison in our society, and an insult to every American hero who wore a uniform to fight the Nazis in WWII." It adds "Our dad told each of us, over and over throughout our lives, 'Children, you can choose love or hate. I choose love.'"

"To any who claim supremacy over other human beings, to any who believe in racial or religious hierarchy: we are not you" it reads. "Our father, as a person, icon, or symbol, is not you. We ask that the Cash name be kept far away from destructive and hateful ideology." The message ends with a quote from Democratic Congressman and civil-rights pioneer Rep. John Lewis "Not one of us can rest, be happy, be at home, be at peace with ourselves, until we end hatred and division."

Even after he passed away in 2003, Cash has remained a rare iconoclast and somewhat of a political outsider in the often insular world of country music, long noted for his collaborations with counter-culture icons as well as his support of prisoners and various other disenfranchised groups. Indeed, he once said that he only wore black clothing in order to highlight the plight of "the poor and the beaten down, livin' in the hopeless, hungry side of town, I wear it for the prisoner who has long paid for his crime, but is there because he's a victim of the times."