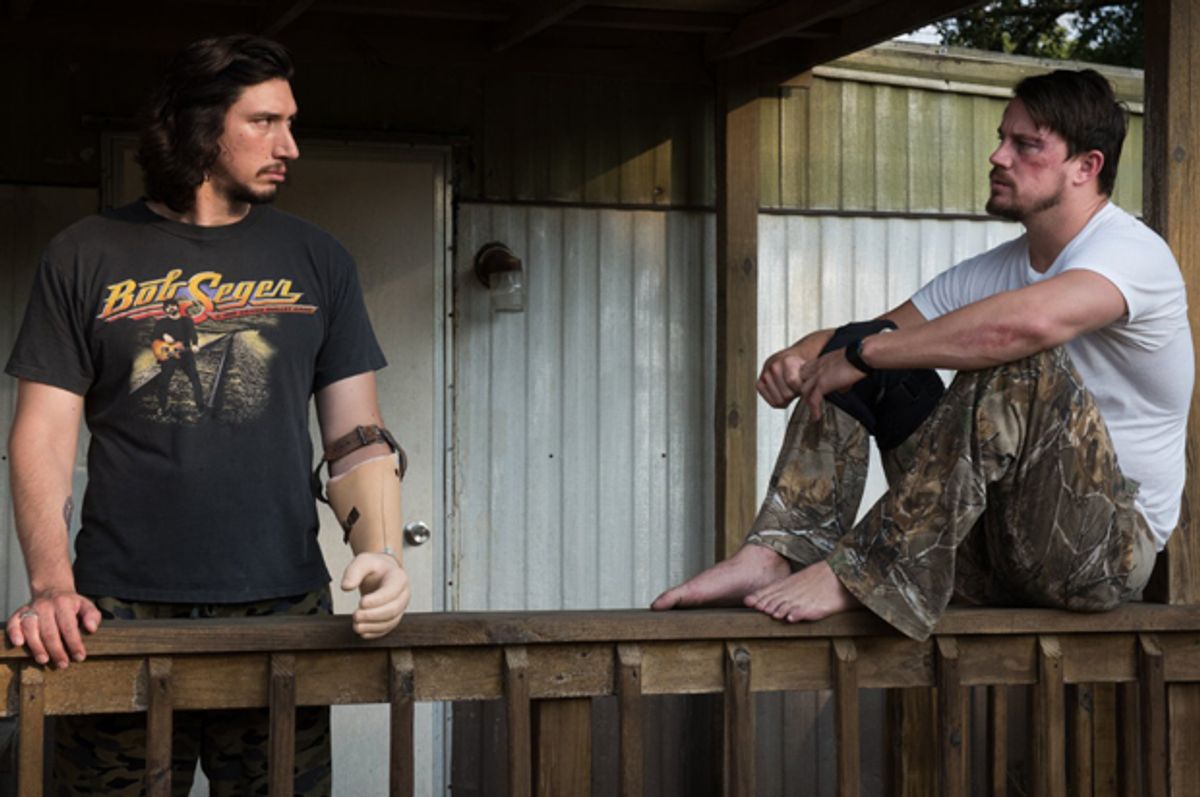 “Logan Lucky” is not a transcendent moviegoing experience, nor is it a stylistic breakthrough or a grand statement on existence, love or politics.

Its cast is full of established movie stars who, for the most part, look like they could’ve been movie stars in any era. The film is not one of director Steven Soderbergh’s finest, nor is it one of his worst. It is not a film that Soderbergh intended to be “serious” or “important.” He did not make it with the hopes of winning an Oscar, and he likely won't.

Still “Logan Lucky” may very well be the most significant film of the year. Indeed, it's “Logan Lucky” — not “Baby Driver” — that is the one movie being released in 2017 that has the potential to change Hollywood.

I have argued before that the notion that cinema is dead is laughable. When all is said and done, I think that this year will be remembered as a particularly good one for filmmaking, a testament to the medium’s continued vitality.

Regardless, its true that making a mid-budget original studio film outside of awards season is a trickier proposition now more than ever. Intel from Actors, filmmakers and data bear out this 21st-Century trend. (Soderbergh did a good job of explaining why that is in his 2013 keynote at the San Francisco International Film Festival.)

Soderbergh’s answer to what he perceived as the demise of cinema was first to retire, then to make television. Now, he's returned to upend the process. With “Logan Lucky,” Soderbergh tests a new way to make a studio movie: rely on the studio as little as possible.

You can read a detailed recap of what Soderbergh is doing in The New York Times, but basically it's this: Soderbergh, with help from a former Warner Bros. executive named Dan Fellman, sold the film’s foreign rights in advance to finance the production; he then sold everything else (streaming rights, television rights, airplane replays, etc.) to finance the film’s advertising and printing in conjunction with upstart Bleecker Street Media. After all of that wheeling and dealing, he was left with creative control, including over the film’s marketing, and half the box office money for himself and his partners.

“There’s no intermediary,” Soderbergh explained to GQ. “The money is not passing through anybody’s hands. All these people who work for scale to make this film will literally be able to go online with a password and look at this account as the money is delivered from the theaters. So it’s complete transparency. The question is: Can we put a movie out in 3,000 theaters, and spend half of what a studio would spend to do it, and succeed?”

Whereas the high costs of marketing a typical studio film require that the film earns multiples of its budget almost immediately, “Logan Lucky,” which was reportedly made for $29 million, only needs to open to approximately $15 million, an easy target in the late-summer market (current tracking puts it between $5 and $12 million, but its word-of-mouth is better than any other films debuting this weekend.)

If the film clears that low bar of success, it could inspire other filmmakers to make the same gamble. “We know that a lot of big-time filmmakers are watching this,” Fellman told the Times. “We want this to be the beginning of a bunch of movies.”

One film, of course, is not a tremendous sample size. “Logan Lucky” could succeed or fail for any number of reasons. But as far as test cases go, it's a good one. The film is thoroughly fun and never too brainy or experimental; it relies on proven commodities in the form of its stars, its heist plot and its conventional three-act structure; and it will be released August 18, making “The Hitman’s Bodyguard” its only notable competition. If the film succeeds, it will not be because it is an undeniable classic. If it fails, it will not be because of untested variables or tremendous competition.

Steven Soderbergh is playing moneyball with moviemaking. “Logan Lucky” just needs to get on base.