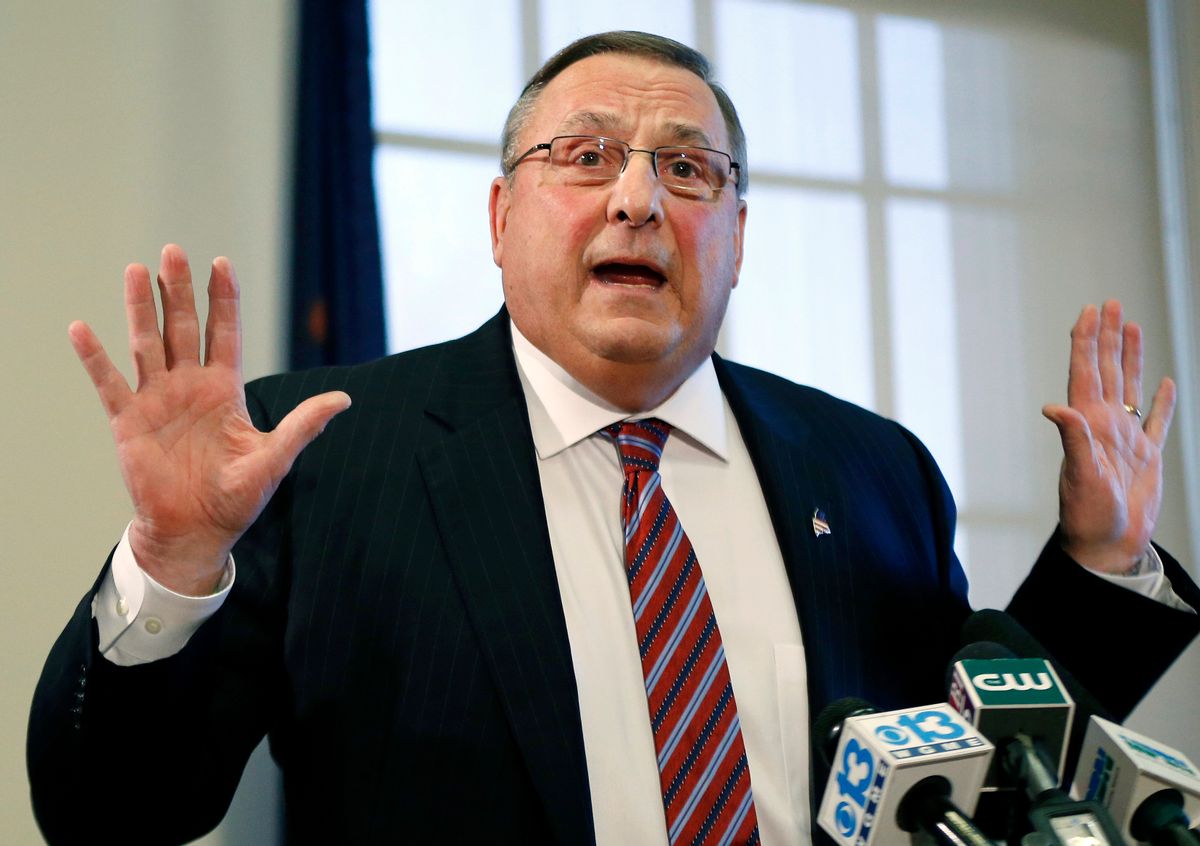 When we last saw Maine Gov. Paul LePage, the Republican leader was saying that he sometimes pushes out fake news stories to the media because "they are just so stupid." But now, the fan of President Donald Trump is taking after his hero, saying that Confederate monuments are important — because removing them would be“just like” removing the monuments to victims of the 9/11 attacks.

“How can future generations learn if we're going to erase history? That's disgusting,” Page told WGAN radio, in quotes first reported by the Associated Press. “To me, it's just like going to New York City right now and taking down the monument of those who perished in 9/11. It will come to that.”

And, just like the president, LePage said that the liberal protestors were “equally as bad” as the neo-Nazis, Klansmen and other white-power hate groups that marched on Charlottesville, Virginia.

LePage also compared the removal of Confederate statues in the wake of the rally to the Taliban in Afghanistan destroying non-Muslim monuments.

The governor said he didn’t learn about the Charlottesville violence until Tuesday because he doesn’t watch TV or read newspapers, which he called “pencil terrorists.”

In January 2016, LePage raised ire when he accused black men from Connecticut and New York for his state’s heroin addiction problem and out-of-wedlock births.

“These are guys with the name D-Money, Smoothie, Shifty – these types of guys – they come from Connecticut and New York, they come up here, they sell their heroin, they go back home,” LePage told an audience during a town hall meeting. “Incidentally, half the time they impregnate a young white girl before they leave, which is a real sad thing because then we have another issue we have to deal with down the road.”

Maine will elect a new governor next year. LePage’s cannot seek a third term in office.

No word yet on how he feels about Holocaust memorials.