Trump supporters set to march alongside Juggalos in D.C. 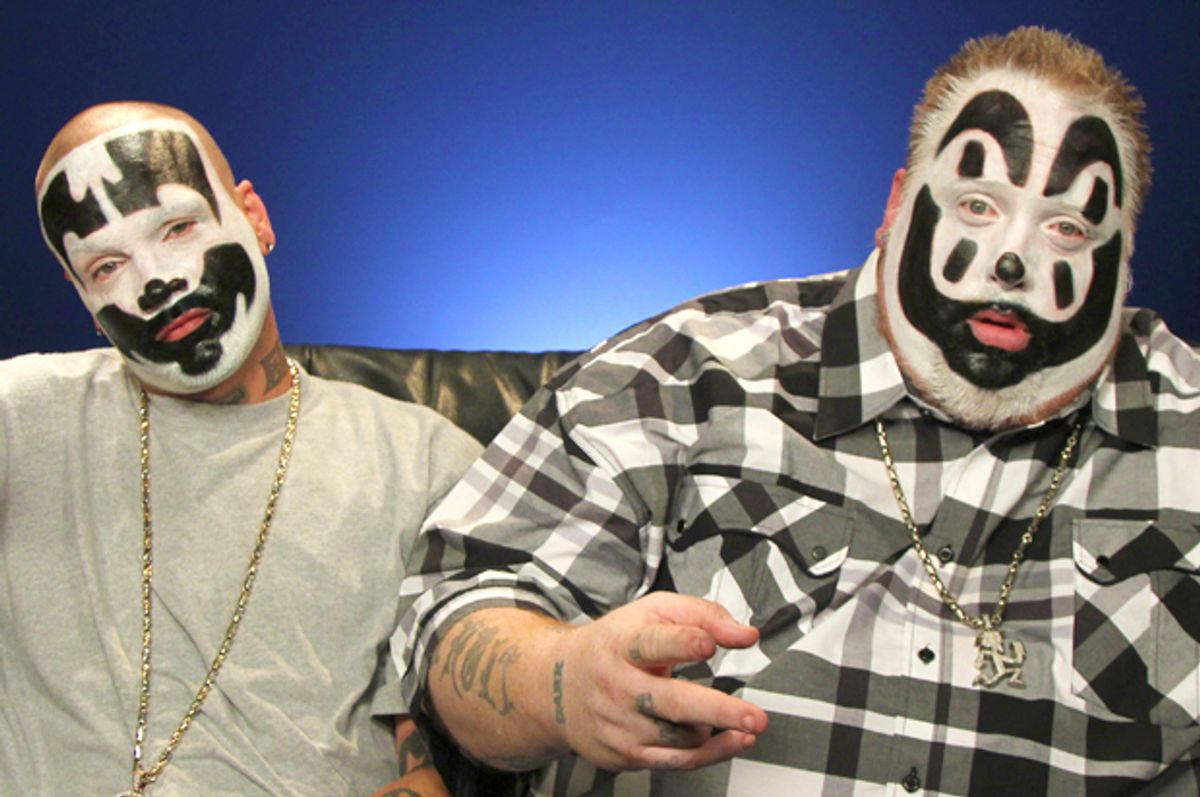 corrected since it was originally published.

Over the past year, Washington, D.C. has been witness to a series of surprising, somewhat surreal events, not the least of which was the inauguration of President Donald Trump. Dovetailing with that are a series of twinned rallies planned for September which will see Trump supporters taking to the streets in the nation's capital at the exact same time that Juggalos march for their rights.

Last month, the face-painted hip-hop group Insane Clown Posse (ICP) announced they would hold a "Million Juggalo March" in Washington, D.C. on Sept. 16, in response to the FBI classifying their fanbase as a "loosely organized hybrid gang."

"This is the day that we are asking every single Juggalo to join us in our nation’s capital, Washington, D.C., to make a collective statement from the Juggalo Family to the world about what we are and what we are not," the rally website states.

In an unplanned twist, Trump supporters are set to share the National Mall that same day to "protect and preserve American Culture," as MetalSucks first reported, Aptly titled the "Mother of All Rallies Patriot Unification Gathering," (MOAR).

Although ICP consider themselves to be a vaguely Christian group — at one point telling Vice, "You know, sometimes I sit down and I write a song and I feel like God is talking through me. I look back and I think, where in my life did I learn the wisdom or the knowledge to say that" — it is unlikely they would want to share the same space as Trump supporters.

In their song titled "Confederate Flag," the group raps about killing a Confederate sympathizer, and in the track "My axe," ICP says, "Me and my axe cut biggots' spinal cords in half."

While ICP's fanbase of Juggalos may trend generally white and male, it is by no means racially, sexually or politically homogenous. It is unclear who the majority of Juggalos voted for in the 2016 election, but support of President Trump's administration would not seem to align with that population's preference for hip-hop, profanity and other non-conservative (though not necessarily progressive) values.

Safe to say, September 16th is shaping up to be a wild time on the Mall.