Trump's approval rating went up compared to beginning of month, but more people anticipate he'll get nothing done 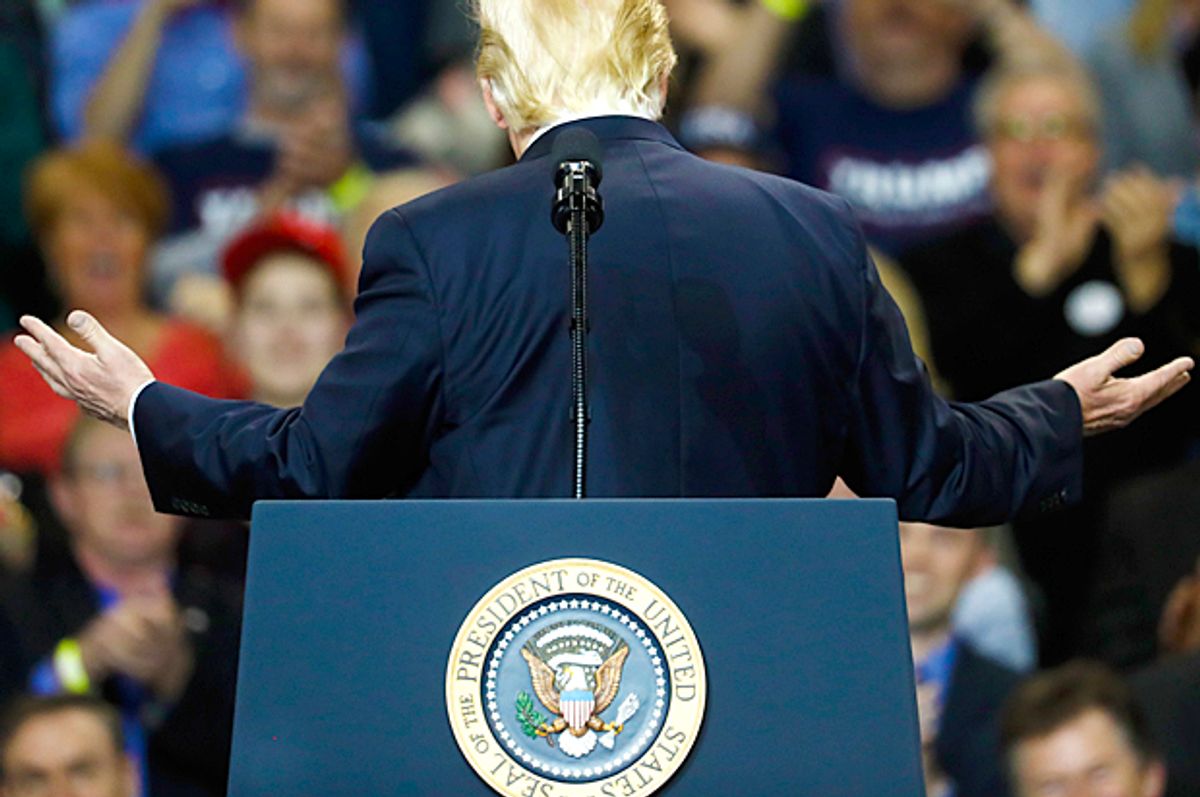 Despite the fallout from the Charlottesville, Virginia attack, President Donald Trump's approval rating miraculously rose this past week, according to a national poll conducted by Quinnipiac University.

While 39 percent is nothing to celebrate, it can be seen as a win for the Trump administration since it indicates an increase of six percentage points from two weeks ago.

The U.S. economy has continued to fare well under the new administration, with the national unemployment rate falling to 4.3 percent, the lowest level of unemployment in 16 years.

But one survey question asked by Quinnipiac might explain why Trump saw a jump in his approval ratings the past two weeks. A total of 58 percent of the latest poll's respondents said that they did not believe Trump or the Republicans in Congress would be able to pass any significant legislation by the end of the year. This was a significant percentage drop from early June, when 50 percent of respondents indicated that Trump would fail to get the job done.

Now that most Americans have lowered expectations for the president, some could be allowing themselves to judge Trump under different standards — such as not starting a nuclear war with North Korea.