The president doubles down on his defense of Confederate monuments, this time commenting on their "beauty" 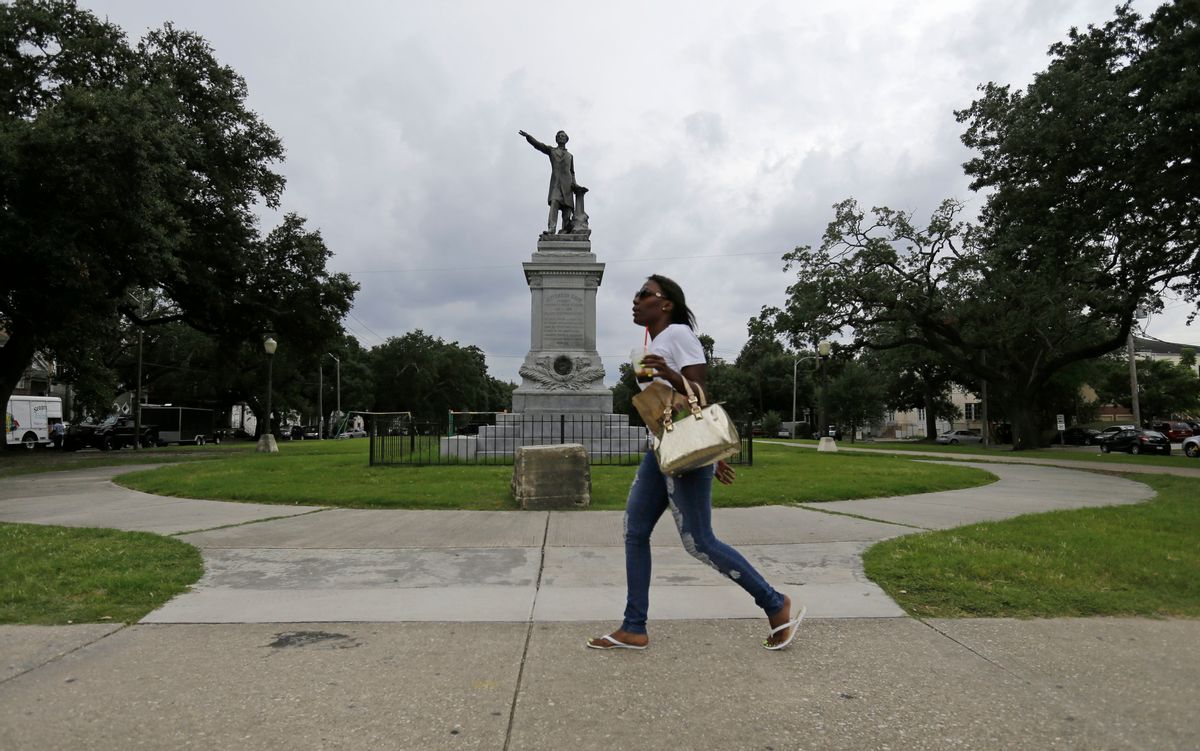 President Donald Trump issued a series of tweets Thursday morning glorifying Confederate monuments. He described them as beautiful and irreplaceable in American communities. He also conflated the founding fathers with traitorous soldiers who fought to defend slavery.

Trump already firmly stated his stance on the removal of Confederate statues during his insane press conference Tuesday, when he sided with the white nationalists protesting the removal of a Robert E. Lee statue in Charlottesville, Virginia.

"You had people in that group that were there to protest the taking down of, to them, a very, very important statue and the renaming of a park from Robert E. Lee to another name," Trump said. The president referred to some of these rally goers as "fine people."

Now Trump is doubling down on that message, this time commenting on the Confederate statues' aesthetics.

"The beauty that is being taken out of our cities, towns and parks will be greatly missed and never be able to be comparably replaced," the president concluded his tweet thread.

The president also touted a talking point that has become wildly popular on the right: If America pushes for the removal of Confederate statues, who's to say that monuments to George Washington and Thomas Jefferson will not fall?

According to Karen Cox, a professor of history at the University of North Carolina at Charlotte, Confederate statues were "part of a campaign to paint the Southern cause in the Civil War as just and slavery as a benevolent institution, and their installation came against a backdrop of Jim Crow violence and oppression of African Americans," she wrote in The Washington Post.