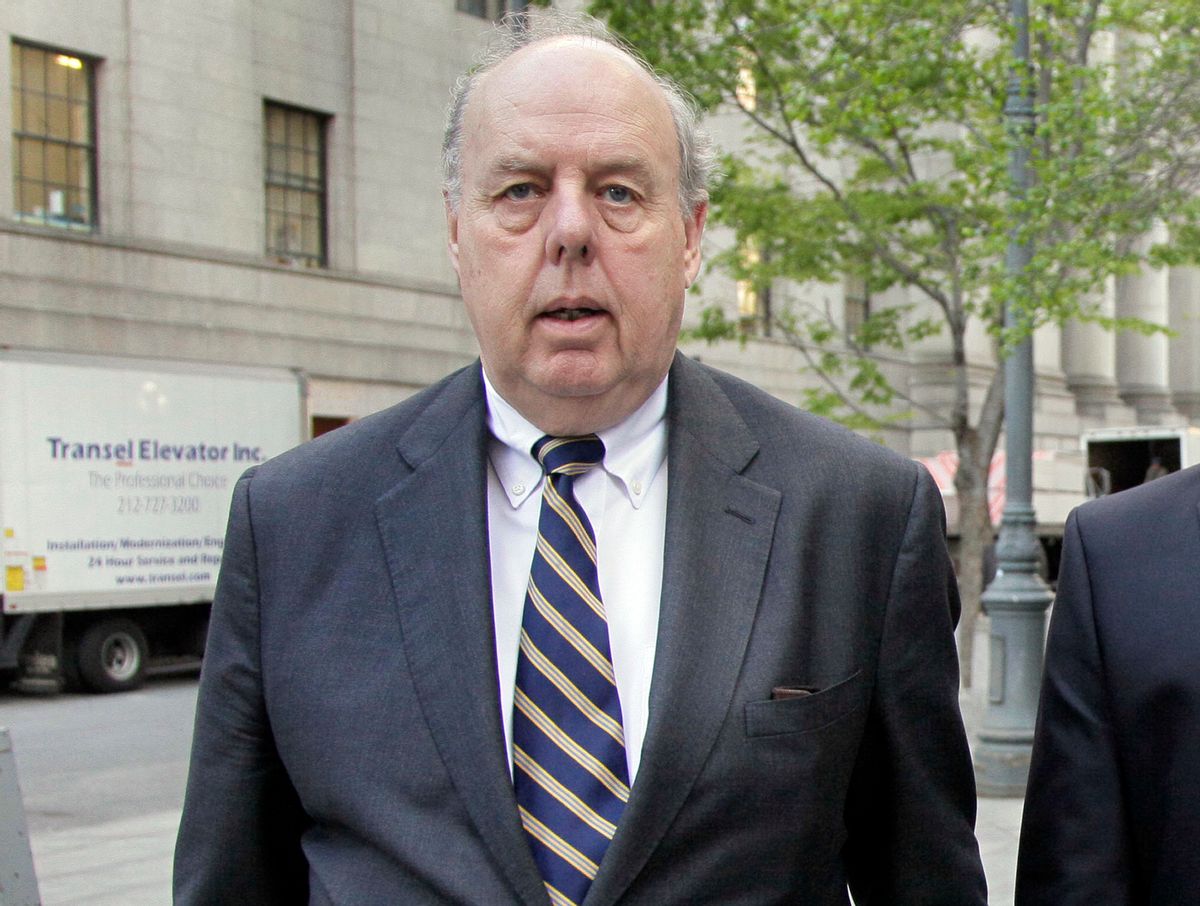 FILE - In this April 29, 2011, file photo, Attorney John Dowd walks in New York. Down, one of the key lawyers in President Donald Trump’s corner navigated a popular United States senator through crisis, produced a damning investigative report that drove a baseball star from the game and, early in his career, took on organized crime as a Justice Department prosecutor. Dowd assumed a more prominent place on the legal team after another lawyer, Marc Kasowitz, took a reduced role. (AP Photo/Richard Drew, File) (AP Photo/Richard Drew, File)
--

During President Trump's unhinged press conference Tuesday, he insisted to the press that he had a delayed response to the Charlottesville protests because he first wanted to collect all of the facts.

An email forwarded by Trump's attorney, John Dowd, obtained by The New York Times, shows the kind of facts the president's inner circle immerses itself in.

With the subject line, “The Information that Validates President Trump on Charlottesville,” Dowd sent the email to two dozen people, from journalists at Fox News to an official at the Department of Homeland Security. The contents of the email echo Trump's sentiment in the debate about Charlottesville.

“You cannot be against General Lee and be for General Washington,” the email said, “there literally is no difference between the two men.”

The email concluded: “The president should confront the opposition with the facts . . . his advisers are moving way [too] slow, and are not aggressive enough.”

When the Times asked Dowd about the email, the lawyer downplayed the importance of his circulation of it.

“You’re sticking your nose in my personal email?” Dowd told the Times. “People send me things. I forward them.”

Dowd received the email from Jerome Almon, who "runs several websites alleging government conspiracies and arguing that the F.B.I. has been infiltrated by Islamic terrorists,” according to the Times

Almon told The Washington Post that he sent the email because he was trying to help Trump after the fallout of the Charlottesville protests.

“I wanted to help him. This whole political bread and circuses needs to stop,” Jerome Almon told The Washington Post. “Black Lives Matter is just as racist as the Nazis or the KKK or anyone else.”