"Arrest me too!" say Durham protesters 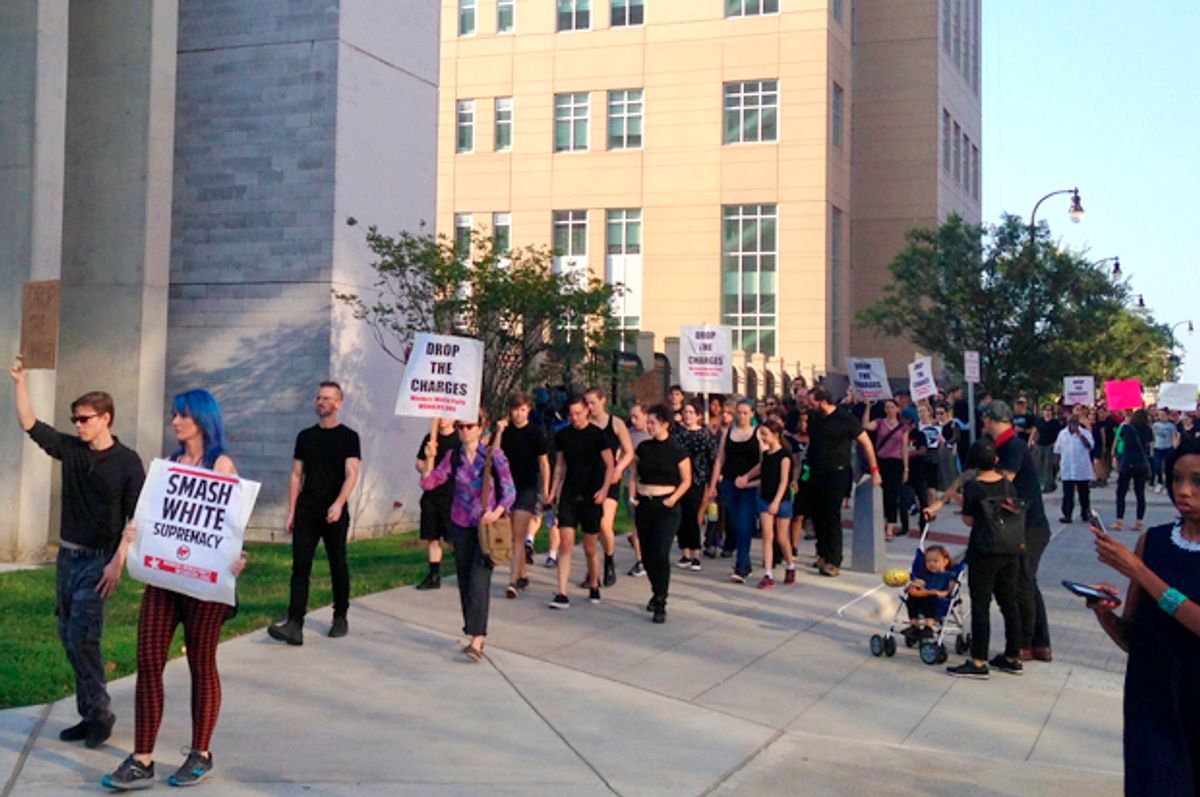 People march outside the courthouse in Durham, N.C, to show support for those arrested and charged with toppling a Confederate statue. (AP/Jonathan Drew)
--

Monday night, protesters in Durham, North Carolina toppled a confederate statue in the city's downtown area. Tuesday morning, authorities arrested Takiyah Thompson and three other anti-fascist activists they believe aided in the destruction of the monument. The demonstrators face felony charges for participating in a riot and inciting one, as well as misdemeanor charges of property damage and defacing a public monument.

The arrests and charges against known area activists prompted another gathering Thursday morning outside the Durham County Courthouse. People amassed around 8 a.m., according to ABC11, before the activists' courthouse hearings that would ask for the charges to be dropped. Also at the rally, four protesters with warrants out on them for their participation in the events turned themselves over to police, bringing the total number of people charged to eight.

The individual arrests inspired many other protesters to try to turn themselves in for the toppling of the statue. Though the crowd was turned away, it was an effort to combat what some protesters claimed to be an attempt to "target racial justice organizers."

"We refuse to back down," one of the activists arrested told ABC11. "This is clearly intimidation. They want to isolate us. They want to instill fear but we are going to keep organizing until all of this gets torn down."

Durham County Sheriff Mike Andrews remained adamant about seeking criminal charges. "Again let me say, no one is getting away with this," Andrews said during a news conference Monday.

Monday's rally was organized in response to the Charlottesville riots and against the many Confederate statues that still stand as visual totems of white supremacy, many of which go unchallenged by lawmakers. "We are tired of waiting on politicians who could have voted to remove the white supremacist statues years ago, but they failed to act," Thompson told ABC11. "So we acted.”