Stonewall Jackson's descendants: Confederate monuments are "overt symbols of racism and hate" 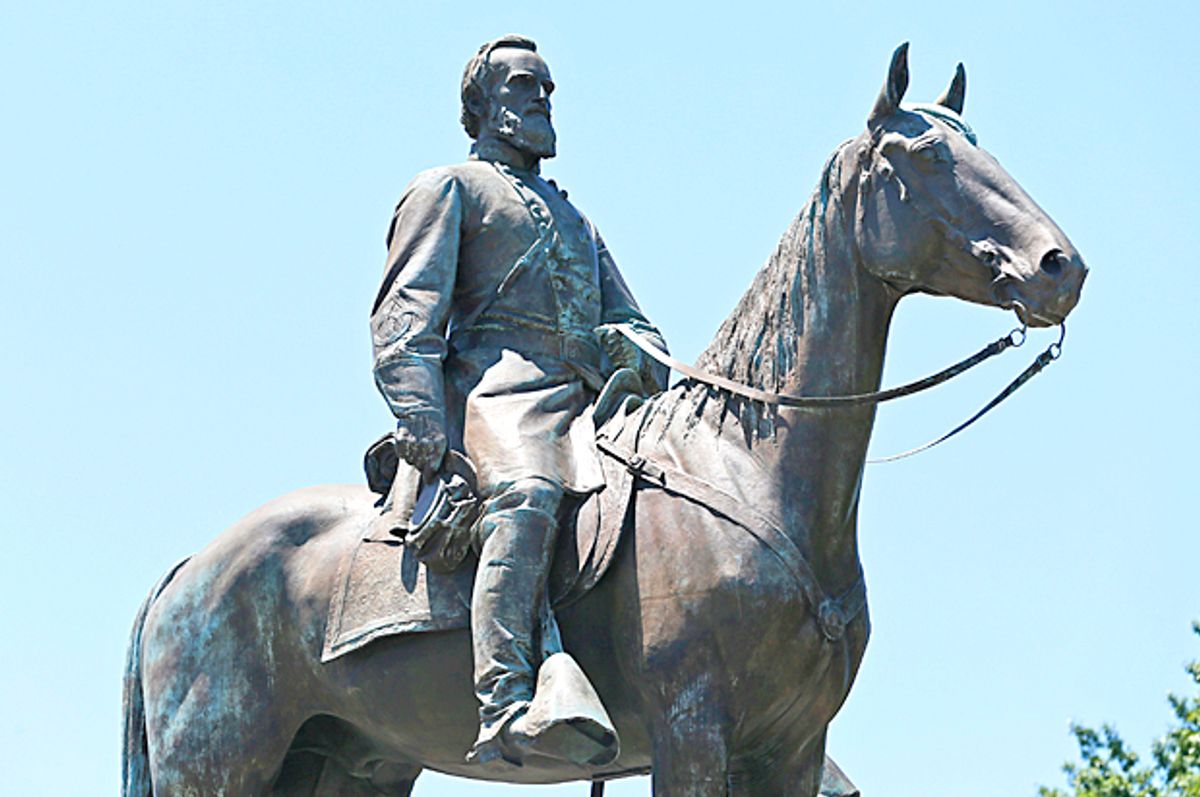 Confederate general Robert E. Lee wrote in 1866 that Civil War monuments would "keep open the sores of war." As we're seeing now with white supremacist leading rallies in Virginia — and as far from Civil War battlegrounds as Seattle — those sores of war are still open. Now, another prominent Confederate's descendants are speaking up. Stonewall Jackson's great-great-grandchildren say that a monument to him in Richmond, Virginia should be removed.

In an open letter in Slate, Jack and Warren Christian write that these monuments are being seen as symbols of white supremacy, and that must end:

While we are not ashamed of our great-great-grandfather, we are ashamed to benefit from white supremacy while our black family and friends suffer. We are ashamed of the monument. . . .

Confederate monuments like the Jackson statue were never intended as benign symbols. Rather, they were the clearly articulated artwork of white supremacy. Among many examples, we can see this plainly if we look at the dedication of a Confederate statue at the University of North Carolina, in which a speaker proclaimed that the Confederate soldier “saved the very life of the Anglo-Saxon race in the South.” Disturbingly, he went on to recount a tale of performing the “pleasing duty” of “horse whipping” a black woman in front of federal soldiers. All over the South, this grotesque message is conveyed by similar monuments. As importantly, this message is clear to today’s avowed white supremacists.

In a testament to the "brother against brother" mentality of the war, the pair write that there's someone they'd rather see take his place.

In fact, instead of lauding Jackson’s violence, we choose to celebrate Stonewall’s sister — our great-great-grandaunt — Laura Jackson Arnold. As an adult Laura became a staunch Unionist and abolitionist. Though she and Stonewall were incredibly close through childhood, she never spoke to Stonewall after his decision to support the Confederacy. We choose to stand on the right side of history with Laura Jackson Arnold.