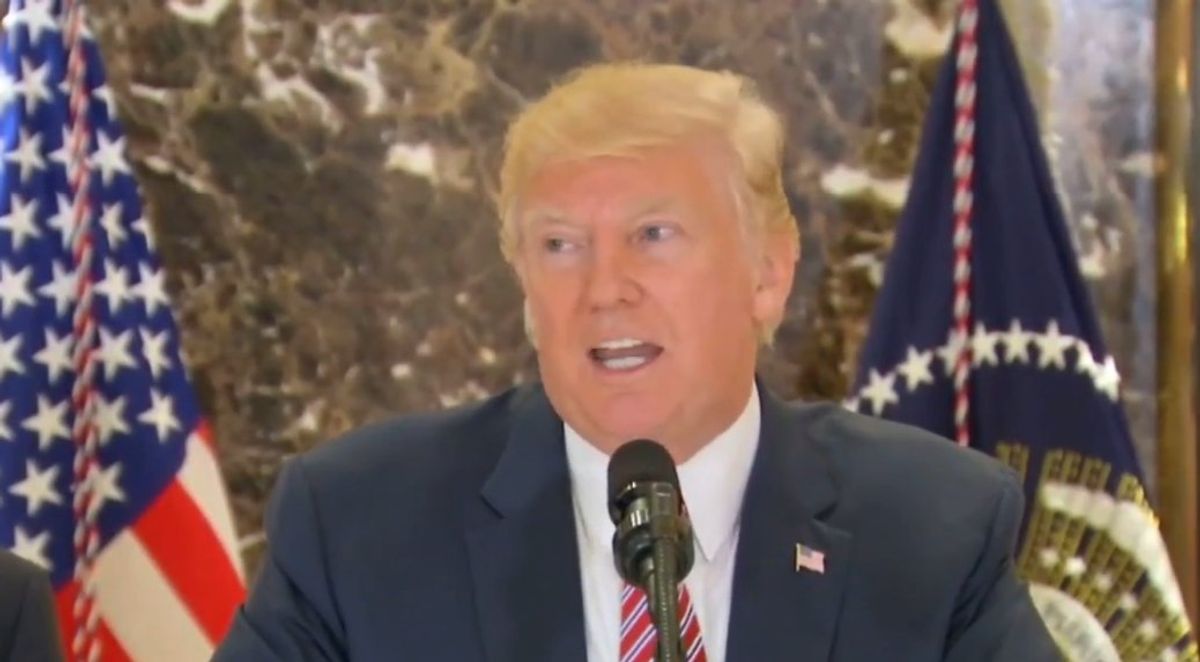 It’s been a brutal week for President Donald Trump’s reputation for bringing dealmakers to the table.

After disbanding two private-sector advisory groups on Wednesday following numerous resignations, Trump has backed away from his plans to recruit corporate executives to advise him on infrastructure spending -- during what the White House has branded Infrastructure Week.

Bloomberg News reported Thursday that the Advisory Council on Infrastructure, which was still being assembled when it was called off this week, would have brought together leaders from real estate, finance and other sectors to advise the president on infrastructure development.

On the campaign trail, Trump promised he would invest $1 trillion to fix the country’s roads, bridges, airports, power plants and other infrastructure, but in reality his plan entails doling out $200 billion in tax cuts to entice construction companies, utilities and investors to spend $800 billion on projects. Critics argue this would lead to boondoggles, more toll roads and other projects companies can monetize or exploit for tax purposes.

While Trump’s plans to elicit feedback from the private sector on infrastructure crumbled, members of the Commerce Department’s Digital Economy Board of Advisors (DEBA) began quitting Thursday.

Zoë Baird, the group’s co-chair and head of the Markle Foundation, confirmed to Vice News that she and other members of the board have submitted their resignations.

“It is the moral responsibility of our leaders to unite Americans by respecting the diversity and inclusion that enables our country to generate new opportunity and celebrate freedom,” Baird’s resignation letter obtained by Vice reads. “In order to preserve these cherished values, there must never be equivocation in denouncing hate, bigotry, violence and racism.”

The president faced a revolt from his private-sector advisors after he defended white-power nationalists that marched amid Nazi flags and chants in Charlottesville last weekend.

It was unclear who else has stepped down. According to a Commerce Department information sheet from December, board members include executives from Microsoft, Comcast, GE, the Ford Foundation and McKinsey & Company.

The DEBA was founded last year under Commerce Secretary Penny Pritzker, who was replaced by Wilbur Ross after Trump’s inauguration.On Wednesday, the president disbanded two CEO groups after several executives resigned over Trump comments equating neo-Nazis, KKK members and other hate groups to the counter-protesters.

Trump also faced a revolt from his creative council.

In an open letter in which the first letter of every paragraph spelled out "RESIST," 16 out of 17 members of the President’s Committee on the Arts and the Humanities resigned on Friday and asked the president to do the same. Responding to the resignation, however, the White House claimed that Trump had planned to disband the group anyway.