Arnold Schwarzenegger to white supremacists: "Your heroes are losers"

On top of ripping Confederate icons, Schwarzenegger says that Nazi veterans are "resting in hell" 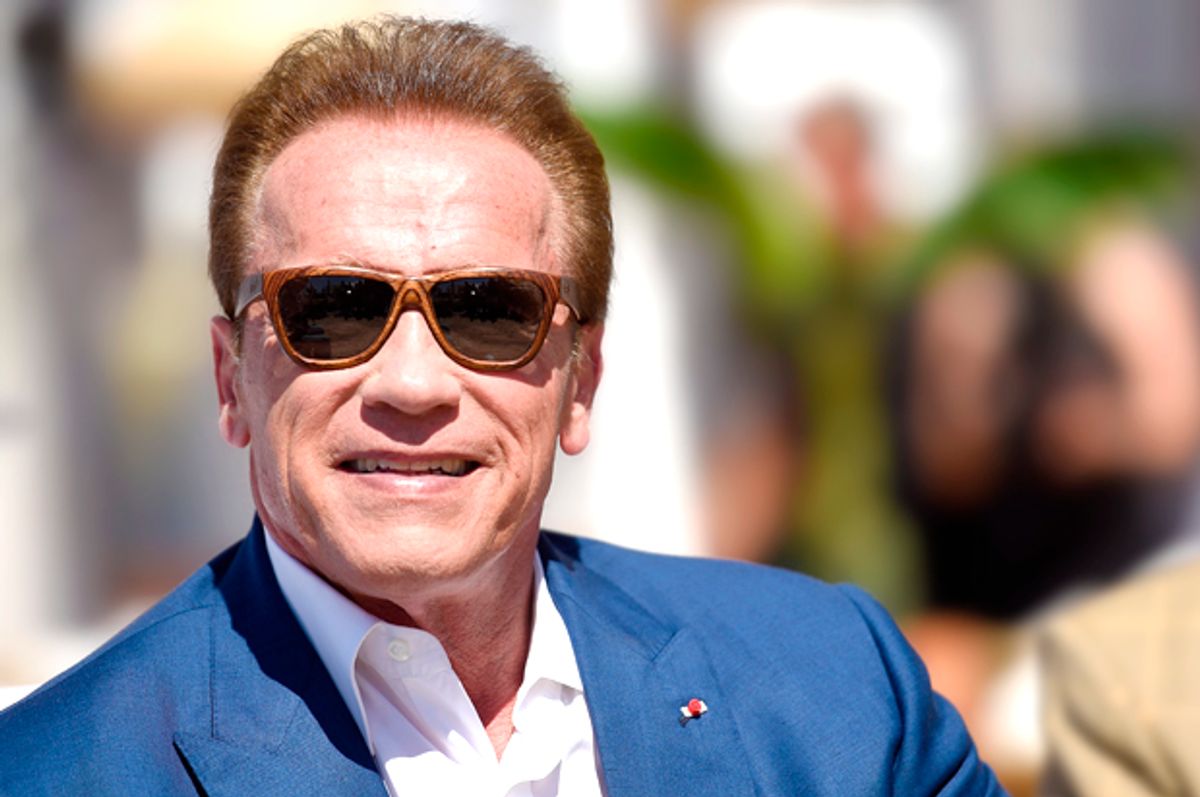 There's not much love lost between former California Governor Arnold Schwarzenegger and action-movie icon and President Donald Trump. The spat between the two over the ratings of  Schwarzenegger's hosting of Trump's previous TV series, NBC's reality game show "The Apprentice," is just one notable moment in a not-so-low-key battle that, lately, has seen the Austrian-born Republican auguring into the Queens-born commander in chief via online videos and tweets.

Last night, Schwarzenegger opened up a particularly spicy jar of salsa when he commented on both the white supremacists who rallied and rioted in Charlottesville, Virginia last weekend and President Trump's apparent coddling of those hate groups earlier this week.

After suggesting what Trump should have said at his press conference, Schwarzenegger then offered a message directly to white supremacists and neo-Nazis: "Your heroes are losers. You're supporting a lost cause."

Drawing parallels to his own upbringing in post-World War II Austria and modern, American supporters of the Confederacy, Schwarzenegger spoke about the Nazi veterans he saw in his youth. "Growing up, I was surrounded by broken men, men who came home from the war filled with shrapnel and guilt, men who were misled into a losing ideology. And I can tell you: these ghosts that you idolize spent the rest of their lives living in shame. And right now, they're resting in hell."

After some stirring, positive messages to both racists and silent objectors alike about how we can improve both ourselves and our nation by confronting hate without equivocation, he ends "Let's all commit, right now, to leaving the terrible ghosts of the past in the trash heap of history. That's where they belong."

See the whole video below.