Is male fragility to blame for Charlottesville violence? 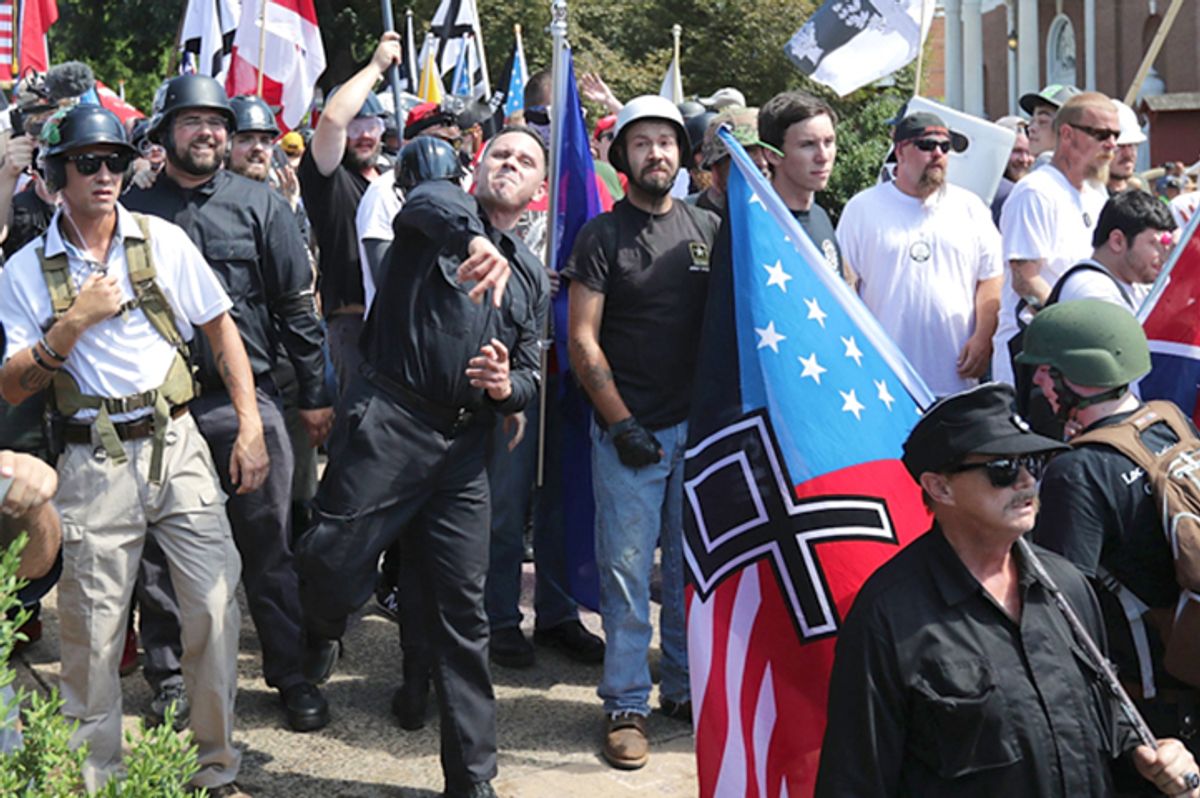 When author Fiona Helmsley stopped by Salon to talk about her book “Girls Gone Old," it was shortly after a pack of white supremacists rained terror on the Virginia town of Charlottesville. Helmsley writes about toxic, violent masculinity in her book and naturally, the conversation turned to what that has to do with the events in Charlottesville.

On the dangers of male fragility:

I think the single greatest threat, and I’ll say to humanity, at the moment is male fragility, and men just not being able to process their feelings of insecurity, their feelings of anger. I mean, when men get mad, they lash out.

Most of the solutions to problems, I think, are simple. You know, like kindness and empathy: The basic things that your mother teaches you. But I think if men could be more honest and reflective about what them feel insecure.

On what men are afraid of:

What they were chanting in Charlottesville: ‘You will not replace us.’ Who is trying? Who is trying to replace you? We’re just trying to make things more of an equal playing field for everyone.

I think it’s just the way that society raises them. Women are raised to have some concern about the way that they look, and they’re encouraged to be more sensitive. A lot of men aren’t.

On the performance of masculinity:

And it’s that performance thing, too. Men perform for other men. When you get men alone in a group, it’s always very different than when you get a man one on one. There’s definitely, like the performance of manliness.

Even talking about this….Men get so mad when they hear women talk about them this way. They get so defensive.

Watch the video for more of our conversation about Charlottesville and masculinity.