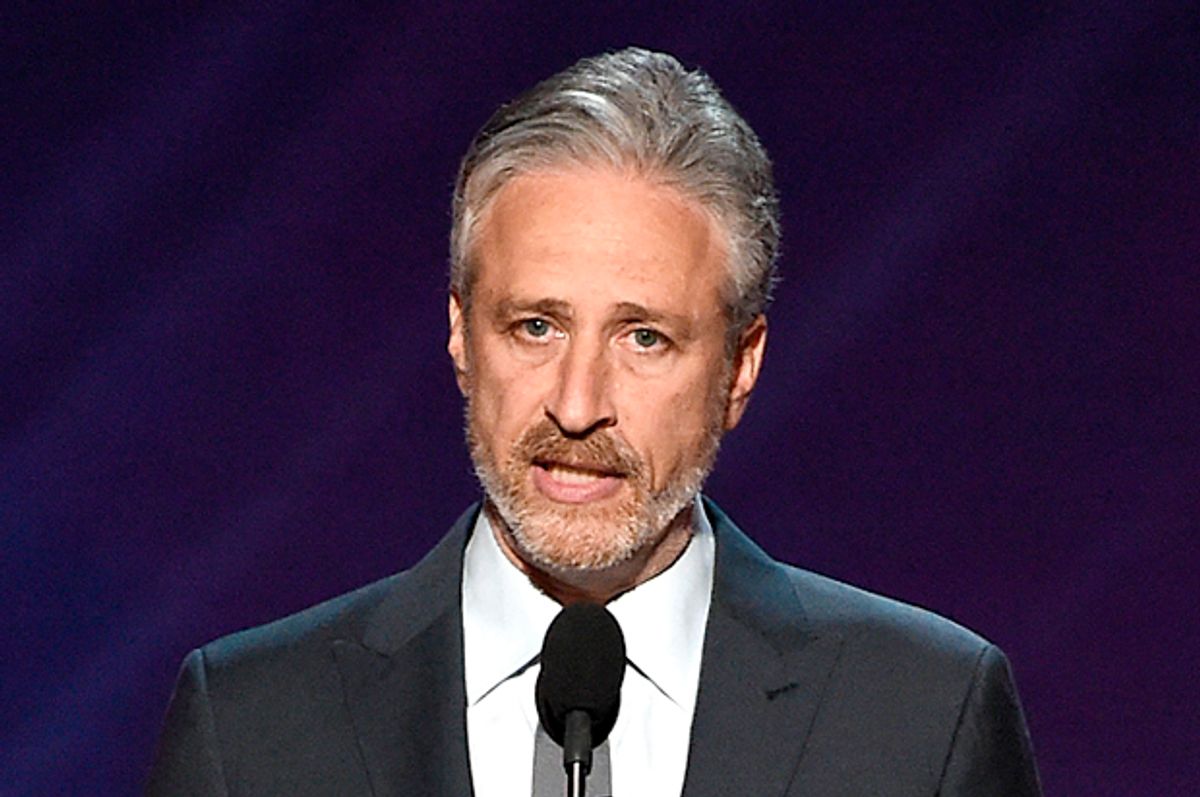 Longtime fans of "The Daily Show" have been itching to hear former host Jon Stewart's take on Trump's recent stumbles. On Thursday night, they got an earful.

During his guest appearance at Dave Chapelle's standup show at New York City's Radio City Music Hall last night, Stewart addressed the Charlottesville riots and slammed Trump for his pitiful response to the deadly violence there.

"Music and words and art is a power that can extinguish a Tiki torch," he said, as reported by The New York Times culture reporter Sopan Deb on Twitter.

"It wasn't so much that there were Nazis," Stewart continued, referring to the white supremacist rally. "It was really the reaction by certain presidents."

"There are two sides? Motherfucker? Two sides," Stewart exclaimed. "I believe they are called the Allied powers and the Axis powers, and we used to be with the Allied powers. This motherfucker signed a treaty that I don't think any of us know about."

"In the president's defense, he is a terrible person," Stewart said, adding "I don't think everybody who likes him is a Nazi, but everybody who is a Nazi sure does seem to like him."

The comedian later addressed his short-lived Twitter feud with Trump where the then-reality star questioned Stewart's name change away from  Jonathan Leibowitz. Stewart recounted that, at the time, he responded by asking Trump why he had changed his birth name from  "Fuckface Von Clownstick." Note that there is no evidence at this time that Donald Trump was born Fuckface Von Clownstick. We're looking into it.

"Basically it goes back to an old white supremacist trope," Steward said, "which is 'Jews amongst us,'". He explained that Trump "was signaling to the underworld that Jews are amongst us," adding "Honestly, if Jews controlled the media why wasn't I on a network?"

During his appearance, Stewart said Trump's election wasn't actually a surprise — the election of Barack Obama as president was. "That is where we rose above our history," he added.

Stewart then teased white supremacists for thinking they are part of the "master race." "Why aren't the Olympics dominated by you?" he said. "What do you still have left? Golf and tennis? Maybe, maybe. And even then, the first black people you came across, you're like, 'We can't play this game anymore.' Williams sisters, Tiger Woods."