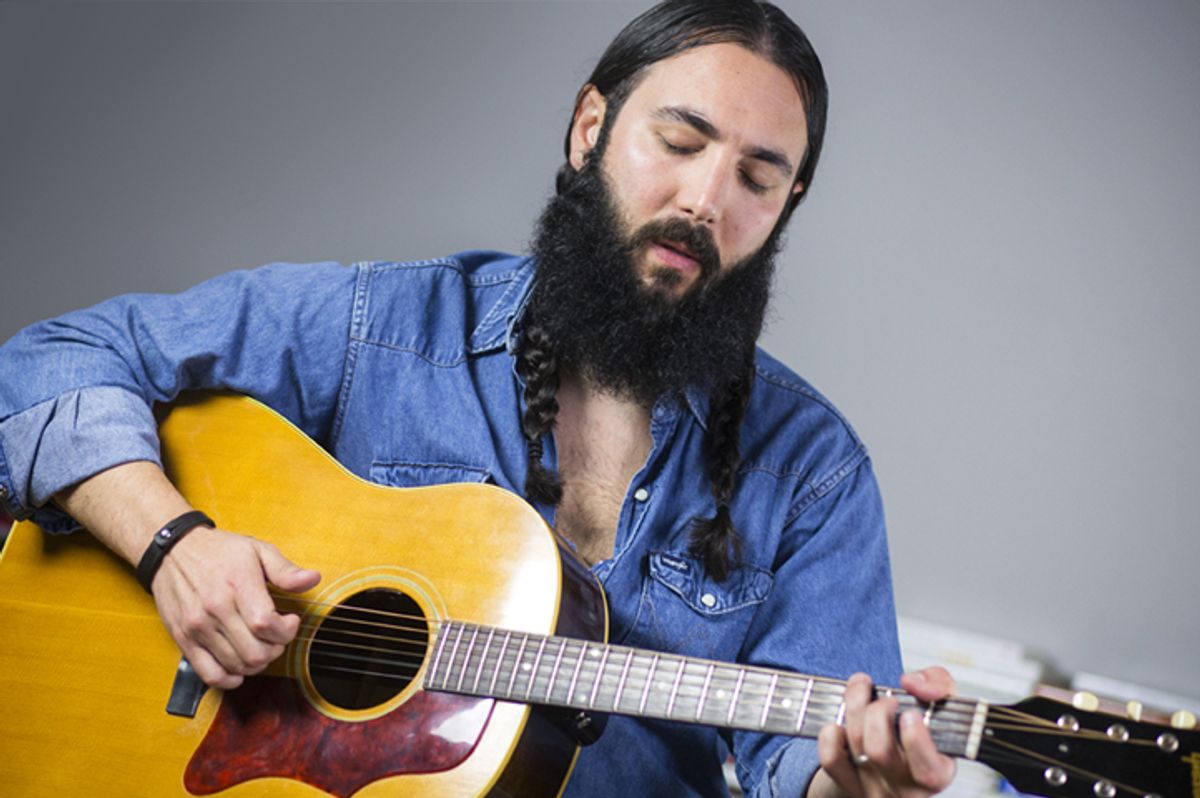 Singer/songwriter Ron Pope stopped by Salon's New York studio to play a set on the Salon Stage. He performed "Can't Stay Here," "Partner in Crime," and "The Weather," from his new album "Work," which Pope describes as a project that "follows me from when I was 13 and a teacher told my mother that I’d probably end up in prison; I started messing around writing songs that year. It’s been mostly uphill ever since." The baseball player turned independent artist also talked with Salon about the importance of music in his life and the freedom of owning his own label, Brooklyn Basement Records.

On what music means to him:

It's my job, it's my hobby, kind of all the parts of my life are involved in it. It's a family business; I work with my wife. So music is a great deal of my life.

On how he stays motivated:

The biggest motivation that keeps me playing music is because they won't let me play shortstop for the Mets, so I really had no choice.

On having a record label:

So my wife and I own a record label; it's called Brooklyn Basement Records. It's hard, it takes a lot of time, but we are lucky because we get to make music that we believe in and promote the music of new artists that we believe in, and nobody tells us what to do except for you guys. We get to take the music to the fans without a middleman. So having our own label is a great blessing.