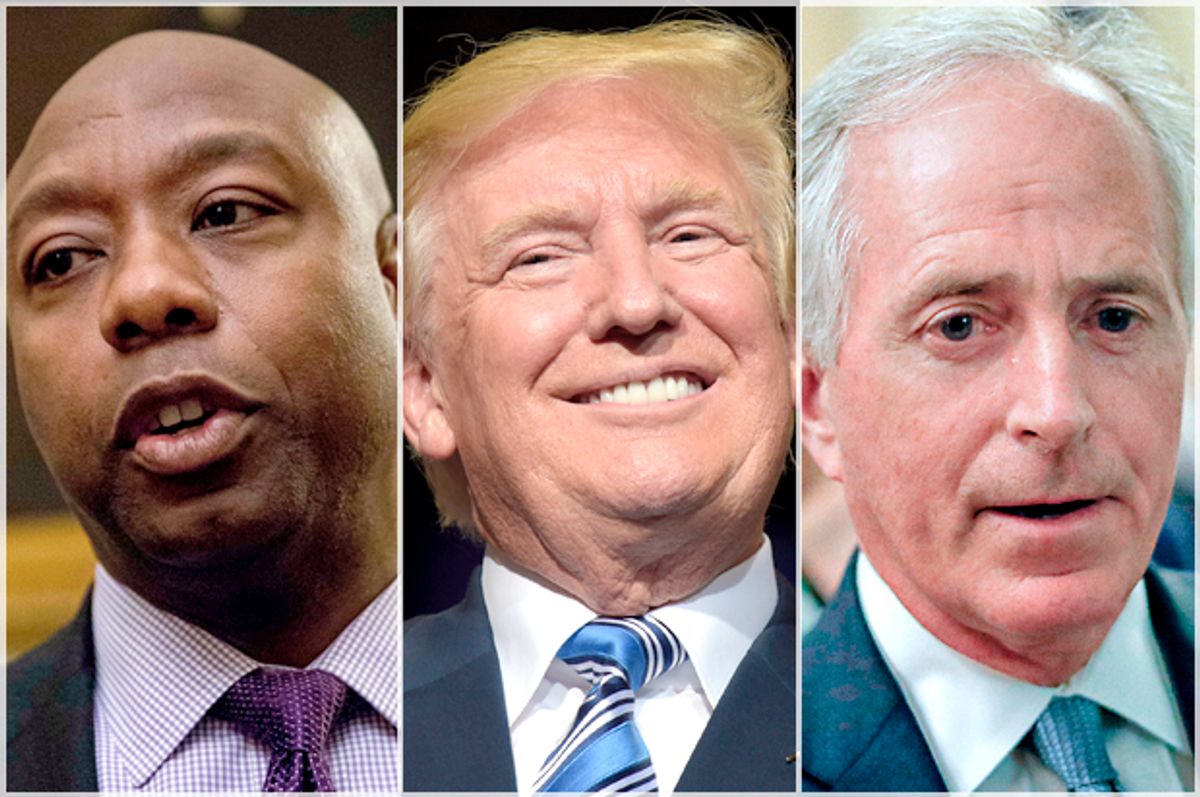 A day after several of the country’s top corporate executives walked away despondent at President Donald Trump, the circle of his critics who once supporters him keeps getting bigger.

The latest high-ranking Republican to lambast the president’s incompetence is powerful Sen. Bob Corker of Tennessee, who is calling for “radical changes” at the White House.

“The president has not yet been able to demonstrate [neither] the stability nor some of the competence that he needs to demonstrate in order to be successful.” Corker told reporters Thursday in Chattanooga, Tennessee. “Helping inspire divisions because it generates support from your political base is not a formula for causing our nation to advance, our nation to overcome the many issues we have to deal with right now.”

Corker’s comments come after the president appeared fault both sides in the deadly white nationalist protest in Charlottesville. For two days he failed to unequivocally condemning the neo Nazis, KKK, members of militant white-power groups and white supremacists.

Then on Tuesday Trump fumbled the ball again during a shouting match with reporters, saying counter-protesters were just as much at fault and that there were “good people” on both sides.

“What we want to see from our president is clarity and moral authority. And that moral authority is compromised when Tuesday happened. There’s no question about that,” he said.

Trump has become so toxic that the Phoenix Mayor Greg Stanton, a Democrat, implored the president not to visit the city in a planned event next week.

“I can’t stand by this disgraceful administration any longer, and I would urge anyone who once supported him as I did to stop defending the 45th president,” Julius Krein, founder and editor of American Affairs, a pro-Trump magazine founded in February, wrote in New York Times editorial Thursday. Krein has spent much of his time rooting for Trump despite the many signs throughout the presidential campaign of how the former game show host would handle being president.

Meanwhile, morale among White House staffers has plummeted, with some top aides telling the Times they don’t see a way for Trump to recover and have “expressed doubts about his capacity to do the job.”

On Wednesday, members of Trump’s corporate advisory council disbanded after five members of the group resigned over Trump’s reaction to the Charlottesville violence. The defections could continue, with some calling for Trump fire his strategy advisor Steve Bannon, who is closely aligned to the alt-right white nationalist movement.