Why the U.S. shouldn’t start a trade war with China

China's leadership is likely to react to higher tariffs by imposing countervailing measures on the U.S. businesses 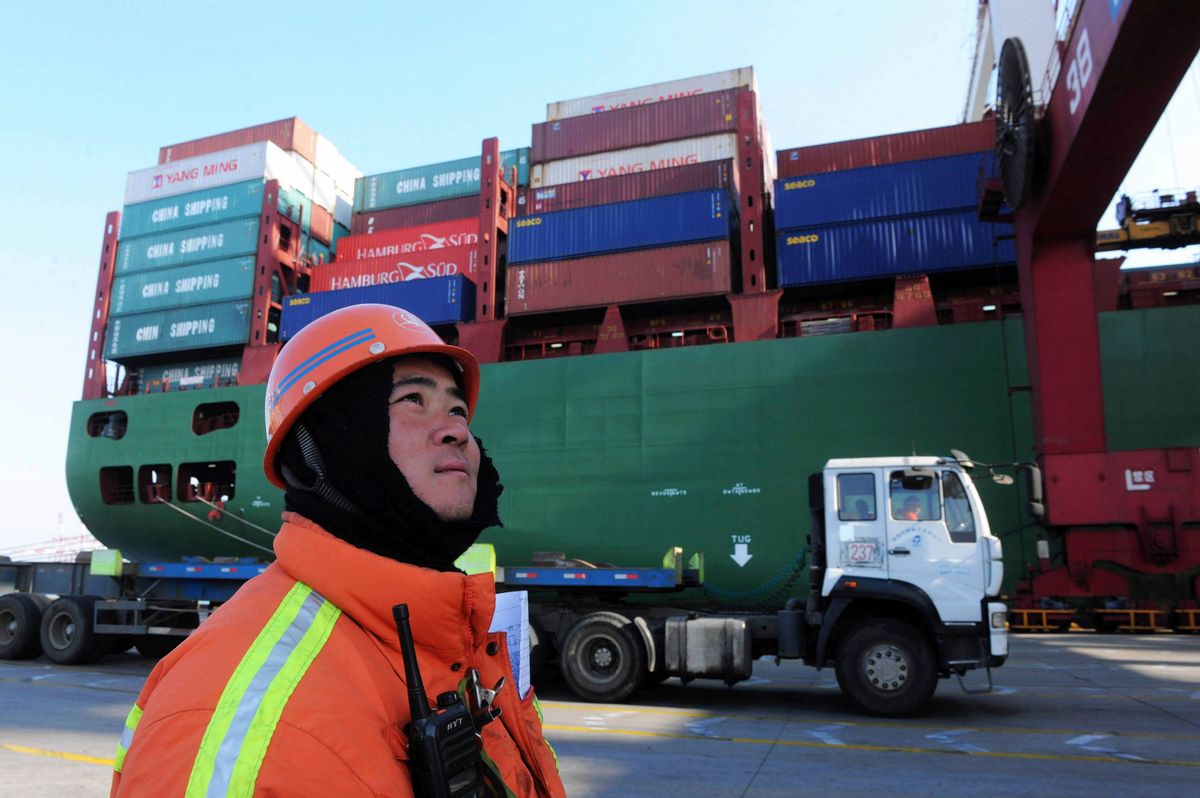 A port worker stands near a container ship at a port in Qingdao in eastern China's Shandong province Monday Feb. 15, 2016. (Chinatopix Via APCHINA OUT)
--

The U.S. and China seem to be on the verge of a costly trade war.

Most recently, the Trump administration announced that Chinese shipments of aluminum foil will now face a hefty import tax, a decision that is intended to offset what the administration believes are unfair Chinese subsidies of its aluminum industry.

What this means in practice is that a handful of Chinese companies will now face “countervailing duties” ranging from 17 percent to 81 percent on their exports of aluminum to the U.S.

And a trade war may also be brewing between the U.S. and several Asian countries in the solar industry.

It is not unusual for the U.S. to punish businesses it deems to be “cheating” on global trade rules, and one should not be too quick to judge any specific punitive measure taken. But the fear is that we are now on a slippery slope toward a trade war, as China is certain to respond by taxing U.S. sales of goods in China.

So what does the U.S. get from trading with China and what could be the costs of a trade war?

This latest action comes on the heels of a breakdown in talks between the two countries over trade last month. More generally it is consistent with President Donald Trump’s repeated promises to protect U.S. companies from what he perceives to be unfair competition from China.

In addition, there is a strong chance that the administration will soon enact additional policies to limit the entry of Chinese products into U.S. markets, with the Chinese steel industry a good bet to be next in line to face punitive import taxes.

What is at stake if the dispute escalates further?

The benefits of trade can be summarized with a simple example. Consider the purchase of a new car. At the outset, some Americans prefer a Hyundai and others a Ford. Those who prefer a Sonata from the Korean car company Hyundai are therefore made better off by U.S. trade with South Korea.

At the same time, Dearborn, Michigan-based Ford must price its vehicles in order to be competitive with Hyundai. As a result, those who prefer a Fusion are also better off from trade with South Korea because the cost of their Ford will likely be lower than otherwise.

And since Ford can also sell its cars to South Koreans, trade allows the automaker to increase its profits, employ more American workers and, in some cases, pay higher wages.

But there is an important caveat: Trade will lead to all these positive outcomes only if American car companies like Ford are not driven out of business, or made less profitable, by competition from South Korean automakers.

Economists have found that these are the most important ways that trade with China or any other country affects workers and consumers. And it follows that the costs to Americans of a trade war escalate as each of these gains from trade goes away. There will be fewer choices, higher prices and a smaller market for American products.

And while some companies are indeed driven out of business by trade, or simply made less profitable, these tend to be the least productive companies, and so it turns out that this effect is not that harmful to the economy.

Except when it is. During the late 1990s and early 2000s, for example, U.S. trade with China likely depressed American wages as U.S. manufacturing companies, which once offered decent wages for blue-collar workers, were made less profitable or driven out of business by Chinese businesses. And while it is important to note that the gains described above were still very important — trade with China has led to significantly lower prices for U.S. consumers — this period was undoubtedly a crisis for American manufacturing workers.

Turning to the present day, the key fact is that American companies are far less vulnerable to Chinese competition than they used to be. This is because production costs in China have risen dramatically and are now at levels that are much more in line with those associated with developed economies such as the U.S.

As a result, the present-day gains to consumers and workers from trade with China likely outpace any harm to U.S. workers.

As it ponders action against China, the Trump administration should bear in mind that the Chinese government is especially sensitive about trade issues. As a result, the Chinese leadership is very likely to react to higher tariffs or other moves by imposing countervailing measures on U.S. businesses.

This is because China’s rapid growth over the past two decades has largely been driven by trade – in fact, most of that growth occurred as a direct consequence of its entry into the World Trade Organization in 2001. As a result, China feels that it must defend its access to foreign markets, while also ensuring an advantageous environment for its companies at home.

A trade war therefore seems likely. Once the U.S. has imposed tariffs on key Chinese industries, such as steel, China will respond by targeting export-oriented U.S. industries. These industries may then lobby the Trump administration for remedy or retaliation, provoking further response from the Chinese. This is the notion of a “tit-for-tat” trade war.

What will happen if the two largest economies in the world enter into a trade war? Quantifying the potential impact is complicated, but history suggests that both countries would take a significant hit to their economies. Looking to the historical record, in a somewhat extreme case Doug Irwin of Dartmouth found that when the U.S. drastically raised barriers to imports beginning in 1807, this cost the U.S. nearly 5 percent of its national income in 1808. Today such a drop would amount to nearly a trillion dollars of lost income.

For more recent guidance, we can consider estimates from University of Chicago economist Ralph Ossa, who calculated that a global trade war (one that included a rise in import barriers for all countries) would reduce real incomes around the world by 3.5 percent on average. For context, average GDP growth for all countries in the world was around 2.2 percent in 2016. Thus, the average country would lose a year and a half of economic growth from a global trade war.

Of course, the U.S. and China are only two countries, but, given that they are the two largest economies, one can surmise that the income hit from a trade war would be substantial.

Rapidly growing economies tend to have a few things in common, one of the most important being that they are deeply engaged in global trade.

In the big picture, the story of the rapid rise in incomes since the Industrial Revolution, and for many countries following World War II, is to a large extent a story of rising international trade.

As a consequence, trade wars hurt — and should be avoided.