How to protect your eyes during the solar eclipse: Don't look directly at the sun! 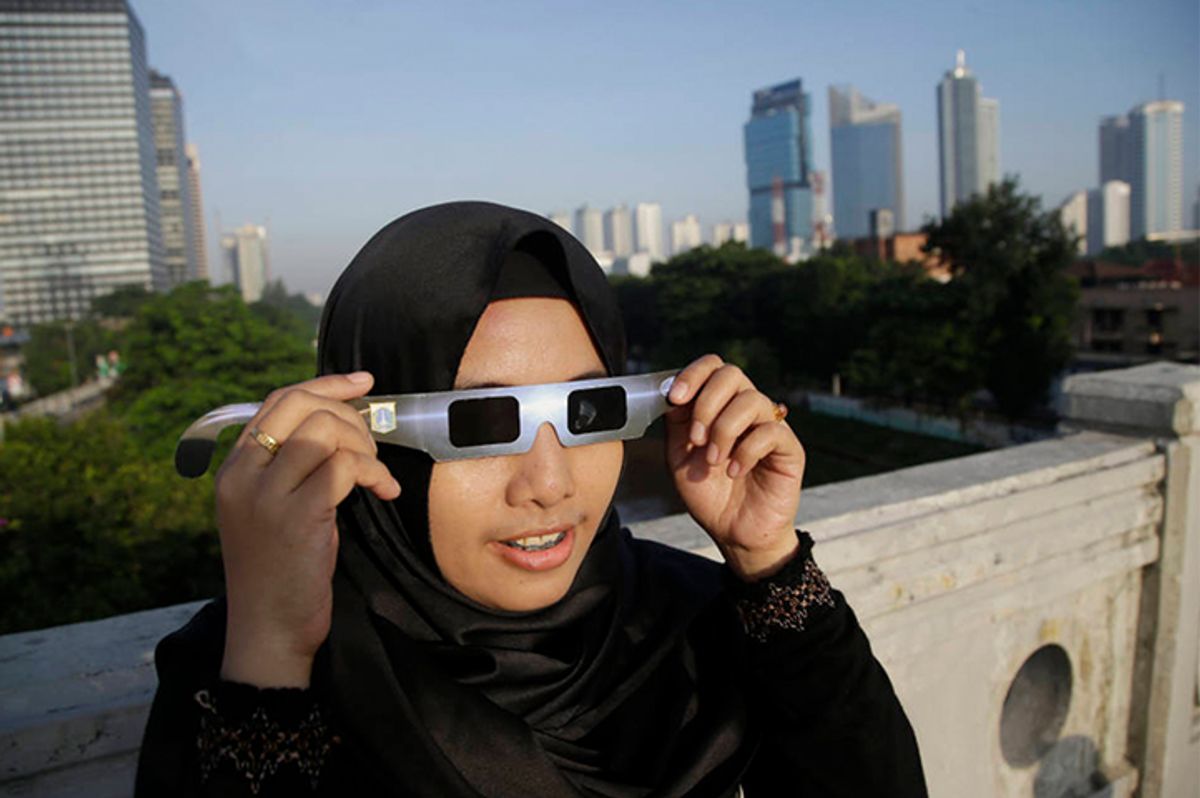 As excitement builds among amateur astronomers and sky gazers for the 2017 total solar eclipse on Monday, Aug. 21, there are safety precautions to keep in mind to avoid eye damage and in some cases, blindness.

Salon spoke with Jason Kendall, a board member at the Amateur Astronomers Association of New York and an astronomy lecturer at Hunter College and William Paterson University, about the risks associated with looking at the sun with your naked eye during the eclipse.

Kendall is traveling to Glendo, Wyoming, to view the event, which is within the eclipse's path of totality, a stretch touching 14 states where the sky will darken when the moon casts a shadow onto Earth.

On what to avoid doing during the eclipse

First and foremost, don't look at the sun. The sun will not be any dimmer unless you're in the path of totality. I don't care what anybody says, don't look at the sun. Don't use a telescope that doesn't have a proper solar filter. Don't look with binoculars. If you take a picture of it with your DSLR camera, likely you're going to blow out the chip on your camera.

On looking at the solar eclipse with mirrored devices

If you use binoculars and look at the sun, you will go blind. It's as simple as that. Simple as that and it won't take long. It'll take less than a second.

On the availability of solar filters and eclipse glasses

From what I've heard, they're pretty much sold out everywhere in the United States, and it's too late to get them Fed-ex'd to wherever you're at, so here's what you want to do: build a pinhole camera.

Learn more about building your own pinhole camera here, and read more about NASA's safety tips.