Music doc veteran and co-director, Rudi Dolezal talks about “Whitney: Can I Be Me,”

The film explores Whitney's tragic end, storied career, her personal life and nuances about her sexuality 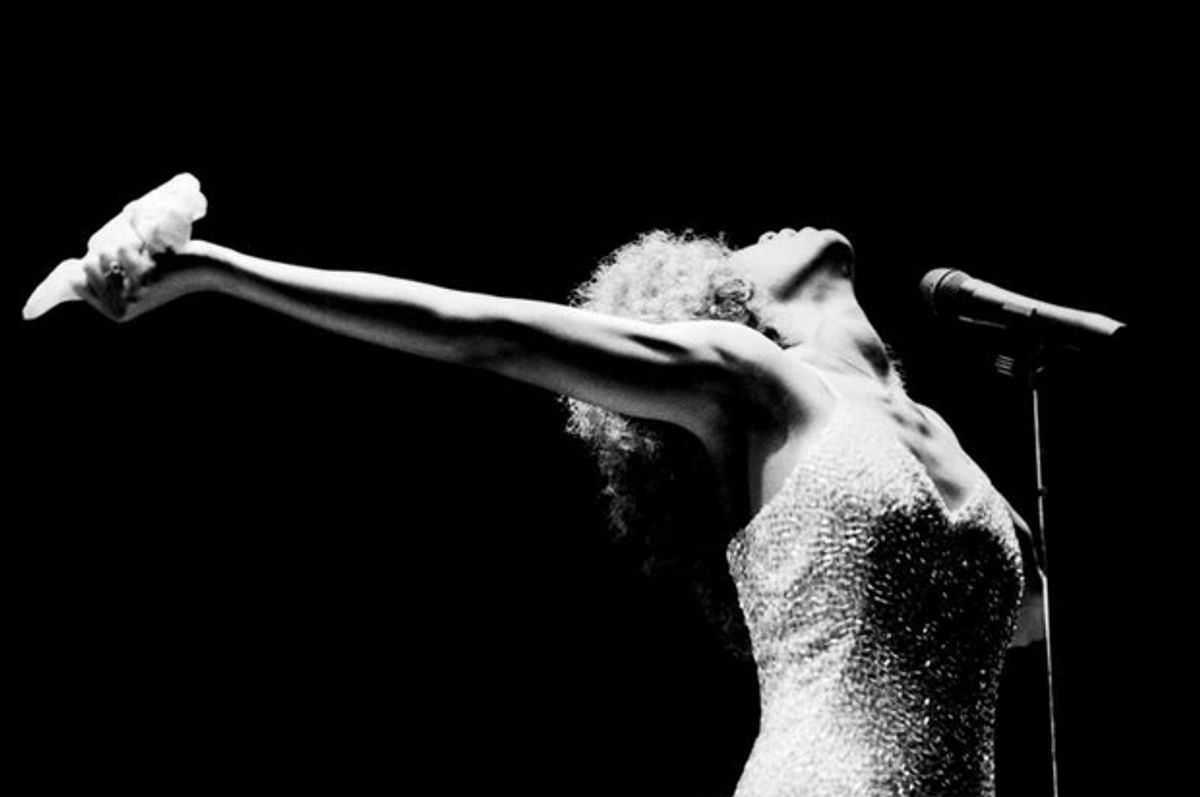 The documentary, “Whitney: Can I Be Me,” begins with an emergency operator relaying the details of the death of a woman in Los Angeles who, as we know, isn’t just some Jane Doe. It’s pop star legend, Whitney Houston, who drowned in a hotel bathtub when she was 48 years-old in 2012. We then hear it wasn’t the cocaine in her bloodstream that killed her. “She died of a broken heart,” says a voice, pointing us in this tale’s direction: there’s a gap between what we know and what we think we know about the rise and fall of Houston.

Co-directed by the revered Nick Broomfield (“Kurt & Courtney,” “Biggie & Tupac”) and music doc veteran Rudi Dolezal, "Whitney" opens in theaters this Friday and then premieres on TV on Showtime on August 25th. The film delivers much of what one would hope for: satisfying trills from the singer’s incredible voice, behind-the-scenes footage, and testimonials (to her magnificence and weaknesses) by family and friends. But Broomfield and Dolezal go further by exploring the inherent tension in whether we can ever really know another person, let alone a famous one. Take note, for instance, of Robyn Crawford, a lifelong friend of Houston’s, who may appear in the background, but she manages to ground the film as one of its most compelling characters.

Salon spoke about the film with Dolezal, who first worked with Houston when she cut her first album.

How did you get access to the unused footage from Whitney's last successful concert?

I filmed all this footage myself as director/producer for another documentary called “Close Up,” which until this day is unreleased. I got the access to film this footage because I worked with Whitney since her first album, and she saw my documentaries on Queen (“Freddie Mercury: The Untold Story”) and on The Rolling Stones (“Argentina ‘98”).

How did you and Nick come to making the film?

After Nick saw my work he asked me if I wanted to work with him as a co-director on “Whitney: Can I Be Me.” From filmmaker to filmmaker. That’s what was interesting to me. It was a challenge for two directors to work together — but I am very happy with the result.

The working relationship with Nick was great. I have great respect for Nick’s work. For me he is a legend as a documentary filmmaker. It was an honor to work with him.

How did your opinion about Whitney evolve during the production?

My respect and love for Whitney as one of the best voices in pop culture ever will never change. What I learned through working with Nick and his view of the tragic drama is that Whitney could have been saved.

I want to nominate Robyn for most compelling documentary character of 2017. What's your view about her place in Whitney's life, and how was it dealing with her during the making of the film?

I had the privilege of working closely with Robyn, especially during the tour filming in 1999/2000. Without her, this footage would not exist. Robyn is a very talented and gifted person. I have high respect for her still. I know that Robyn was very important in Whitney’s life.

My relationship to Whitney and Robyn was a creative working relationship as a director working with the artist — we never talked about this, and to be honest, I think it’s none of my business.

The film demonstrates that Whitney's mom was at least partly responsible for her inability to survive her success. How did you navigate being truthful and empathetic in portraying Cissy?

When I interviewed Cissy, I met a very cold person. I had the feeling Cissy felt Whitney had the success that Cissy always wanted.

How has Cissy responded to the film?

“I Will Always Love You"