Swift's win in her sexual assault case is a good thing, but that doesn't make it a political awakening 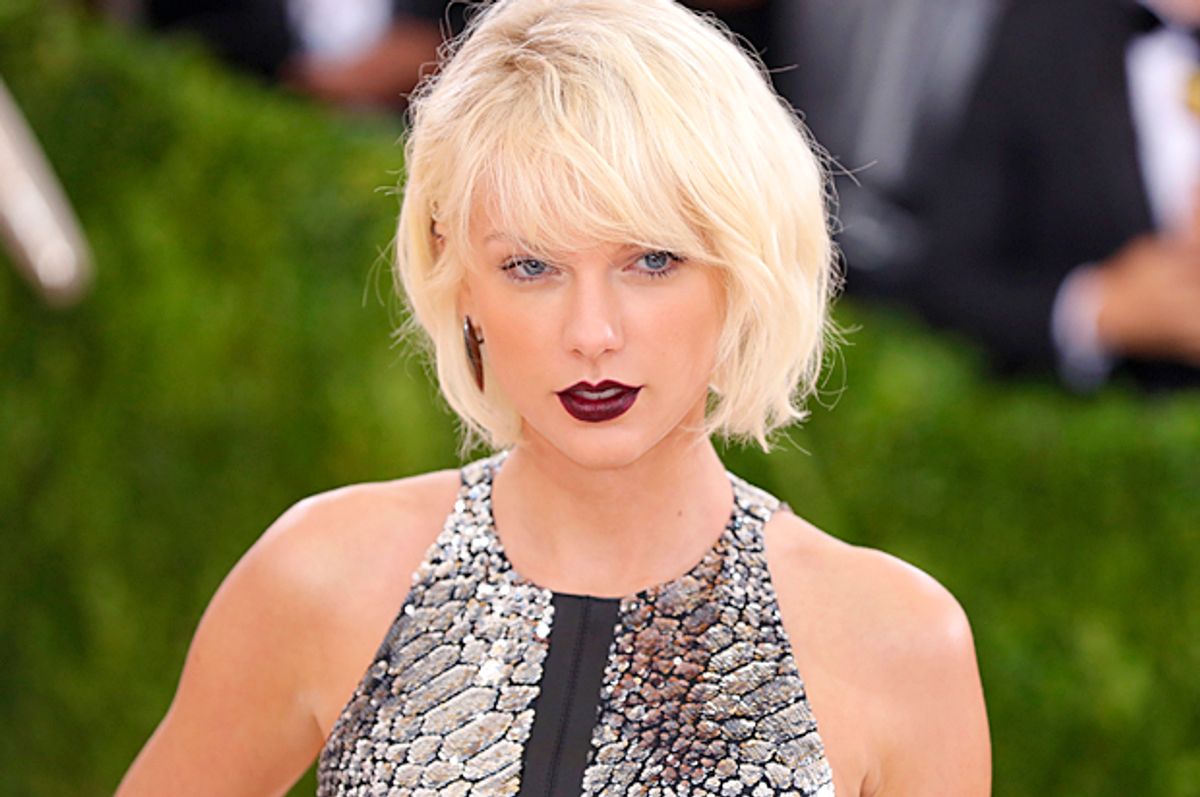 This week, Taylor Swift was victorious in a countersuit against DJ David Mueller who allegedly groped Swift at a meet-and-greet event in Denver in 2013. Mueller sued the pop singer and claimed that he was fired from his job because of pressure from Swift's team, and also that he was innocent. Swift successfully counter-sued for a symbolic $1.

Shortly after the verdict came in, Swift, 27, released a statement in which she thanked her attorneys and "anyone who feels silenced by a sexual assault," she said. “I acknowledge the privilege that I benefit from in life, in society and in my ability to shoulder the enormous cost of defending myself in a trial like this. My hope is to help those whose voices should also be heard. Therefore, I will be making donations in the near future to multiple organizations that help sexual assault victims defend themselves.”

Thereafter, news outlets were quick to dub this win and Swift's statement, her "long-awaited political awakening." "Attacked for her silence during the 2016 presidential election and over the Black Lives Matter movement, Taylor Swift has, by countersuing a man who groped her, finally made a universal feminist statement," The Guardian wrote.

Swift has been known to wave the feminist banner only when it directly benefits her. During her Album-of-the-year acceptance speech at the 2016 Grammy's she spoke to young women. "There are going to be people along the way who are going to try to undercut your success or take credit for your accomplishments or your fame,” she said. Sounds empowering. But really, it was just a clap back to a Kanye West rap line and in general, to a public dispute that seemed more about honing in on Swift's victim-playing brand than actual anger or female empowerment.

There was also the cringe-worthy time Swift attempted to silence Nicki Minaj's valid critiques of the way black women are marginalized in entertainment, one in which she never actually mentioned Swift's name. Swift claimed victim again and accused Minaj of "pitting women against each other," a clear undercutting of Minaj's remarks and a sort of affirmation of the racism black female entertainers experience regularly.

But with Swift, that's nothing new. She continues to take and profit from black culture, without ever acknowledging the oppression and systematic racism black people face in the U.S. She sent her condolences to the lives lost in Manchester, yet was silent in the immediate wake of the white supremacist terrorism in Charlottesville — terrorism committed by the very folks who uphold her as an "Aryan Goddess." She's been equally silent about every other police brutality incident that took a black life.

Given all that, when people are quick to name Swift a feminist and, in this particular case, a universal hero for women, you have to wonder what women they're really talking about.

Yet Swift's win as a wealthy, famous, conventionally attractive white woman isn't one that's universal. It doesn't mean the next woman will be believed by her family, in her workplace or by the police she reports it to, never mind the likelihood of the case taken to court, nor it resulting in a victory. As well, it's doubtful that perpetrators will be deterred because of it.

Lauding Swift's legal victory and subsequent statement as evidence of her advocacy for sexual assault victims is puzzling, considering she wouldn’t even denounce the presidential candidate accused of it. The true test of Taylor Swift's political voice will be when and if she uses her platform and power to speak up when doing so doesn't directly benefit her.