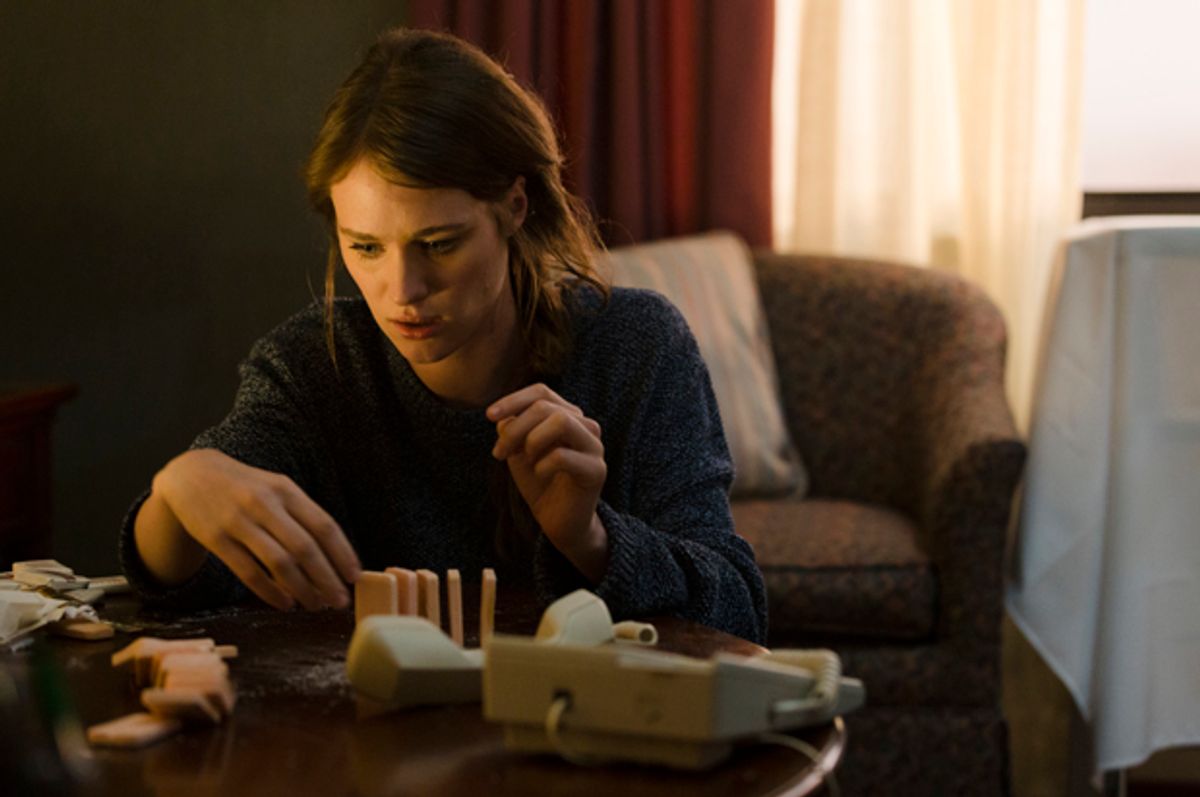 Many respected critics declare “Halt and Catch Fire” to be one of the best dramas on television right now. To be honest, it was never my show. Erring on the side of honesty and full disclosure feels like the way to go here.

My personal feelings about a series don’t factor into whether it merits coverage, of course. Much of what professional viewers of television write about is viewed out of obligation as opposed to heartfelt desire. My job is to point out the scripted pearls hiding in the Peak TV slurry.

So please note that “Halt and Catch Fire” returns for its fourth and final season Saturday at 10 p.m. And be aware than aside from the three new episodes AMC made available for review, I have not watched an entire season’s worth of episodes of this show since its turgid first.

If you’re seeking substantive analysis that calls upon an intimacy with the series as a whole, look elsewhere. While I could have binged past seasons to feign expertise and plausibly string together a few insights about the new season, I intentionally chose not to, aside from viewing the last two episodes of season 3 to set up this new season.

Instead, I took this opportunity to test a longstanding theory I’ve espoused that if a show really is worthwhile, the writing, direction and acting on display in one episode is enough to persuade a person to watch the entire series at a point of her choosing, however she chooses.

Completists may balk at this suggestion, and understandably. Serialized television has trained us to regard shows as moving novels whose progression is intentional and precisely ordered. There is a beginning, the long journey in the middle and a distinct finale. Jumping to the last pages can ruin the surprises lurking in the center of the book.

“Halt and Catch Fire” underlines this idea, truly, especially given that the first-season versions of these characters, who we met at the dawn of the personal technology revolution in the early 1980s, are exceedingly different from the mavericks and venture capitalists we catch up with in the 1990s. Or in the show’s second season, or in its freewheeling third when the series reportedly hit its creative apex.

However — allow me to keep this analogy going — we have a lot of new books flying at us, all the time. More than 342 series have premiered in this year alone, and that means asking any viewer, pro or recreational, to devote hours to gaining encyclopedic knowledge of a series prior to seeing its latest episodes may be unreasonable.

Appreciating its worth as it is now is completely feasible, because “Halt and Catch Fire” is so very different than the show it used to be. The only prerequisite to understanding the anxiety driving the season premiere, which expeditiously passes time using a smoothly interwoven montage, is to watch season 3’s finale.

Some people may even choose to meet Joe MacMillan (Lee Pace), Cameron Howe (Mackenzie Davis), Gordon Clark (Scoot McNairy) and Donna Emerson (Kerry Bishé) cold and for the first time, as fully formed career-conscious adults whose shared past is implied but not specified. Standing alone, the new episodes take on the tone of a fascinating emotional puzzle inviting the viewer to piece together a history that is rife with conflict and heavy with rosy and tainted memories.

The second episode of season 4, airing next week, explores the emotional miasma this difficult past has created in its fullness. The majority of it is framed by a phone conversation between Joe and Cameron that allows Pace, especially, to tipsily wend and weave between emotions. Really, this is the magic hour that effectively sells the worth of “Halt and Catch Fire” as a whole.

In its spare presentation, the actors hint at an interwoven bygone era that’s as bright as it is bloody in its remembrance. Here, too, is the core magnetism of this show: It’s exhilarating to consider the epic evolution of these characters, people who transform with a speed and extremity that parallels the rapid rise and takeover of the industry they’re shaping. Even if you know nothing about what’s led up to the phone call, this episode makes you curious to find out the story behind their fatigued loneliness.

For those who need a few of the blanks to be filled in before committing, the the first season of “Halt and Catch Fire” introduces Pace’s Joe as the sure and swaggering hero who knows how to spot a golden investment. He finds it in Gordon, Gordon’s wife and engineering partner Donna, and Cameron, a scrappy college student with a rebellious streak and a love of gaming.

In the creation of their partnership he alternately manipulates the boss of the small mainframe software company that hires him, John Bosworth (played by Toby Huss), and makes him a player in a level of the game that he otherwise might not have accessed.

Season 1 Joe is cocky, smug and calculating while Cameron could, at times, seem feral. The fourth-season versions of these characters connecting in that lonely phone conversation are battered and rumpled. Joe sought to ascend the tech mountain in previous seasons, stepping frequently on the people who helped him rise. Cameron has transformed from the punky ingenue to a visionary female programmer in a field aggressively dominated by men — something she and Donna have in common, a shared experience that led to a partnership in season 2 that has since been shattered.

Concurrently, in that same fourth-season episode the behavioral shifts in Donna and Gordon are striking. Yesterday’s Donna is the quintessential woman who put her career on hold to raise a family. Now she’s the queen of the venture capitalist mountain, and Gordon is scraping and snarling to remain competitive.

But it’s that phone conversation that exhibits “Halt and Catch Fire” at its creative apex, as two characters who have struggled so mightily to dominate and manipulate this new communication frontier discover a way to connect at long last.

It only takes a couple of hours to make the case for returning to the “Halt and Catch Fire” that was, in order to understand what it has become. You don’t have to stop your progress with the current season, either, and in fact, it may be interesting to leap back and forth between previous seasons and the current one at your own pace.

The wonderful thing about signing on to “Halt and Catch Fire” is that there is no loud club clamoring to discuss theories of why a certain character made a move during episode X of season Y. No late-night comedians joke about what happened in recent episodes, and there’s almost no danger of overhearing conversations about it on the bus. We can explore it on our own time, appreciating its current greatness and in doing so, perhaps even reevaluate our feelings about its clunky, whirring beginnings.  Doesn’t every sleek modern device start out as lumbering, boxy machine?