Wilco has a stark message for fearful white America 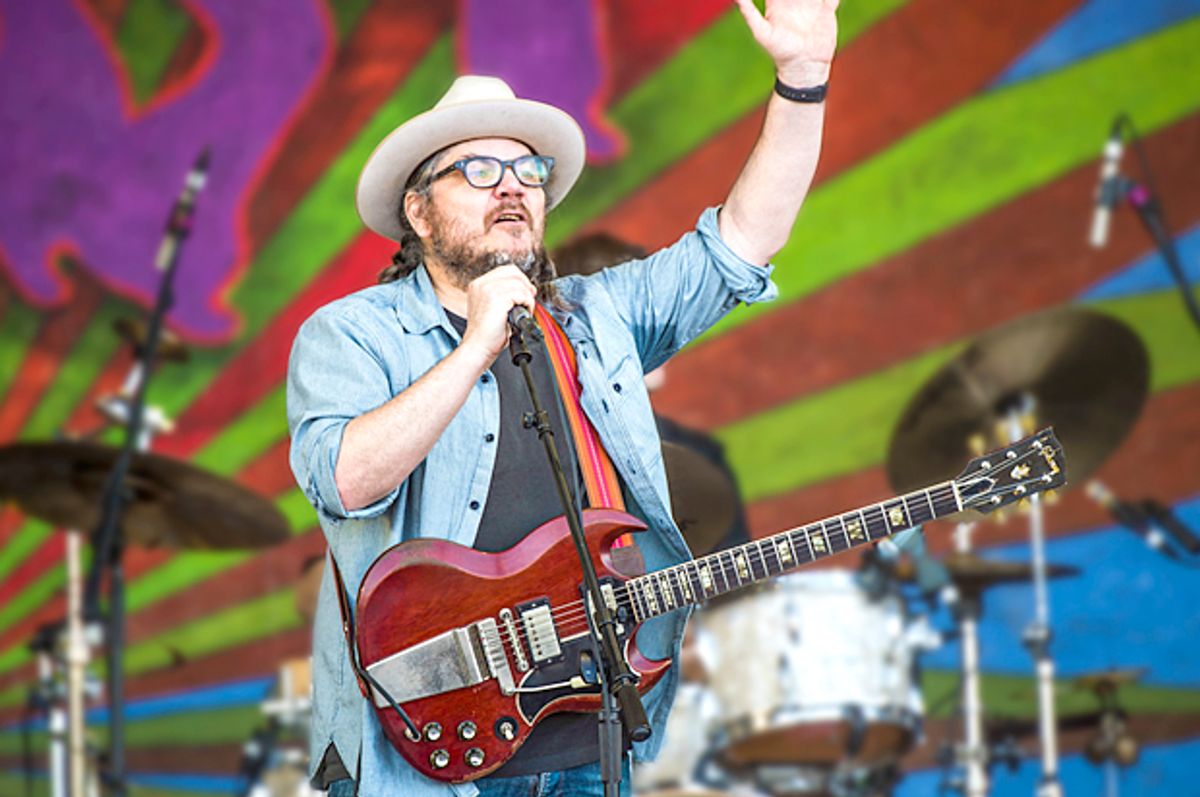 On Monday, just two days after tragedy visited Charlottesville, Virginia, Wilco released a new song that, in harsh terms, addressed the sentiment underlying the monument-removal protest. By contrast, it took the same amount of time for President Trump to unequivocally condemn the violent neo-Nazis and KKK members — a condemnation Trump swiftly hedged.

Art has often been a more powerful response to hatred, tragedy, violence and the like than politicians’ remarks. But at no point in history have artists been able to respond to those forces with art as quickly and as widely as they can today. It’s not clear when the band wrote and recorded the song. But it’s conceivable that only 48 hours elapsed between inception and dissemination. And thanks to Bandcamp, when the song was released it could be downloaded the world over for $1 — money that would benefit the Southern Poverty Law Center.

But regardless of whether the song, titled “All Lives, You Say?”, was inspired directly by Saturday’s events or was recorded months ago and shelved, it feels especially resonant now. It is a short, mournful, three-verse folk song. A poem over a steady beat and light acoustic strumming.

Jeff Tweedy begins by addressing those who say “All lives” — as in “All Lives Matter.” “I can see you are afraid/ Your skin is so thin/ Your heart has escaped,” he sings. And in the second stanza: “You were born at the end of a noose/ What was up came down with your blues/ But you don't know how to sing anything anyway.”

Tweedy’s singing is somber and delicate, as though he were addressing snowflakes. But he’s not condescending. His voice is rich with empathy. And after the second verse, a rift is born out of a whining electric riff; when Tweedy returns, he takes the perspective of the person he was addressing. “My mind, my mind is gone/ It's too hard for me to know when I'm wrong.”

The song isn’t directed at the overt white supremacists who provoked violence on Saturday so much as at the wider swath of discontented white Americans who feel threatened by change and difference. Begrudging Trump voters. The disillusioned and the defensive. From a purely sonic standpoint, it sounds like Tweedy is soothing those people’s fears. But his words are diagnostic, decisively unsympathetic; he’s reading an overdue death sentence. “This is the last dying gasp of a deadly lung/ Turning blue on a lawn in the sun,” he sings in the final line of the song — a line meant to comfort progressives, if anyone.

Tweedy dedicated “All Lives, You Say?” to his father, who reportedly died earlier this month. “My dad was named after a Civil War general, and he voted for Barack Obama twice,” Tweedy said in a statement. “He used to say ‘If you know better, you can do better.’ America — we know better. We can do better.”

Though Tweedy refers to America as a whole in the statement, the content of the song suggests that he’s speaking to a specific wing of America. The day before the song was released, Leah Daughtry, the CEO of the Democratic National Convention Committee, tweeted, “Dear White Politicians, do not go to black churches today & tell us how much you hate racism. Go to white churches and tell them.” That felt like what Tweedy was doing. In stark terms, he was telling his congregation that ties to the past don’t preclude change in the future. Maybe he was preaching to the choir. But at least he wasn’t mincing words.