Brexit and Ireland: Britain's troubled relationship with the island next door is a problem again 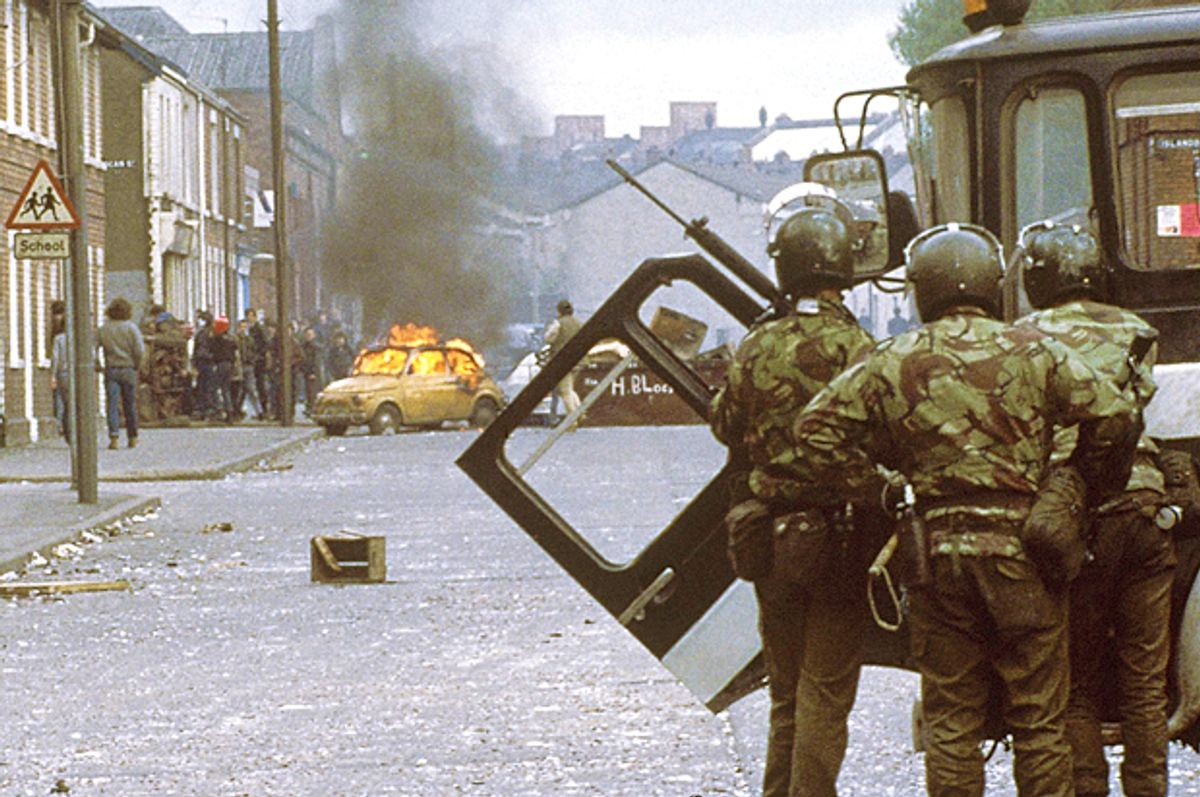 The border between the Republic of Ireland and the British province of Northern Ireland stretches for 310 miles, cutting in half the rivers, farms, roads and even homes in its path.

Traveling from one side of the border to the other, you would barely notice that you had crossed an international boundary. Often, the only visible indication that you have entered another country is when the road signs switch from kilometers to miles, or vice versa.

There are no patrols, no stops and no checkpoints of any description. To an unaware observer, this border is essentially nonexistent. But Brexit could change all that.

When Britain voted to leave the European Union, it caused considerable anxiety in Northern Ireland, where the majority voted to remain part of the European bloc. The reason for the anxiety centres on this now invisible border and what will happen to it — because when Brexit is official, the United Kingdom will for the first time, have a major land border with the EU.

At first thought, this might not seem so complicated. In reality, it is turning out to be a logistical nightmare when it comes to trade, immigration, daily commuting — and even things like air traffic control jurisdictions.

There are more border crossing points between Northern Ireland and the Republic (275) than there are along the EU’s entire eastern border (137). Settling on exact figures for the number of crossings is difficult, mainly because there is no generally accepted idea about how big a track or path must be to be classified as a crossing. In some places, the same winding road or meandering track may cross the border several times.

Apart from the obvious operational complications, there’s the added element of whether any new "hard" border infrastructure (i.e., checkpoints, cameras, etc.) may provoke flare-ups of violence from dissident Irish republicans who still hope to challenge British control of Northern Ireland.

The border, invisible and seamless as it is today, was not always that way. During the 3o-year period of political and sectarian violence between 1968 and 1998 — known in Ireland as "the Troubles" — crossing the Northern Ireland border was an entirely different affair.

To cross, people had to go through militarized checkpoints and answer soldiers’ questions about where they were going and why. The border itself was a focal point of the conflict and was often the target of bombings — which left people feeling like sitting ducks during the frequent checkpoint delays. Back then, there were just 20 official crossings. The British Army spiked or cratered the rest, making them impassable.

The idea of going back to any form of "hard" border now is therefore not just logistically nightmarish but also psychologically jarring for many who live in the borderlands. To those who lived through the worst of the Troubles, it feels like taking a step back to a traumatic period in the region’s history.

But there’s no escaping reality. The British government has until October to prove to Brussels that it has made “sufficient progress” on its EU exit strategy, with the Irish border question one of the major issues of concern.

It’s an unusual conundrum, in that both sides want the same thing — a continued "soft" border — but nobody can seem to find a way to make it logistically feasible.

The British government recently released a position paper laying out its vision for how the border will work post-Brexit. It has been met with criticism across the board for being more idealistic than realistic.

When Brexit comes into effect, the UK will leave the EU customs union, meaning that some controls at the border will become necessary. Britain is asking for a temporary arrangement to ease the transition period and prevent border chaos. The EU looks set to block that request already and argues that the “frictionless” border that Prime Minister Theresa May’s government envisions may be an impossibility.

Ireland’s EU commissioner put it bluntly when he said there was “a high level of delusion in London” about how all this will work in practice. London wants to maintain an open border, but seeks exemptions for traders and farmers from a slew of EU customs and food safety checks. Downing Street says that to do this, it will seek “regulatory equivalence” with the EU to avoid the need for checks of goods and animals.

Even if the trade issue could be solved, that still leaves the issue of the movement of people across the border. The Common Travel Area (CTA) currently allows free movement of UK and Irish citizens within mainland Britain, the Republic of Ireland and Northern Ireland. This is necessary, particularly in the borderlands, because up to 35,000 people commute over the border each day. The British government (and everyone else) wants to keep the CTA as it is — but Ireland is part of the EU and therefore accepts citizens to work and live from all over the 28 member states.

A key rallying cry among those in the UK who voted to leave the EU was the claim that Britain needed to take back full control of its borders. If there are no border checks entering Northern Ireland by land, there’s nothing stopping an EU citizen from say, Poland or Romania from flying to Dublin and simply rolling across the border into the UK, no questions asked. The British government believes it can still control immigration through monitoring the jobs market and welfare system. But there’s more than just illegal immigrants to worry about. Some politicians and pundits are warning that the border would become a “smuggler’s paradise” and that it could give British firms an unofficial “back door into Europe.”

All of London’s plans rest on the idea that the EU will happily agree to an essentially unmonitored and uncontrolled 300-mile border — and Brussels is already indicating that it doesn’t like where London is going with its post-Brexit fantasies.

The Irish government previously proposed a "sea border" between the two nations, which would involve treating Northern Ireland like a separate entity, subject to separate rules, and allow life to go on as usual across the land border between the north and south — but the British government has ruled that out.

One thing that could solve these problems overnight is a united Ireland, precisely the goal IRA militants pursued in the 30-year conflict. If the six counties of the North joined the Republic of Ireland, the entire island could remain in the EU and this entire issue would disappear. The obvious problem here is that the idea is massively politically sensitive and even proposing it a hard-won peace at immediate risk. Northern Ireland's Protestant majority is still a long way from accepting that notion.

The border’s darkest days are history, but right now, nobody quite knows how to manage it. Until all parties come up with workable solutions, it’s an increasingly tense waiting game.