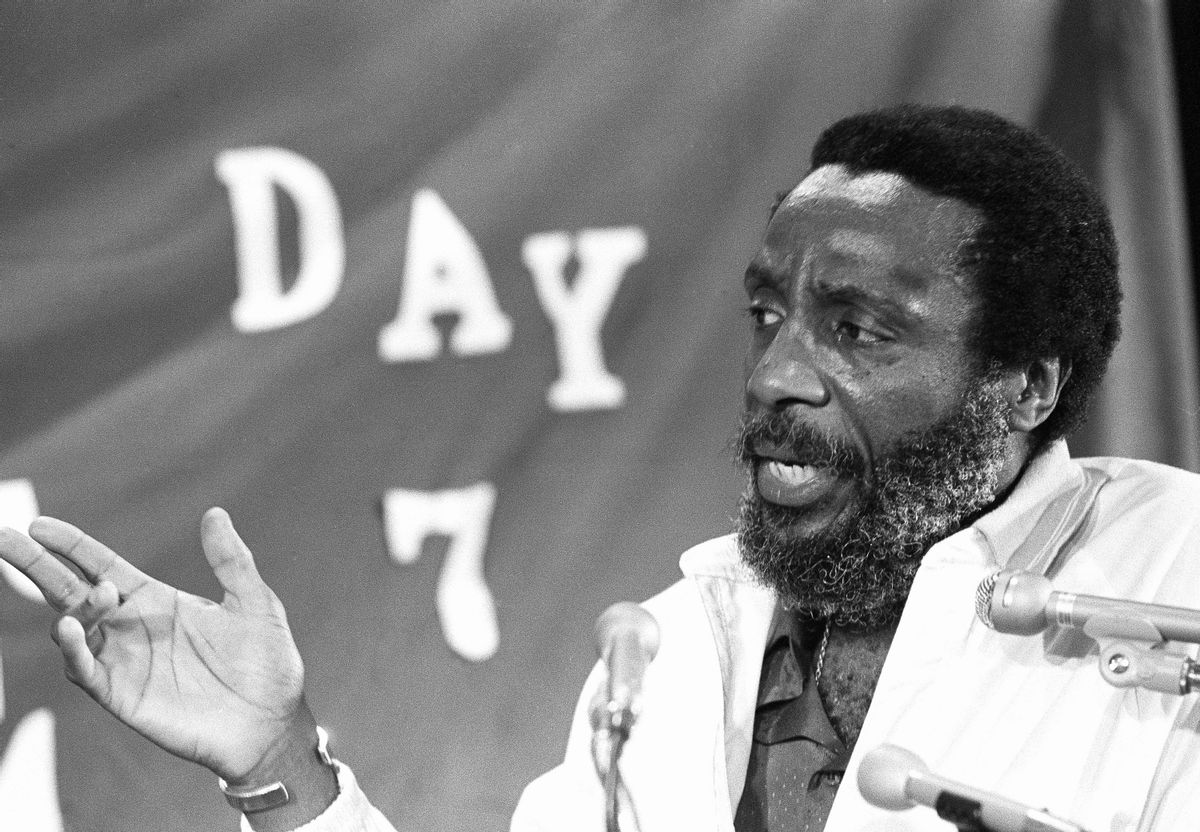 Political activist Dick Gregory talk with the press in Springfield , May 24, 1982. Gregory entered his third day of a five-day total fast with no food or water. He joined seven women who are fasting on water only in protest of Illinois' failure to pass the Equal Rights Amendment. The women entered their seventh day of fasting, vowing to keep it up until the passage of E.R.A by the Illinois legislature. (AP Photo) (AP Photo)
--

Dick Gregory, the trailblazing comedian and prominent civil rights activist, died at a Washington, D.C. hospital on Saturday at the age of 84. His cause of death was heart failure.

"It is with enormous sadness that the Gregory family confirms that their father, comedic legend and civil rights activist Mr. Dick Gregory departed this earth tonight in Washington, DC," Gregory's family wrote on the comedian's Instagram page. "The family appreciates the outpouring of support and love and respectfully asks for their privacy as they grieve during this very difficult time."

Gregory was at the front lines of the civil rights movement. During the 1960s, there were few causes he would not protest. He spoke out against the Vietnam War and the racial injustice back at home in America. He was known for participating in hunger strikes for weeks on end, dropping his weight to sub-100 pounds.

Gregory's stand-up comedy provided him a stage to address the issues of the day. He was one of the first African-American comedians to perform at white clubs and was unafraid to show his audience the error of their ways.

"Last time I was down South I walked into this restaurant, and this white waitress came up to me and said: 'We don't serve colored people here.' I said: 'That's all right, I don't eat colored people. Bring me a whole fried chicken,'" one joke went.

Gregory, a St. Louis native, was a pioneer for future black comics. Bill Cosby and Richard Prior cited Gregory as a major influencer. His first big break came in January 1961, when Hugh Hefner asked him to perform at the Playboy Club in Chicago. Gregory would become a regular at the Playboy Club, telling the same jokes to white folks as he did with his black audiences.