Salon talks to writer Scot Armstrong about working with "The Diceman"

Fictional shows about real comedians may be a popular genre, but Armstrong says "DICE's" point of view is unique 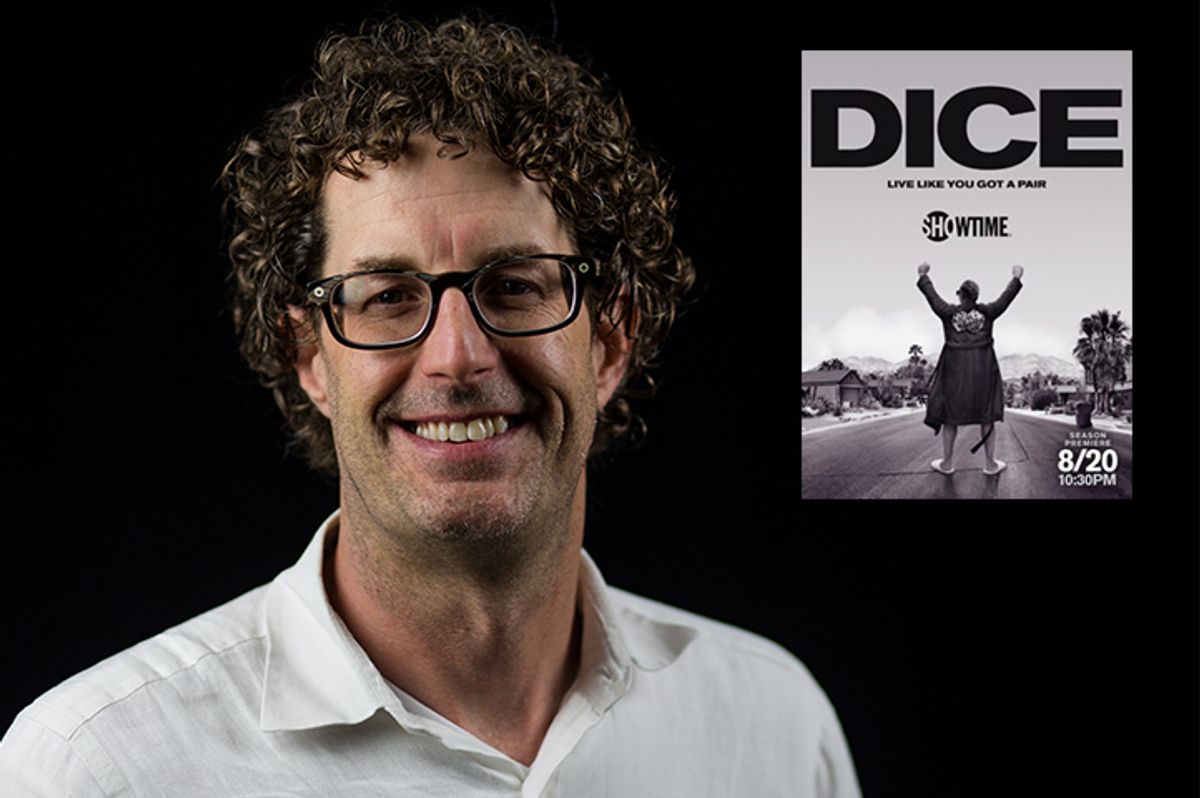 Showtime series "DICE" will return for season 2 on Aug. 20, but writer and director Scot Armstrong still remembers the impactful first meeting with Andrew "Dice" Clay, the star and comedian the show is based on. Most of Armstrong's past bylines include screenwriting for films such as "Old School," "Road Trip" and "Hangover II," but for "DICE," he wears all creative hats. He talked to Salon about the show's beginnings and why Dice's complicated personality makes him such a fascinating character.

On how "DICE" came to life:

The show is about a human being who's stuck in the skin of "The Diceman," this guy who's created this huge, huge legend. He's the first comedian to sell out Madison Square Garden, and he was outrageous and purposely totally obnoxious. But when I met with him a couple of years ago, he's sitting there explaining that he's down on his luck, he's lost most of his money. He's living in the suburbs of Vegas and he's working at the casino and paying off some of his gambling debt and he's a professional gambler. I was immediately interested. I also saw him in the Woody Allen movie the "Blue Jasmine," and you realize he's got great acting talent, he's got chops. So basically, instead of inventing a fictional TV character — I feel like this is more interesting than actually any fiction you can create, because he's such an unusual dude.

On the trend of fictionalized shows about real comedians, like "Curb" or "Louie":

I think that "DICE's" point of view is totally unique and totally different. It's fun to actually write in his voice. We're definitely influenced by these great shows like "Louie" and other shows, but I feel like it's a little bit more surreal. His code that he lives by, it's a little bit gangster. He's living in a world where people can just walk up to him and feel like they know him because he's so famous. I had to break up a fist fight once on set. You don't know what is going to happen.

On who Andrew "Dice" Clay is:

He's got a little bit of a temper, he's super funny and he can act. Part of him is totally outrageous and crazy, but he also loves his kids; he's a kind and compassionate guy, but he's also a guy that can get really angry. He kind of gets frustrated that the world's passed him by a little bit; he's the kind of guy that has a flip phone.

That's the one thing that people I think always like about him the most: he's always kept it real. He has never changed, he believes what he believes in. No matter how PC the world's gotten, he hasn't gone with it.