By Michael A. Livermore 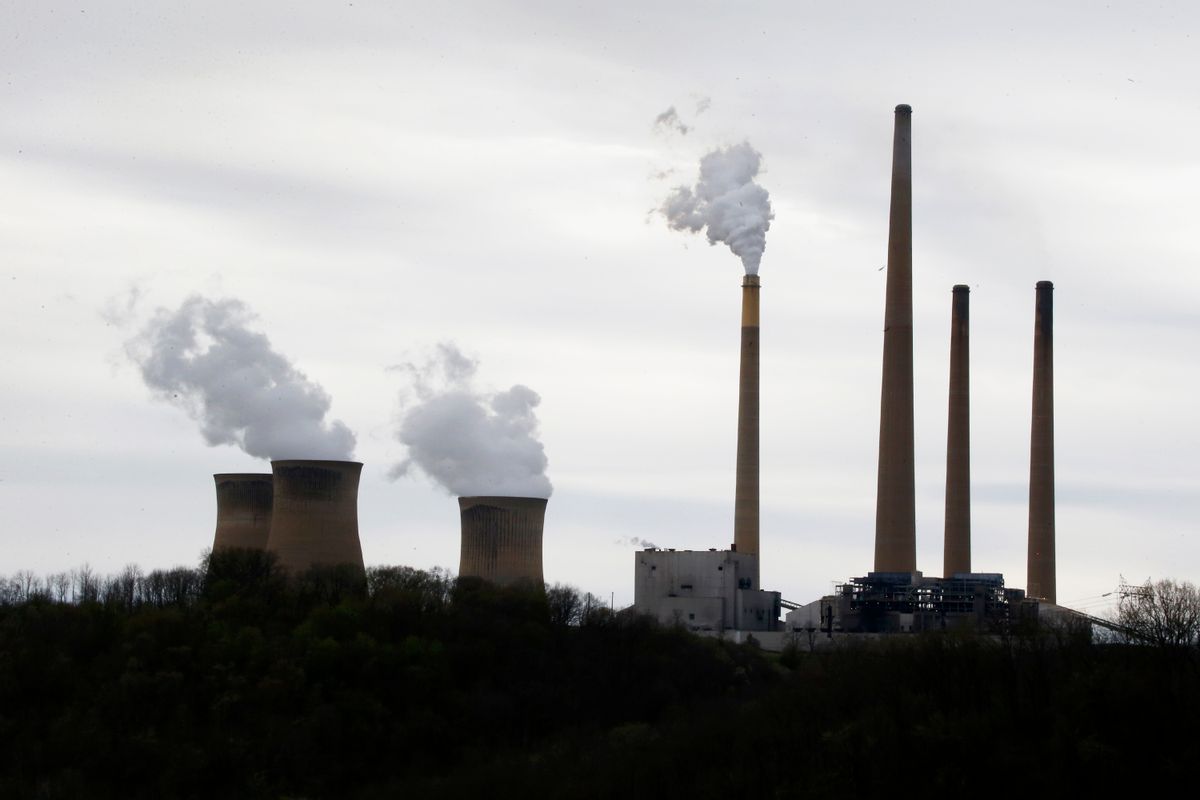 This photo taken May 5, 2014 shows the stacks of the Homer City Generating Station in Homer City, Pa. (AP Photo/Keith Srakocic)
--

President Trump and his appointees, particularly Environmental Protection Agency Administrator Scott Pruitt, have made federalism a theme of their efforts to scale back environmental regulation. They argue that the federal government has become too intrusive and that states should be returned to a position of “regulatory primacy” on environmental matters.

“We have to let the states compete to see who has the best solutions. They know the best how to spend their dollars and how to take care of the people within each state,” Trump said in a speech to the National Governors Association last February.

Some liberal-leaning states have responded by adopting more aggressive regulations. California has positioned itself as a leader in the fight to curb climate change. New York is restructuring its electricity market to facilitate clean energy. And Virginia’s Democratic governor, Terry McAuliffe, has ordered state environmental regulators to design a rule to cap carbon emissions from power plants.

State experimentation may be the only way to break the gridlock on environmental issues that now overwhelms our national political institutions. However, without a broad mandate from the federal government to address urgent environmental problems, few red and purple states will follow California’s lead. In my view, giving too much power to the states will likely result in many states doing less, not more.

What’s so great about the states?

Politicians are happy to praise states’ rights, but they rarely say much about what federalism is supposed to accomplish. Granting more power to the states should not be an end unto itself. Rather, it’s a way to promote goals such as political responsiveness, experimentation and policy diversity.

Many U.S. environmental laws include roles for states and the federal government to work cooperatively to achieve shared objectives. Often, this involves the federal government setting strict goals, with states taking the lead on implementation and enforcement. This careful balance of federal and state power has been implemented by Republican and Democratic administrations alike.

In recent years, scholars have expanded on Justice Brandeis’ famous “laboratories of democracy” model of federalism with the notion of “democratic experimentation.” Brandeis’ core insight, updated for contemporary society, is that decentralization lets state and local governments experiment with different policies to generate information about what works and what doesn’t. Other states and the national government can use those insights to generate better policy outcomes.

But as I have shown in recent work, there is no guarantee that state experimentation will produce neutral technical information. It also can generate political information that can be put to good or bad uses.

For example, state experimentation with pollution controls may allow regulators to identify cheap ways to reduce emissions. On the other hand, big polluters may use the opportunity to figure out clever ways to avoid their obligations.

This happened in the 1970s and ‘80’s after the Clean Air Act was enacted. State experimentation allowed polluters to learn that by building very tall smokestacks at electric power plants, they could send pollution downwind while keeping local officials happy. Experimentation resulted in information on how to push pollution around instead of cleaning it up, and utilities in midwest states used this knowledge to shift pollutants to states downwind in the Northeast.

It makes rhetorical sense for the Trump administration to wrap its environmental agenda in federalism. Air and water pollution are unpopular, and conservation groups have called out Trump’s policies and budget for undoing “environmental safeguards.”

Reframing deregulation as federalism turns the issue into a debate about how to allocate power between the national government and the states. But striking the right balance between federal and state power requires careful attention to context and the costs and benefits of decentralization.

For example, Pruitt has formally proposed to rescind the Clean Water Rule, an Obama administration regulation that clarifies the jurisdiction of EPA and the Army Corps of Engineers to regulate smaller water bodies and wetlands under the Clean Water Act. One might think that without EPA on the beat, states will take a more central role in water pollution control. But in fact, many states have passed laws banning any clean water regulation that is more stringent than federal standards. Shifting responsibility in this area back to states will create a policy vacuum instead of space for experimentation.

There is even more need for a federal role in addressing problems that have global impacts, such as climate change. Once greenhouse gases are emitted, they do not just cause warming in the place where they were released. Instead, they mix in the atmosphere and contribute to climate change around the world. This means that no given jurisdiction pays the full cost of its emissions. Instead, in the language of economics, these impacts are externalities that are felt elsewhere.

This is why a global agreement is needed to effectively slow climate change. The United States has already withdrawn from the Paris climate accord. If we pull back on regulating greenhouse gases nationally as well, many states will have little incentive to take action.

Under the Obama administration’s Clean Power Plan, which Pruitt is reviewing and has told states to ignore, every state was required to figure out how to meet a carbon reduction goal. However, it did not dictate how they should do it.

This approach would have produced valuable political information from red and purple states, which tend to rely more heavily than blue states on fossil fuels. By forcing Republican leaders to craft state climate policies and sell them to their constituents, the Clean Power Plan promoted what I consider truly useful experimentation that could have helped break the national gridlock on climate policy.

Now, without a prod from the federal government, those experiments are unlikely to occur. EPA’s retreat will mean that we have less, not more, insight into smart and politically viable ways of cutting carbon emissions.

Any regulation can be improved on, and the Trump administration could have risen to that challenge. Instead, the leadership at EPA is abdicating the agency’s traditional leadership role. In doing so, it is promoting stagnation and backsliding rather than innovation.

Michael A. Livermore, Associate Professor of Law, University of Virginia

By Michael A. Livermore

MORE FROM Michael A. Livermore