Based on real events, this feature film tells the story of Colin Warner's 21 year struggle to prove his innocence 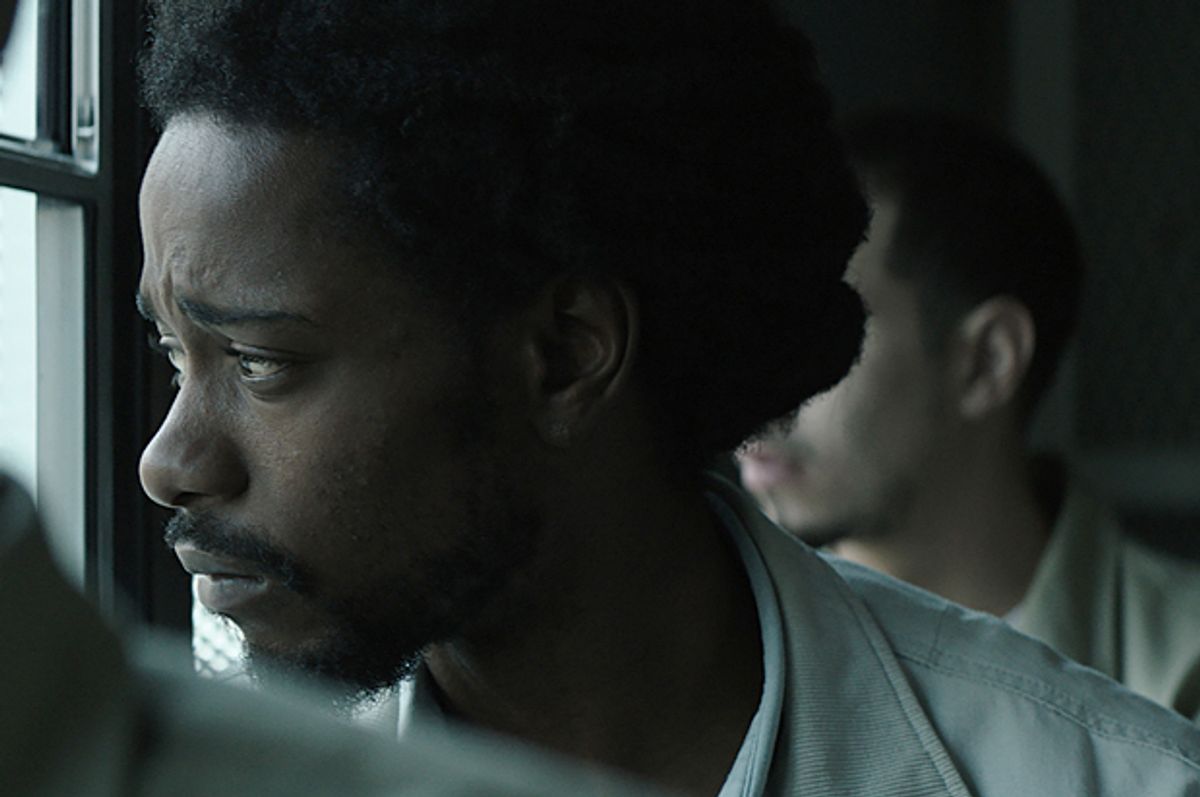 President Trump’s reactionary response to the events in Charlottesville, Virginia last week is yet another reminder that this is a man who lacks understanding of our country’s history of racial oppression. He doesn’t see it. He didn’t see it in 1989, when he placed a full-page ad in several newspapers calling for the death penalty after five young black males were picked up by police and accused of brutally raping a white woman in Central Park. And he still didn’t see it after they served years in prison and were proven innocent by DNA evidence. Even then, he suggested they may have had something to do with it.

So, what would he make of “Crown Heights,” the based-on-a true story feature film about Colin Warner, a black man convicted in 1982 of killing another man in Brooklyn, who served 20 years in prison, and was then exonerated and set free? He wouldn’t see it. Even if he goes to see the film, which he won’t, he wouldn’t see it.

But enough about him. You should consider seeing “Crown Heights;” not necessarily because of the timely political subject matter, but because director Matt Ruskin tells a well-told, nuanced tale that serves as a deep character study into the psychology of Warner (Keith Stanfield), who endured a terrible injustice, and Carl King (Nnamdi Asomugha), his friend who courageously fought to free him. The film won the Audience Award at Sundance earlier this year.

You started your career making documentaries; did you consider doing a documentary about Colin Warner?

I always wanted to adapt this story into a dramatic film. As a filmmaker, I wasn’t setting out to make an issue driven movie. I heard Colin and KC’s story on the radio show “This American Life” and was totally blown away. For Colin to emerge from 21 years in prison without bitterness or spite is extraordinary. And for KC to decide that he couldn’t accept living in a world in which an innocent man could be left to die in prison, and so he fought for more than two decades — it’s inspiring. I wanted to tell the story of their friendship, the enormous strength they displayed and the principled way in which they handled themselves throughout their fight for Colin’s freedom.

What did making a feature about Warner allow you to do that you couldn't have done in a documentary?

I love when films pull me into a world or experience that is different from my own. I think really good dramatic films can do this in a powerful and visceral way. And that was my goal with this film — to tell their story in a way that would hopefully allow people to empathize with them and contemplate what it was like to be in their shoes.

Are the depicted prison letters and the testimony in court all real?

The letters are based on conversations I had with Colin and Antoinette over the years, but not pulled from actual letters. The court scenes are almost all real. I pulled directly from the trial transcripts and took very few liberties with those scenes. The parole hearing is also pulled entirely from the transcripts. The scene is basically an abbreviated version of what really happened. There are so many unbelievable aspects of Colin’s story, and I wanted to include as many real elements as possible.

Was Warner's initial judge really as reluctant and seemingly dubious about the jury's decision, as depicted in the film?

Yes, the judge really said that. Colin said it was an extraordinary moment in court. At the sentencing, the judge issued this statement that expressed his doubt of Colin’s guilt and questioned the integrity of the verdict. It’s really astounding.

What were some of the greatest challenges of writing the script?

I think the hardest thing was finding a way to span 21 years in a cohesive way. I didn’t want to break up the chronology of the story. I was always struck by how Colin talked about the experience of being arrested for a crime he didn’t commit — I wanted the audience to feel the confus[ion] and how disorienting an experience it was for him. If we told the story in a nonlinear way and started with him in prison, we would have lost some of that tension.

Throughout the film, there is a backdrop of get-tough-on-crime politicians; how do you want audiences to relate what they see on the screen to the world we're living in?

There’s two things. It’s not a partisan issue. Bill Clinton’s crime bill was a clear indication that both parties would wage war on inner cities, expand prisons and back harsher sentences. On a personal level, I really looked at this rhetoric and these policies in a different way while working on this film. When you look at it from the perspective of someone whose life hangs in the balance, it’s much more devastating and takes on a much greater sense of urgency.

How has the film impacted Warner's life? How was it, having him at Sundance?

We were able to bring Colin and KC to Sundance, and I know it was very gratifying for them to see how moved people are by their story. They always told me that their one wish for the film is that it inspires people to stand up for each other and fight for justice.