Sorry, but Chris Christie won't have a sports-radio gig for you to mock 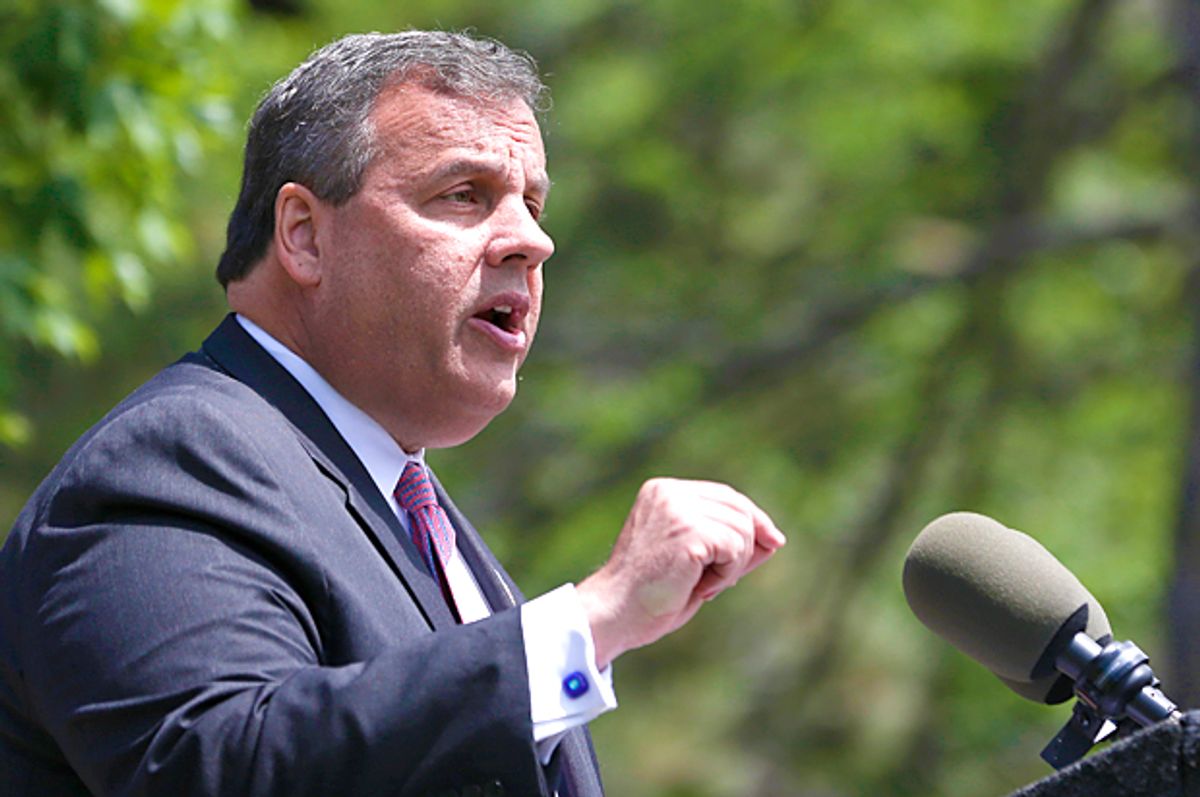 Chris Christie's post-gubernatorial career will not include a stint in sports radio, New York Daily News reported. The embattled New Jersey governor appeared to be a popular candidate for a hosting gig at New York's WFAN, but now he is no longer under consideration.

In response to the report, Christie issued a statement through a spokesperson declaring that he himself pulled out of the running, New Jersey's The Record reported.

"After considering the other options that I have been presented with for post-gubernatorial employment, I declined their request to do additional shows," Christie's statement said. "I made station executives aware that while I would be happy to continue to fill in for Boomer when asked and when available, that they should no longer consider me as a candidate interested in any job at WFAN when I leave the governorship. I made that clear to them prior to leaving for my family vacation two weeks ago."

Christie hosted a trial run on WFAN last month. It was supposed to be a standard sports-talk radio program, featuring callers asking Christie’s opinions on sports-related topics. However, one caller from New Jersey provoked Christie to go on a tirade, which ended with the governor dubbing him a "communist" and a "bum."

Christie's post-gubernatorial career prospects have taken quite a turn over the past year. During the presidential campaign of Donald Trump, Christie was thought to be in position to attain a high-ranking job in the administration. Christie was booted from the transition team, however, and now he seems to be lost in the wilderness, just like his sad approval ratings.