Four Confederate statues removed from University of Texas at Austin

Deep in the heart of Texas, Four statues to the Lost Cause have been torn down 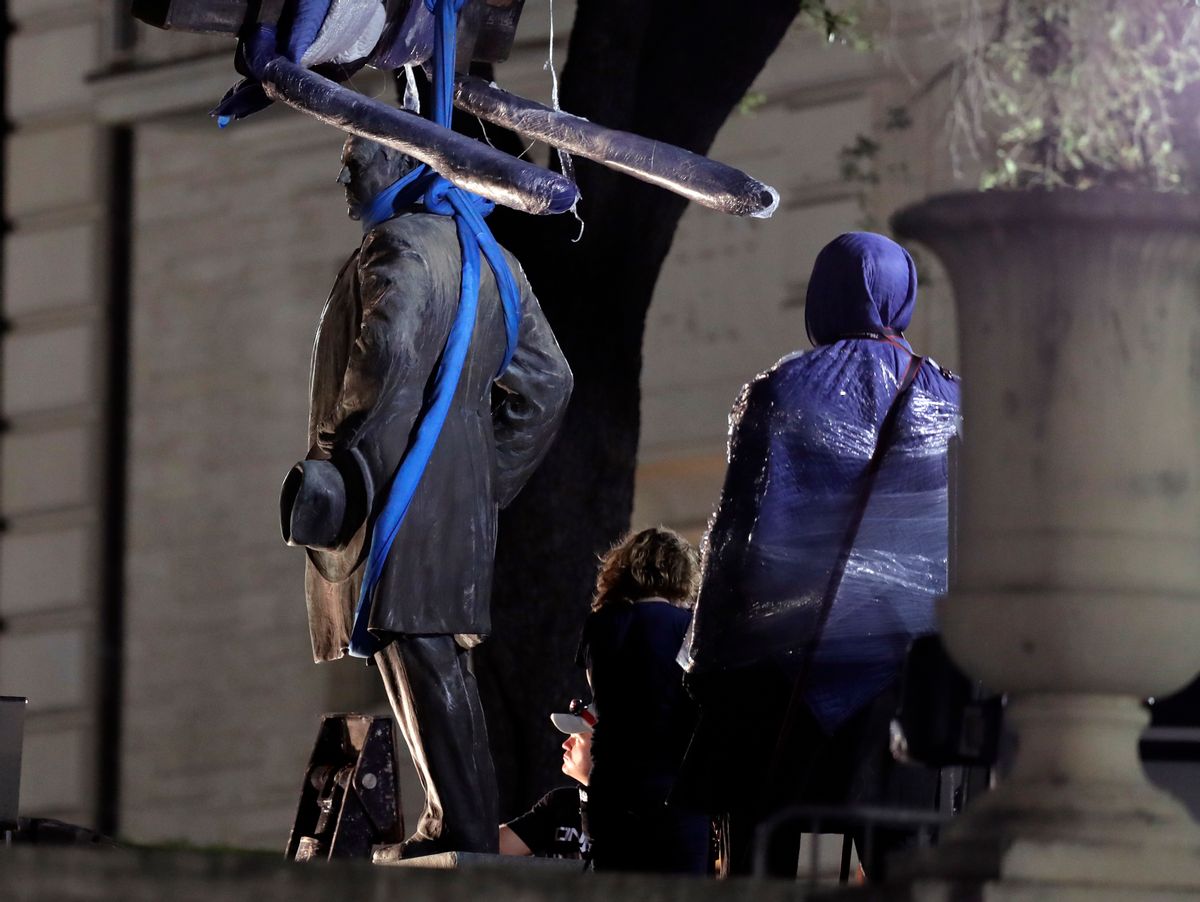 The University of Texas removed four Confederate statues from the Austin campus just hours after the president made the official decision. The effigies of General Robert E. Lee, Albert Sidney Johnston, John Reagan and James Stephen Hogg were taken down quickly overnight on Sunday.

According to an official statement posted to the university's website, Gregory L. Fenves, the president of UT-Austin, argued that since the fatal riots in Charlottesville, the statues have become "symbols of modern white supremacy and neo-Nazism" and must be removed. Crews worked throughout the night among a heavy police presence and protesters.

"The University of Texas at Austin has a duty to preserve and study history," he said in a statement. "But our duty also compels us to acknowledge that those parts of our history that run counter to the university’s core values, the values of our state and the enduring values of our nation do not belong on pedestals in the heart of the Forty Acres."

The statues of Lee, Johnston and Reagan will be relocated to the Briscoe Center for "scholarly study," and the statue of Hogg is being considered for a spot on another campus.

UT-Austin is the second university in the last week to remove Confederate statues from their campus. On Saturday, Duke University removed a statue of Lee from their campus chapel, which was vandalized three days prior. "I took this course of action to protect Duke Chapel, to ensure the vital safety of students and community members who worship there, and above all to express the deep and abiding values of our university," said University president Vincent Price.