How Evangelicals support white supremacy — even though they reject racism

People of color find themselves a casualty of Evangelical disinterest 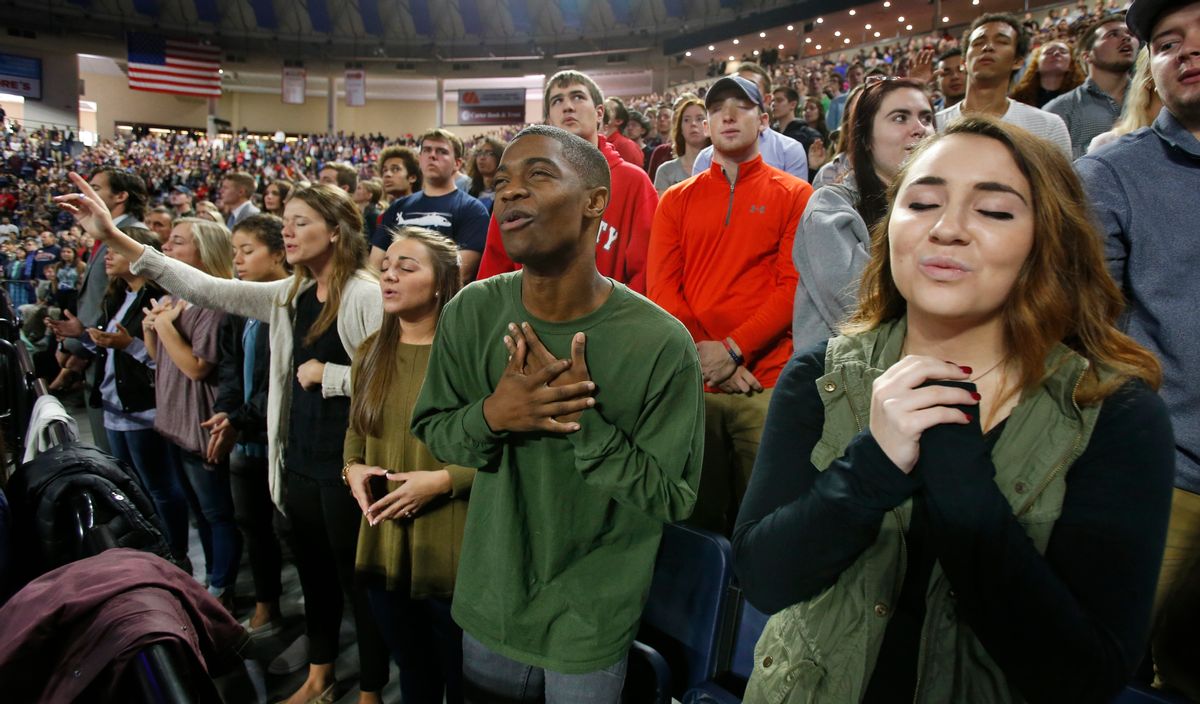 I spent most of my life inside the Evangelical Christian community. I’ve watched society puzzle over its relationship to white supremacy. Evangelical leaders seem oddly removed from the discussion, condemning racism but doing nothing pro-active about the problem. There's a reason for this phenomenon.

My Evangelical experience occured inside a large Southern Baptist Convention affiliated congregation called Spotswood Baptist Church in Virginia. The SBC is the largest Evangelical denomination in the United States, housing more than 15 million members. The only Christian body in the U.S. with more members is the Catholic Church.

Originally formed in partial defense of slavery, the SBC publicly rejects its racist roots. The apology and statement on race released by the SBC in the 1990s reads in part, “[W]e apologize to all African-Americans for condoning and/or perpetuating individual and systemic racism in our lifetime; and we genuinely repent of racism of which we have been guilty, whether consciously (Psalm 19:13) or unconsciously (Leviticus 4:27).” It continues “[W]e ask forgiveness from our African-American brothers and sisters.”

All good stuff. But what comes next should raise eyebrows: “[W]e hereby commit ourselves to eradicate racism in all its forms from Southern Baptist life and ministry.”

Southern Baptists don’t express any genuine interest in eradicating racism from the world ― just the denomination’s own community.

This is true across most of racism-rejecting Evangelicalism. This subset of Christians does not work toward racial equality in society in any organized way. Racial inequality outside the structure isn’t an area of interest or concern. But the reason isn't always obvious to outsiders.

Evangelicals do not avoid participation in racial advocacy because they support racism (although some do). They avoid it because of a genuine theological belief that the world is sinful and people cannot be redeemed outside their own structure. Attempts to eradicate racism in the world are perceived as futile for a religious group that believes in a literal future Armageddon.

The singular goal of Evangelicals is to get outsiders into the faith system. Racism is treated as a legitimate moral concern once the person has, in Evangelical parlance, committed their life to Jesus. Until then, Satan is the problem and racism one of many incurable symptoms.

Evangelicals view what they derisively name the “social gospel” to be a distraction from their primary goal of "soul winning." That said, some leading Evangelicals have tried in vain to convince members to care more in recent years. But indoctrination into the zero-sum theology of Evangelical Christianity has left congregants hardened and averse to such messages.

This extreme focus is why Evangelicals will animatedly support any politician who permits them the ability to further their messages, regardless of character. Trump's presidency is a moral cesspool, but conservative Christians view him as a tool to increase their own cultural reach. Trump’s character is trivial to them.

In the race to win lost souls, social movements dedicated to the well-being of any and all marginalized groups are a waste of time for Evangelicals, unless they produce converts. The same goes for support of government policies and politicians that help the citizenry at-large. The end goal is all that counts.

The reason I didn’t know racism was an actual societal problem until adulthood is because my life happened within the confines of an isolated community of people who overwhelming spoke out against overt racism in their own ranks and squashed conversation about the struggles people face outside the community by bringing the conversation back to society's need for God.

As far as Evangelicals are concerned, the only cure for racism is inside the doors to their churches. Everyone else can, and will, go to Hell.