Confederate statues? Remove 'em. Thomas Jefferson? Take his down, too 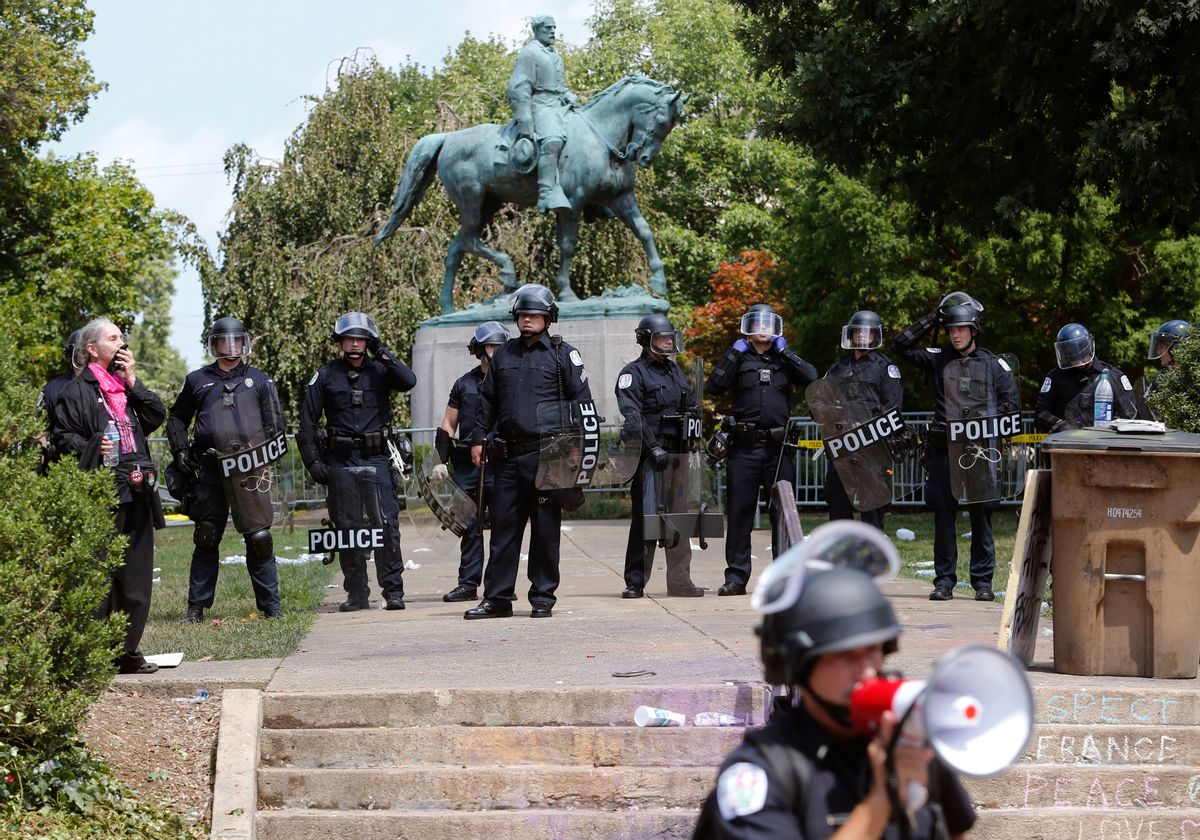 Donald Trump's recent rambling comments — in the middle of a mind-boggling press conference — included one phrase that stuck with me over the weekend.

“Many of those people were there to protest the taking down of the statue of Robert E Lee. This week, it is Robert E Lee and next week, Stonewall Jackson, he said. “Is it George Washington next? You have to ask yourself, where does it stop?”

I always found it funny when people could sit back and say the most racist things, but never ever under any circumstances want to be called a racist. But our president stood there and said that a pack of goons wrapped in Nazi logos and goofy fake Klan Tiki Torches weren't racist; they just really cared about a statue of a person who lost a war. Like they woke up every day, took a sip of coffee and then prayed to the statue of some failed general that believed black people should be in bondage.

There were other people in the crowd other than neo-Nazis and white nationalists. Maybe we can call them unaffiliated racists. It’s like they know they are racist, but just haven’t found the right team to hate with. The march in Charlottesville was probably a great networking opportunity. I wonder how many resumes the Klan collected.

And as far as George Washington and Thomas Jefferson are concerned – I think taking their statues down would be a great idea. Isn’t America supposed to be about moving forward, being progressive and creating a melting pot where all races and ethnicities can be happy? If so, then I’m really not happy. Looking at statues of slave owners like George Washington and Thomas Jefferson don’t bring me any joy, they actually make my skin crawl. So, if we are truly going to commit to equality – we must stop celebrating oppressors like Jefferson, acknowledge that Columbus did not discover America and trash all of those Confederate memorials because the South lost, slavery is wrong and we need to raise or standards.