The U.S. has tried sending nuclear waste into space — but so far, there's been no ideal solution 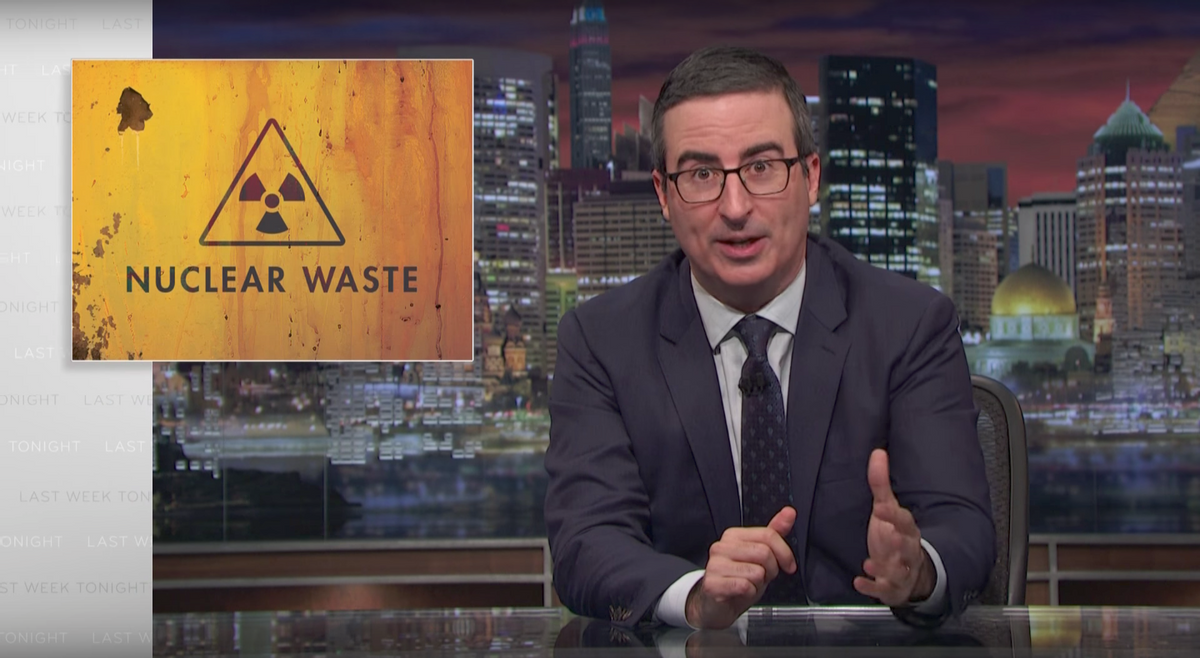 As if the U.S. didn't have enough problems, "Last Week Tonight" host John Oliver said Sunday that there was another distressing situation Americans have to keep an eye on: nuclear waste, “the worst type of garbage that raccoons can get into,” he said.

Oliver revealed that nuclear waste is so ubiquitous in the U.S. that one out of three Americans lives within 50 miles of high-level nuclear waste, some of which, like Plutonium, is lethally dangerous and will be around for about the end of time — roughly 250,000 years, the half-life of nuclear waste.

Some of the current sites in the U.S. that contain nuclear waste are woefully unsafe. In California, for example, there is a nuclear waste plant that was built on a fault line, which sounds like the plot of “a movie starring the Rock that you watch on a plane,” Oliver said.

Waste leakage is not uncommon in the U.S. Take, for instance, a plant in South Carolina, which had nuclear waste leak into the Savannah River, which actually produced radioactive alligators.

Over the years, the U.S. has tried many ways to get rid of nuclear waste.

"The truth is, tossing barrels full of nuclear waste into the ocean and shooting them with machine guns is actually preferable to at least one genuine other idea that was thankfully rejected and that was blasting it into space," the comedian said.

Oliver proposed what the U.S. really needs is some kind of "nuclear toilet."

The Yucca Mountain nuclear waste repository in Nevada was supposed to be that toilet, but the project stalled because Nevadians did not want a toilet in their backyard.