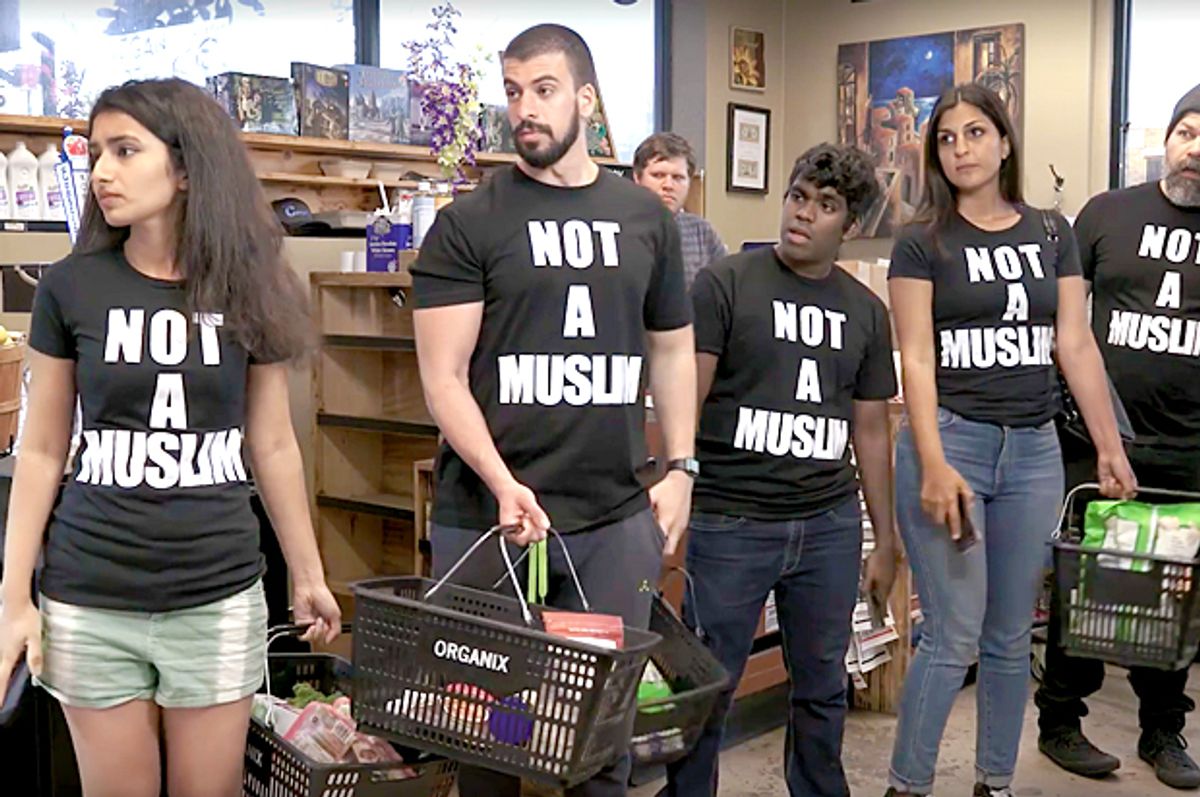 Egyptian comedian Bassem Youssef has created a sure-fire way to combat Islamophobia by introducing a "Muslim Morning After Kit."

Youssef, a satirist who has been dubbed the "Egyptian Jon Stewart," partnered with the entertainment site CAFE for a satirical commercial hawking a innovative " kit" that will protect Muslims in America "from anyone who may want to hurt you because they think you vaguely resemble a terrorist."

The parody video sheds light on the excess of racial stereotypes Muslims encounter on a daily basis — while poking fun at white people who don't think they're racist. The "kit" Youssef introduces includes American flags "to drape all over your house every direction," a T-shirt that says "one of the good ones" on it, an audio exercise CD that helps users sound more "white," a photo with country singer Toby Keith and a backpack patch that says "just some books and a laptop." Additionally, the kit comes with an audio recording keychain stocked with phrases familiar to Muslims following a terrorist attack such as"I hereby condemn yesterday's terrorist attack and all terrorist attacks. Buh-bye!"

As an added bonus, the kit comes with a "White Flight" computer app that detects the location of people who have posted on an "alt-right" Facebook group or Reddit thread. "If whites get close, you'll know to take flight as quickly as possible," Youssef says.

And for those who aren't Muslim but may "look it," Youssef has the kit for you: the “Vaguely Muslim-Looking Morning After Kit."

In addition to producing this satirical skewering of Islamophobia, Youssef has become the subject of a new documentary, "Tickling Giants," chronicling his life as a persecuted political commentator in Egypt.