"What kind of culture clings to these monuments in 2017?" asks man who vandalizes a Columbus memorial in Baltimore 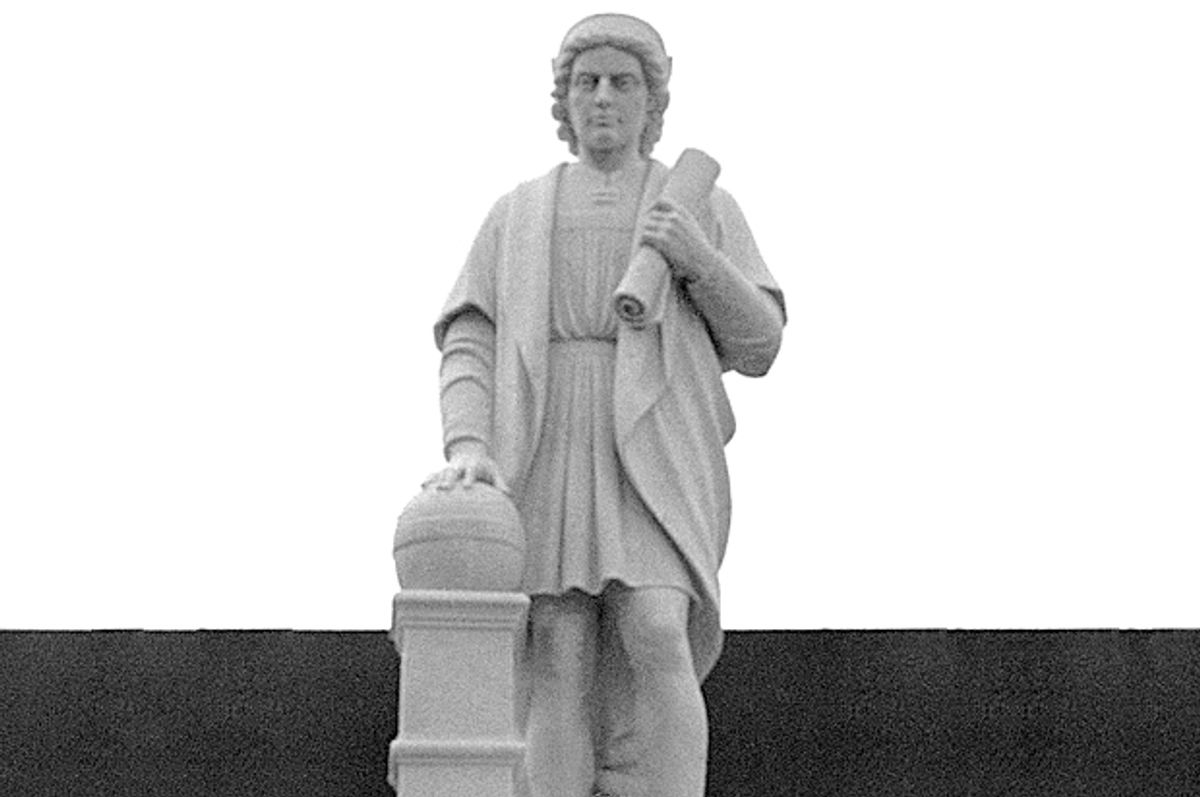 Baltimore was one of the first cities to act quickly after the riots in Charlottesville, Virigina by removing several Confederate monuments last week. One Baltimore resident, however, decided that wasn't enough and took matters into his own hands by laying a hammer to the oldest monument to Christopher Columbus in North America.

"Christopher Columbus signifies the initial invasion of European capitalism into the Western Hemisphere," said the man, who identifies as "Ty," a Baltimore City resident and narrator of a video posted to YouTube today documenting the destruction.

Columbus initiated a centuries-old wave of terrorism, murder, genocide, rape, slavery, ecological degradation and capitalist exploitation of labor in the Americas. That Columbian wave of destruction continues on the backs of Indigenous, African-American and brown people.

The footage follows a man walking, sledge hammer in hand (it's unclear if this person is Ty). Once the man reaches the memorial obelisk, he tapes a sign to the statue's base that reads: "THE FUTURE IS RACIAL AND ECONOMIC JUSTICE."

As the man smashes the hammer into the monument — destroying the plaque at the base of the obelisk — another man holds a sign that says: "RACISM TEAR IT DOWN."

Confederate monuments have garnered more and more of the country's attention and demonstration since the white supremacist protest in Charlottesville over a week ago. Organizers of a rally in Columbus, Ohio Friday sought to remove the city's Columbus statue. There was a similar rally in Detroit as well.

See the full video below: