Al Franken: Donald Trump has no sense of humor, isn't "funny at all"

In a podcast interview with Seth Meyers, Sen. Al Franken discusses his new book and his fellow colleagues 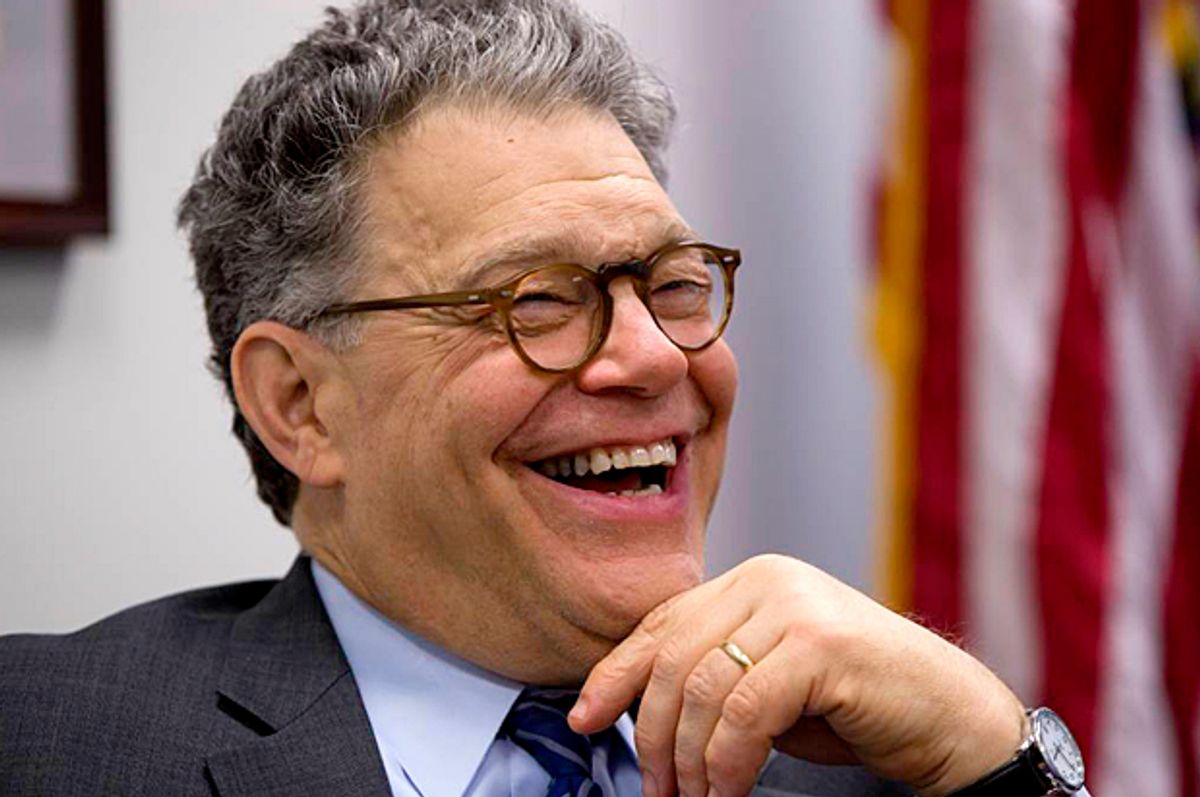 On a special episode of the Talkhouse Podcast released on Tuesday, Sen. Al Franken D-Minn., sat down with "Late Night" host Seth Meyers in a wide-ranging interview that covered topics such as Franken's new book, and the sense of humor, or lack thereof, amongst his colleagues in the Senate.

"There's a reason you don't tell jokes on the floor of the Senate," Franken said during the interview, which took place earlier this month at the Great Hall at Cooper Union in New York City. "Because there's no one there."

Franken discusses what it's like working with his Republican colleagues such as former Senator and current Attorney General Jeff Sessions, as well as Sens. Ted Cruz, R-Texas, and Lindsey Graham, R-S.C. According to Franken, Graham is a "really funny guy."

"Last year when he was running," Franken explained. "I went up to him and said, ‘Lindsey, if I were voting in the Republican primaries, I’d vote for you,' and he said, 'That’s my problem.'"

Former Senator Tom Coburn R-Okla., had "no sense of humor," according to Franken. The former comedian sat down with Coburn for breakfast one morning, and emphasized that the two should "have fun" during their meal so they could become more familiar with each other. Franken proceeded to jokingly asked Coburn — a former doctor — if doctors in Oklahoma were required to have "any formal education."

According to Franken, Coburn replied "Yes! You've got to go to medical school!" Franken said he explained that he was only kidding and said the rest of the breakfast was "fun" and that he "explained to him what jokes were."

When asked about President Donald Trump's sense of humor and if he thought Trump was funny Franken bluntly said, "no" and that he doesn't "think he's funny at all."

"The fact that he exists is in certain ways funny, but not really," Franken said.

Listen to the full podcast below.