Author Mark Lilla on liberals: "We've been losing for 30 years" 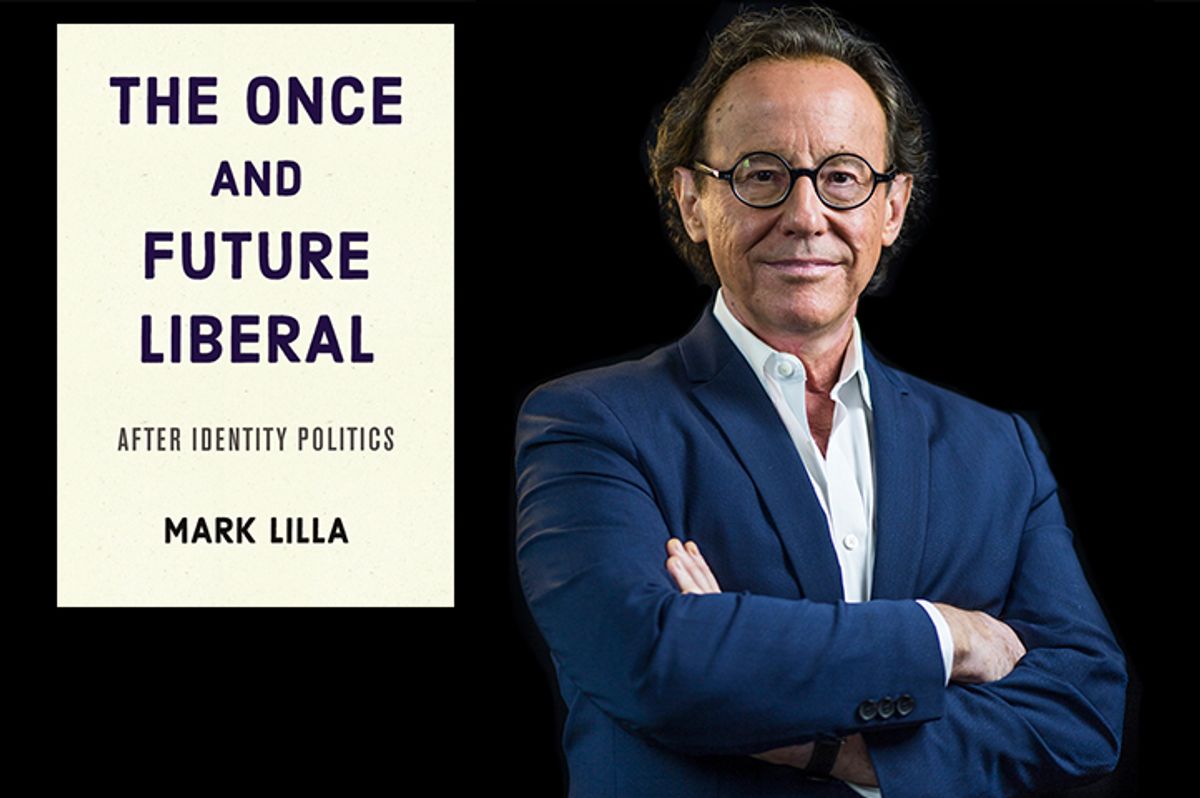 In Mark Lilla's new book "The Once and Future Liberal: After Identity Politics," he argues that "the age of identity liberalism must be brought to an end." It's a sentiment that evolved from his highly controversial article in The New York Times, published just after Donald Trump was elected president, in which he wrote that movement politics and the celebration of difference have become a disaster for the Democratic Party and left-liberal politics in general. Lilla spoke with Salon's Amanda Marcotte about regaining voters and power, and the Democrats adopting a more inclusive message.

On where Democrats get it wrong:

We've been losing for 30 years, so obviously we're doing something very, very wrong, and I think part of it is thinking of the institutional politics as coalition-building. If we think of politics on our side as coalition-building and simply ascending groups, we will not get to the state where we need to, which is to articulate a vision.

And we also have to remember movement politics in this country is happening in the glare of right-wing media. Now, this is a fact of our lives, and we can't wish it away, and we cannot ignore it. If we're serious about winning back people, let's say people who voted for Obama and then voted for Trump, and having a message that they might go for, we have to get our act together, and not act like this is just a festival, or it's about self-expression.

On moving forward and seizing power on an institutional level:

We cannot help the people we care about if we do not seize power back from the Republicans. It's just talk, unless we actually hold power.

Institutional politics is not about speaking truth to power. That's what movements can do. It's about seizing power to defend the truth, and the place we're at now, on our side, I think all of our energies must be devoted to that.

Watch the video for more of our conversation about identity politics.