A popular Fox News host can't get over the eclipse 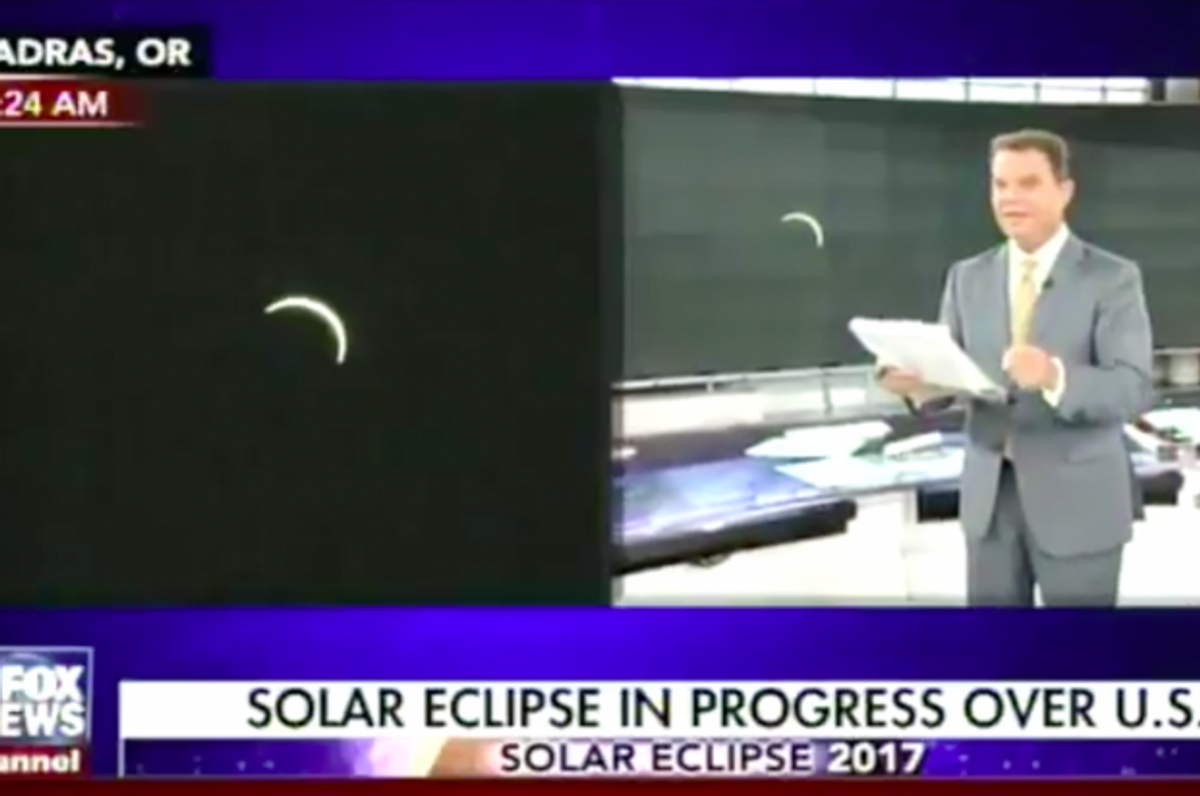 This article originally appeared on Death and Taxes.

One of the best part of the supercut involves Smith being delightfully bitchy when teasing the other news networks. “This is where we watch all four of the cable networks,” Smith said while pointing to monitors. “We don’t count CNBC . . . Over on MSNBC it’s just sort of dark and vacant. You know?”

Smith also delved into prop comedy with his computer mouse and iPhone.

“If I put this [mouse] here, and my phone here,” Smith said, while playing with his toys, “I have a total eclipse of the phone.”

At least someone is having fun over there.