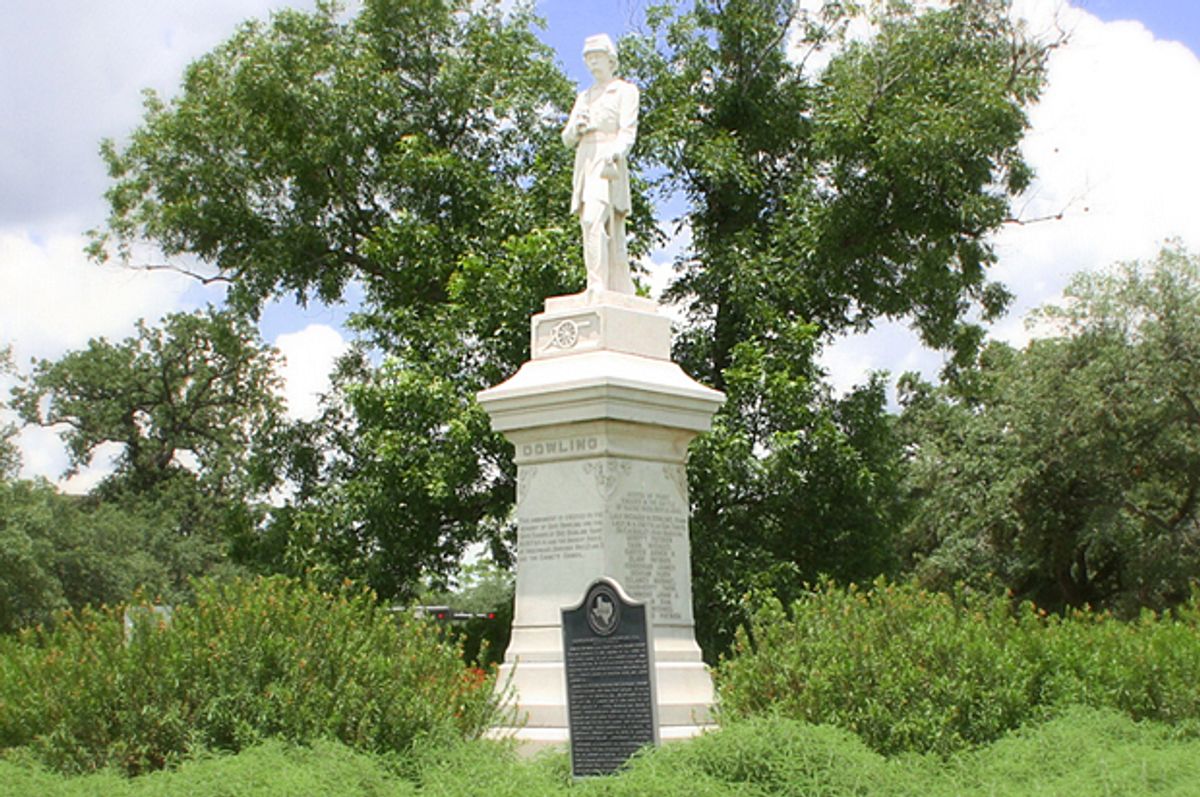 In a violent, gravely unfortunate episode in the ongoing debate over the removal or preservation of Confederate memorials, a Houston man has been arrested and charged with attempting to destroy one such monument with explosives.

Local authorities announced Monday that a park ranger found Andrew Cecil Schneck, 25, kneeling in the bushes next to a monument to local businessman and Confederate Major Richard W. Dowling in Houston's Hermann Park. He was, according to reports, in possession of two boxes containing "what appeared to be duct tape and wires" and a bottle filled with liquids that can be used to create explosives. According to the police report, when asked if he was planning to cause harm to the statue, Schneck replied that he did not "like that guy".

Authorities have charged Schneck with "attempting to maliciously damage or destroy property receiving federal financial assistance." Given that both the statue and the grounds around it fall under federal jurisdiction, federal prosecutors are handling the case.

This is not Schneck's first brush with the law involving explosives. Authorities charged the former chemistry major with improperly storing explosives in 2014 — a charge that led to a plea deal which included the stipulation that Schneck not handle explosives in any way.

This is also not the first time the 112-year-old statue of Dowling been wrapped up in the headlines. From the spring through to the summer, the many statues across Houston honoring either Confederate leaders or Confederate soldiers have inspired protests, counter protests and multiple pleas for preservation or removal. In June, armed protestors surrounded the statue of Dowling, objecting to rumors that authorities were planning to remove it. Those rumors turned out to be baseless.

The attempted destruction of the Dowling memorial follows closely after the vandalism of a obelisk honoring Christopher Columbus in Baltimore. While not as potentially deadly as Schneck's alleged attempt, the destruction of a plaque on that Baltimore monument with a sledgehammer also marks a what may be the start of a violent, worrying trend in the debate over monuments that, to many, represent America's history of white supremacy.