Man who stood before Robert E. Lee statue with a Confederate flag was also heavily armed 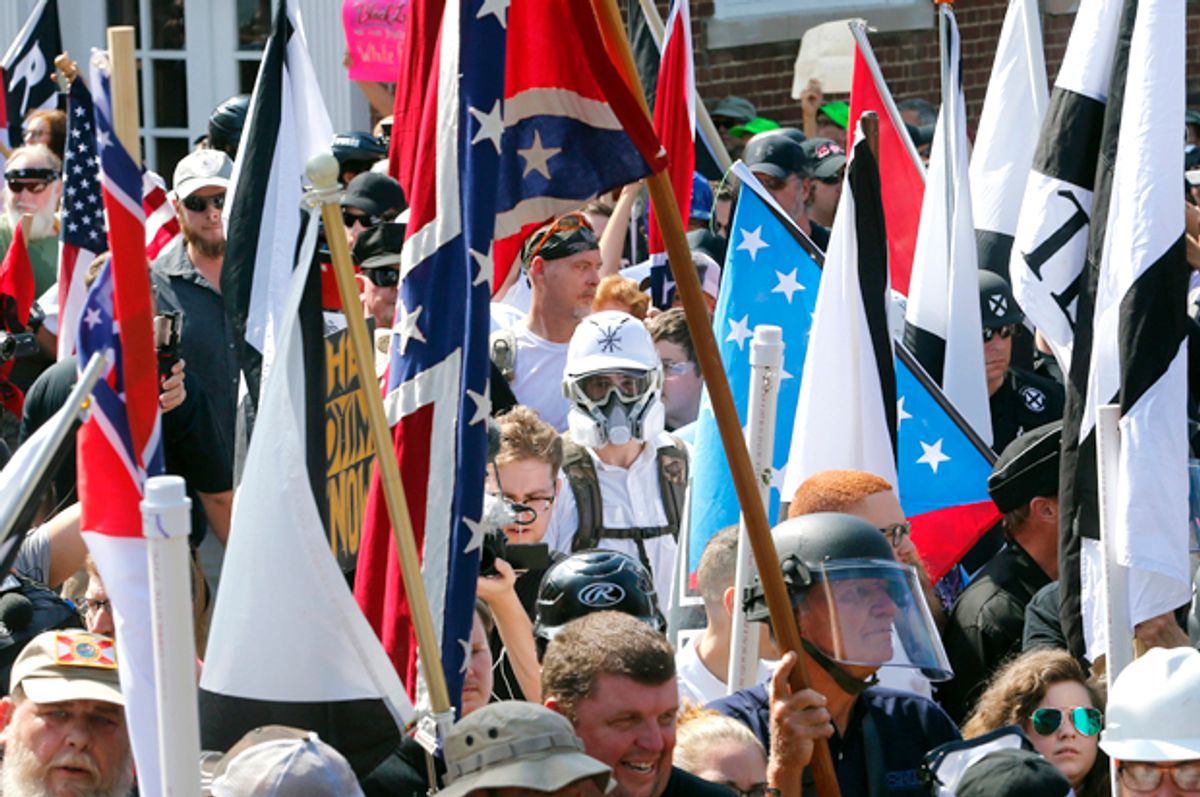 A North Carolina man dressed as a Confederate soldier who was standing in front of the Robert E. Lee statue in Charlottesville, Virginia, was just booted from his college. A photo of a woman flipping off the man went viral last week after white supremacists and neo-nazis held rallies in the city.

Allen Armentrout was holding a massive Confederate flag as he faced the statue of Robert E. Lee with a salute because he believes he was "the greatest American that ever lived," according to North Carolina ABC affiliate WXII.

But what you couldn't see in the viral photograph is that Armentrout was also armed with multiple guns.

When one man yelled at Armentrout and said, "This is our town. Your people have killed us. You tore up our town. You ruined business. The statue is coming down," Armentrout reportedly replied, "No, it's not. The state of Virginia has a law that protects monuments like this."

Last Thursday, days after he stood in front of the statue, Armentrout found out that he was removed from Pensacola Christian College. "I have been released from my school and will be unable to return to college to finish my senior year," he said, according to WXII. "I'm processing this and making adjustments to my life to compensate for this scrutiny."

"I'm a born-again Christian and I believe this wrench has hindered my attempt to serve the Lord. I believe a Christian institution should support patriotic individuals who want to stand for American tradition and beliefs. It really hurts me a lot when you try to do what's right and you get attacked," he continued.

"At the college I was attending, my contract provided my fourth year free if I paid my payments on time, which I worked very hard to do," he told WXII. "Now, essentially, if I want to complete my undergrad, I'll have to pay, which I don't have the resources to pay for a fourth year."

In a video Armentrout can be heard saying, "they [counter protestors] need to know what they [the Confederacy] fought for wasn’t slavery or oppression."