Beltway pundits fall for another Trump "pivot" on Afghanistan — as always, they're wrong 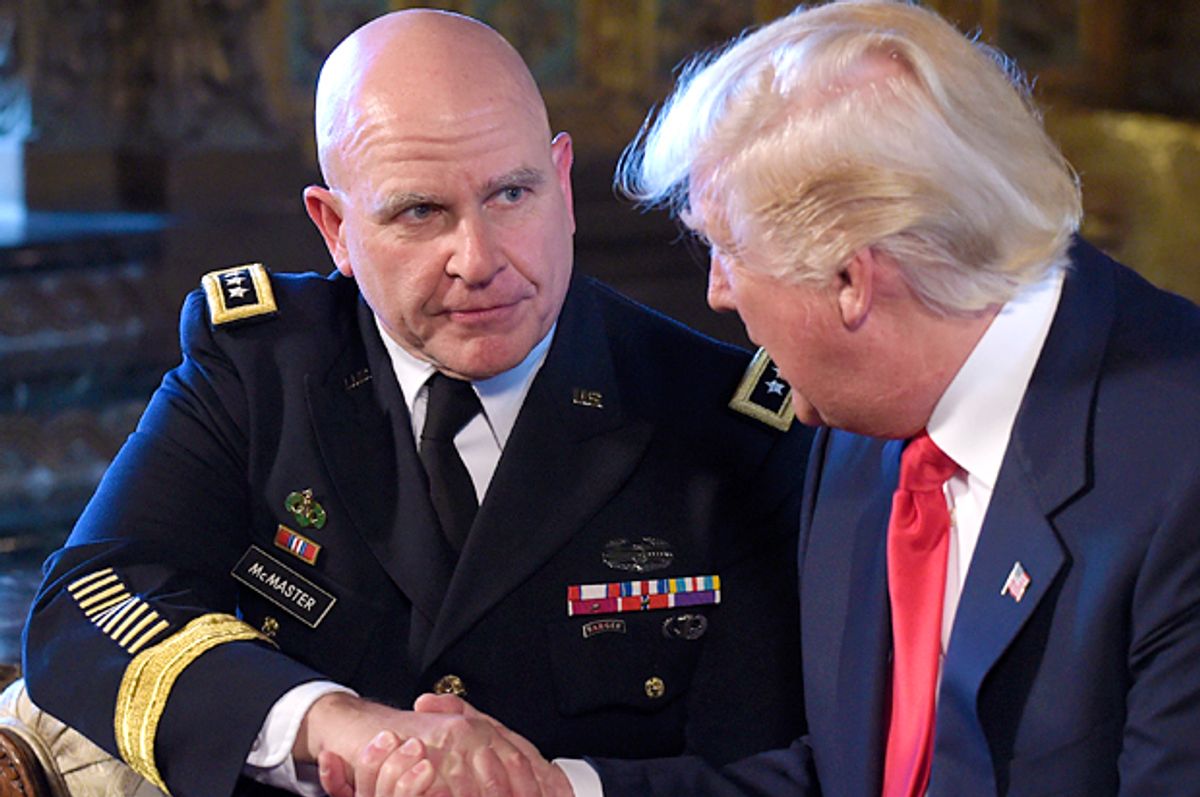 Lance Armstrong was entirely driven from his sport for using performance enhancing drugs during his seven Tour de France victories. He was banned for life from ever competing in a sanctioned event and, as if that wasn’t enough, he was driven from public acclaim for repeatedly lying about whether he was doping during his unrivaled streak of yellow jersey victories. We’re ultimately talking about bicycle racing here, and while integrity in sports is important -- in setting an example for younger fans, especially -- there’s nothing particularly earth-shattering about being caught cheating in sports, be it cycling, baseball or Olympic competitions. (Football, for some reason, mostly gets a pass when it comes to drugs.) Hell, Marion Jones served six months in prison partly for her use of performance-enhancing drugs during her Olympic participation.

Donald Trump, on the other hand, is still at large.

I’m not here to re-litigate the Armstrong or Jones sagas one way or another, but it’s bizarre how quickly the American public has been willing to punish and exile athletes who don’t play fair, while Trump somehow continues to serve as our chief executive despite committing trespasses far worse than using a banned supplement during a bike race. It was ultimately the tenacity of the sporting press that began the unrelenting attack on Armstrong’s deception. With Trump, the political press has also risen to the occasion by digging into Trump’s ongoing malfeasance. But all along there has been a subset of reporters and pundits who are desperate to declare Trump to be -- finally -- presidential. There’s a recurring glitch that triggers these participants in the debate toward the knee-jerk take that “Trump is finally pivoting!” It’s like the old Lucy and Charlie Brown football ruse from "Peanuts," and they keep falling for it.

You might recall the countless other occasions in which Trump has apparently pivoted to being a normal president, only to snap back hastily to his erratic, obnoxious and perhaps pathological self. The most notable example of this phenomenon followed the U.S. missile attack on an airstrip in Syria, when the Beltway press corps swooned en masse and CNN’s otherwise insightful Fareed Zakaria sprinkled holy water over the White House, declaring, “Trump became president tonight.” Yes, because Trump really needed an extra incentive to bomb additional targets, right? Fast forwarding to Trump’s speech this week about his newly minted troop surge in Afghanistan, and Philip Rucker of The Washington Post tweeted:

Yes, it was “a new President Trump,” at least until he stepped onto the stage in Phoenix on Tuesday night for another screechgasm, disproving every undeserved positive word spoken about him the night before. This happens every single time, yet there are very serious political analysts who will continue to insist that Trump has officially pivoted whenever he manages to read off a prompter without choking on his own Chinese-made necktie. Every time Trump manages to make it through a public appearance without exposing himself or screaming passages from “Mein Kampf" in the original German, he’s summarily ordained as “presidential.” But there’s nothing remotely presidential about this president. Nothing.

How many chances does he get? Far more than Armstrong or other less important public figures have been given. (What’s worse? Lying about PEDs in cycling or sympathizing with Nazis and KKK members? You decide.) Frankly, he should’ve been driven from the national stage after he mocked reporter Serge Kovaleski’s disability, or after he attacked a Gold Star family, or after he repeatedly incited violence at his rallies, or after he was caught on video admitting to molesting women, or after he was caught on video sexually propositioning a 10-year-old girl, or after he acted like bully Alan White from “Freaks & Geeks” during three presidential debates, or after he admitted to firing James Comey in order to obstruct the Russia investigation. The list goes on and on.

Trump has been guilty of so many heinous words and deeds, it’s nearly impossible to remember specific instances from any given week. Somehow, for reasons entirely lost on normals including me, Americans pull their punches and refuse to hector Trump out of politics with the same vigor they’ve hectored so many others -- celebrities, politicians and athletes alike. They refuse to hold Trump accountable for his growing roster of horrible things, most recently his sympathetic words about Nazis and white supremacists.

Trump, for some reason, endures.

He endures despite the fact that his apparently well-received Afghanistan speech included the applause line: “We will fight to win.” On the surface and to anyone who hasn’t had any skin in the Afghan war, this might seem like an innocuous turn of phrase. But what does it say to the thousands of soldiers and wounded warriors who’ve already, for nearly two decades, fought like hell to win? What does it say to the thousands of families who’ve lost loved ones in Afghanistan? Were they not fighting to win? Of course, all American soldiers deployed to the Afpak theater have fought and died in order to win the war. For Trump to suggest that fighting to win is a brand new development insults the men and women who’ve sacrificed so much in this 16-year enterprise in South Asia.

What if Trump actually did it? What if he pivoted?  What if he miraculously transformed his presidency and abandoned all his crutches, tweets and insane non-sequiturs? Would it expunge his prior scandals? It shouldn’t, but given the brownie points hurled in his direction for every instance of not-so-crazy behavior, it probably would.

Either way, enough is enough. If the president delivers a prompter speech, it proves exactly one thing: He can read, so please don't insult him by suggesting otherwise. Beyond that, it proves little else. Trump will continue to recite his prepared remarks awkwardly, shifting his off-balance torso from side to side as he squints to read the scripted text he didn’t write, and there won’t be anything noteworthy about his performance. And, yes, he will also continue to shriek like a drunken, poorly coiffed hyena during his rallies. What we saw in Phoenix is the real Trump.

Yet the Fareed Zakarias and Philip Ruckers of the world will desperately point to his prepared speeches as indications that the president has finally abandoned the path of darkness for more respectable, more "presidential" endeavors. Wrong. It was wrong a year ago, it was wrong 216 days ago when he was inaugurated, and it will be wrong until the day he’s hopefully driven from office. Though considering his unlimited E-ZPass for sailing through one scandal after another, I’m beginning to wonder whether we’re stuck with this monster for the long run.